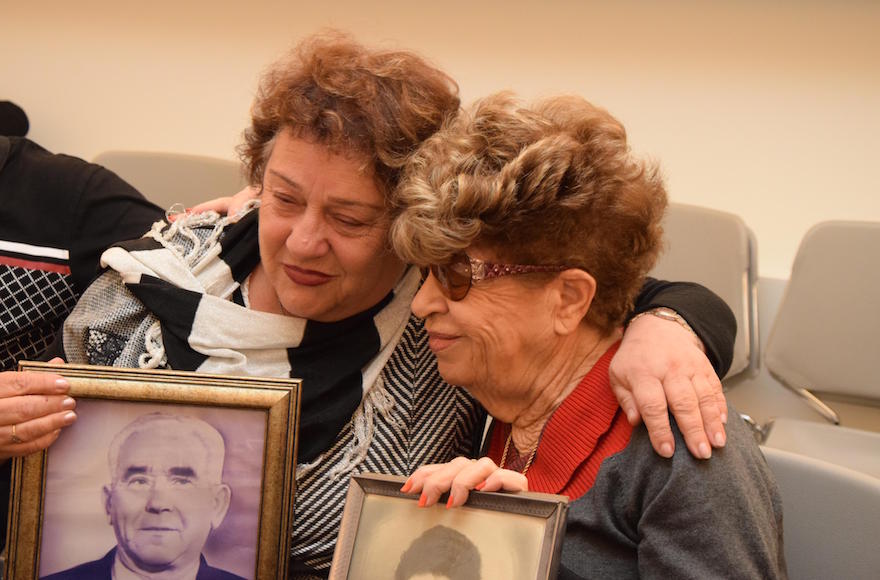 Fania Blakay, left, embracing her cousin Henia Moskowitz after they were united at the Yad Vashem Holocaust museum in Jerusalem, Dec. 13, 2016. (Courtesy of Yad Vashem).
Advertisement

(JTA) — Two pairs of Polish Jewish siblings, who each believed their entire families died in the Holocaust, met for the first time at the Yad Vashem Holocaust museum in Jerusalem.

The tale started earlier this year when one of the siblings, Fania Blakay, found a testimony in the Yad Vashem database about her father. The testimony had been filled out by her father’s brother-in-law, who Blakay had been told had died.

The brother in-law, it turns out, had actually survived the Holocaust and immigrated with his wife and daughters to Israel. The daughters — Blakay’s cousins — were living in Israel.

On Tuesday, Blakay and her brother Gennadi Band — both of whom also live in Israel — were united with their first cousins Henia Moskowitz and Rywka Patchnik.

“I am deeply moved and very happy,” Blakay said, according to a statement. “My father always searched for members of his family and dreamed of finding them. He was alone. But ultimately, in this meeting today, his dream has finally come true.”

Moskowitz said that when she initially received a call from Yad Vashem, she did not believe the news.

“At first, I thought this news was a mistake. However, today when we met, I felt a connection at first sight; my family has grown overnight,” Moskowitz said. “Thanks to Yad Vashem, we discovered that we are not alone.”

Though the family was originally from Warsaw, it turned out that the cousins, all of whom were born in 1924-1942, and their parents had all fled to the Soviet Union during the war. 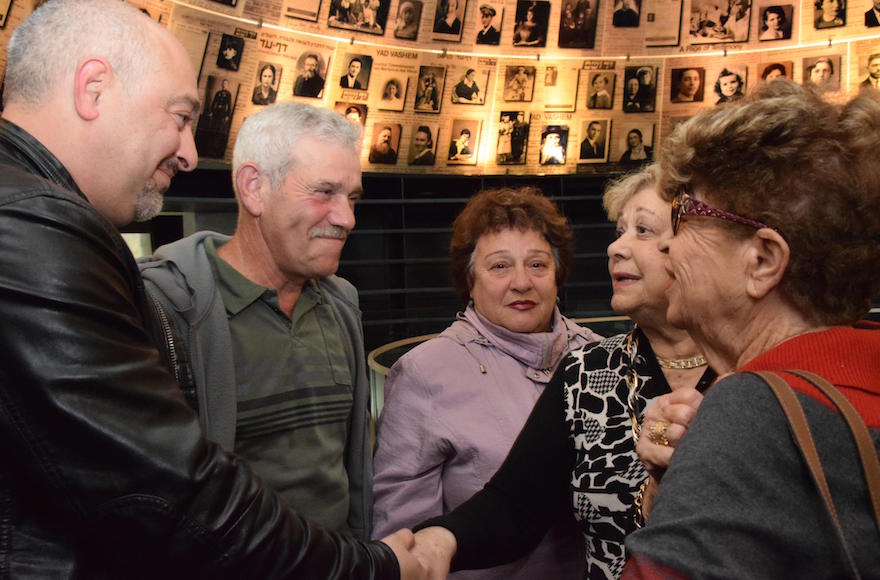 First cousins who thought their entire families had died in the Holocaust uniting at Yad Vashem, Dec. 13, 2016. (Courtesy of Yad Vashem)