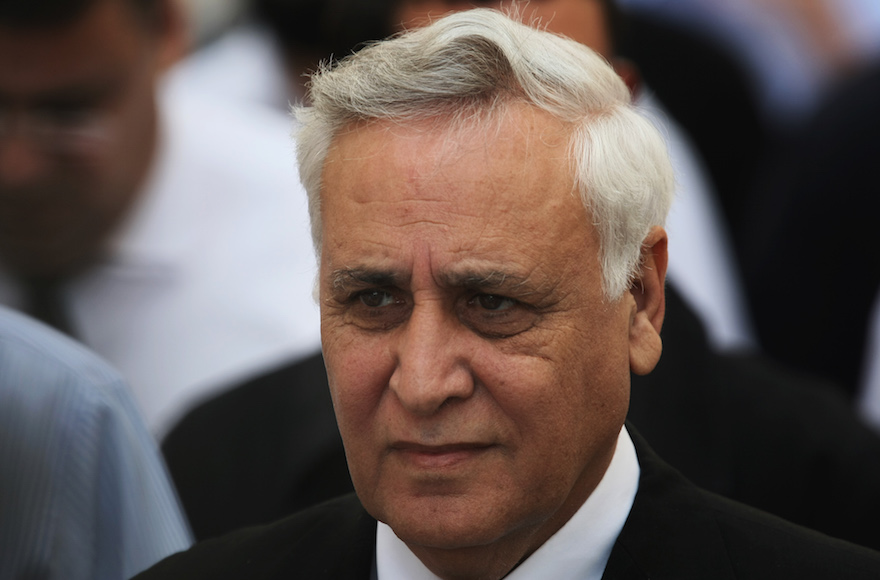 JERUSALEM (JTA) — Former Israeli President Moshe Katsav will receive an early release from prison, where he is serving a sentence for rape and other sexual assault convictions.

Katsav, 71, on Sunday received the early parole from the Israel Prisons Service Parole Board. It was his third request.

Katsav has served five years of a seven-year jail sentence for rape, sexual assault and harassment. He began his sentence in December 2011 and was scheduled to be released in December 2018.

Early parole of up to a one-third reduction in a sentence is common in Israel.

Following his release, Katsav will have to meet regularly with a parole officer, attend rehabilitation and therapy, and refrain from speaking to the media.

The charges stem from complaints by various subordinates when Katsav served as tourism minister and president.

Katsav is the first Israeli president to be sentenced to prison.

He resigned in the wake of the allegations shortly before the end of his term in 2007 and was succeeded by Shimon Peres.

Katsav, who immigrated to Israel from Iran in 1951, was elected president by the Knesset in 2000 in an upset over Peres.