8 books for 8 nights of Hanukkah 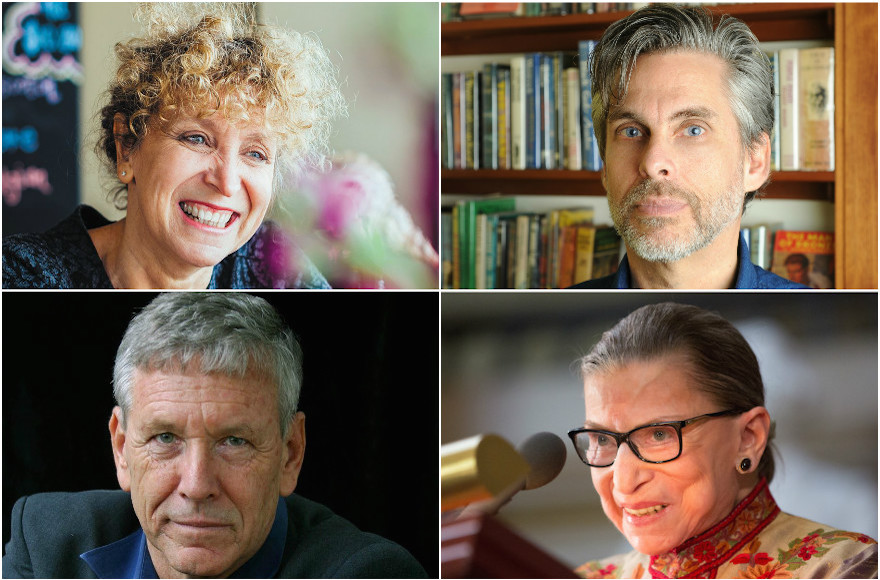 (JTA) — Hanukkah is “late” this year (no disrespect to lunar-calendar literalists), which means winter will be well underway by the time those first lights are lit. What better time to curl up with a good book than when the weather outside is frightful, but the latkes are so delightful?

So, in the spirit of Hanukkah, whether you’re looking to rededicate yourself to literature or just find the right gift (or eight) for a favorite fervent reader, here is the only wish list you need. You’re welcome. 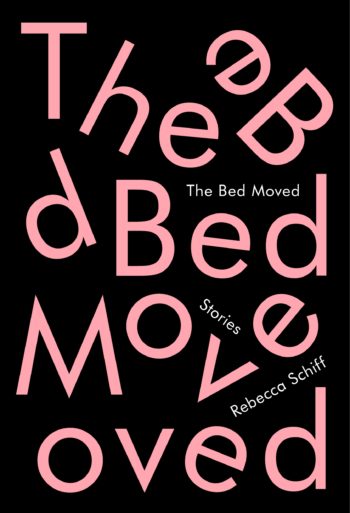 Sex and death? Just two of the topics that Schiff explores with wit and warmth in what the New York Times Book Review has called a “stellar” debut short story collection that reads like “an Amy Schumer sketch as chewed up by Andrea Dworkin.” Twenty-three pithy selections overflow with Schiff’s fictionalized, millennial observations and sometimes pain-induced humor from situations as diverse as geology camp, a “clothing optional resort,” a funeral and an old bat mitzvah video — not to mention more than one reflection on what it means to be “Jewish-ish.” 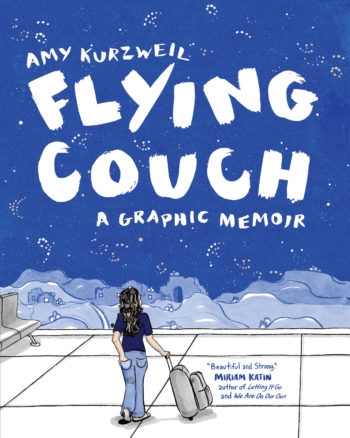 Another debut — this one with illustrations and plenty of heart. With words and images, Kurzweil weaves her own coming-of-age-as-an-artist tale into the stories of her psychologist mother and her grandmother, a survivor who escaped from the Warsaw Ghetto. What results are portraits — literally — of three remarkable and very different women linked by a common legacy. As Holocaust literature goes, this is a bold and creative addition to the cannon, as well as an original reflection on the power of memory and the meaning of family. 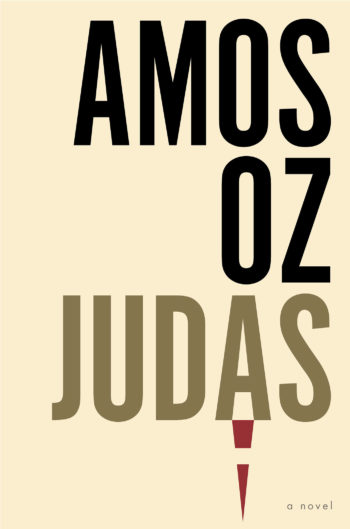 The newest novel from the 77-year-old icon of Israeli literature provocatively revisits the story of the Crucifixion in a way that removes the stain from the title character and embeds within it a mid-20th century narrative about a young Bible scholar. Oz’s prose, as captured in English by de Lange, illuminates an exquisite coming-of-age romance that also manages to comment on the origins of Zionism, the perception of the Israeli left and what it truly means to be a traitor. 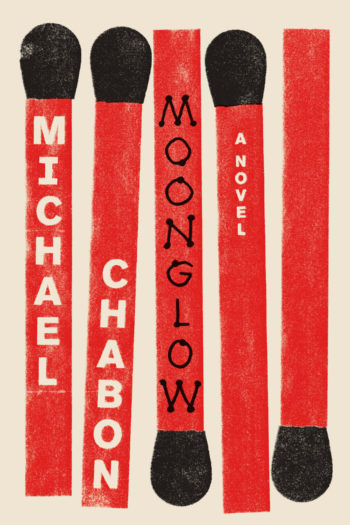 Inspired by his own grandfather’s deathbed recollections and confessions, the best-selling author of “Telegraph Avenue” has crafted what the book’s own blurb touts as “a work of fictional non-fiction, an autobiography wrapped in a novel disguised as a memoir.” Via the narrator — a fictionalized version of himself — Chabon propels readers from the prewar Jewish slums of South Philadelphia through the darkness and light of a rapidly advancing 20th-century America. It’s a meticulously researched but completely imagined tale that is ultimately about the power and danger of keeping secrets and telling lies.

My Own Words (Simon & Schuster)
By Ruth Bader Ginsburg, with Mary Hartnett and Wendy W. Williams 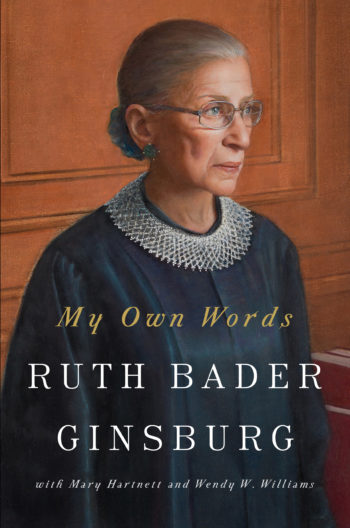 Long before she became “The Notorious RBG,” Justice Ruth Bader Ginsburg was a relentless legal trailblazer. “My Own Words” is a collection of writings and speeches — dating all the way back to eighth grade — by the first Jewish woman appointed to the Supreme Court (in 1993), and includes her thoughts on everything from gender equality and her Jewish identity to her relationship with her colleagues and passion for opera. Ginsburg penned a new foreword for the book, and each chapter is introduced by her official biographers, Hartnett and Williams — whose own volume won’t be released until after Ginsburg leaves the court. 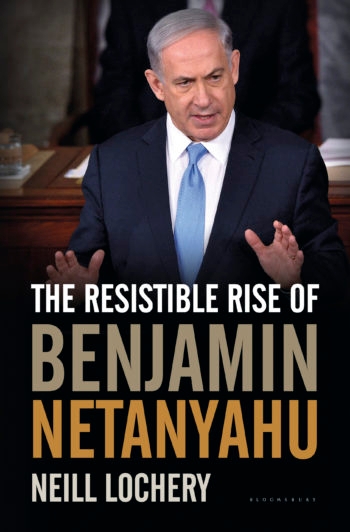 Lochery, a professor of Middle Eastern and Mediterranean studies at University College London, offers the first book-length profile in English of Israel’s current and potentially longest-serving prime minister — if he can hold out until 2018, that is. If there is a central premise to the narrative that traces Netanyahu’s career and the issues he has confronted, it’s that his often polarizing leadership is marked not by successes but by survival. Based on 25 years of research and reporting, the book also examines how the nonstop news cycle has transformed Israeli politics, how the U.S. role has changed in the Middle East — and the critical part the telegenic, Americanized Bibi has played in it all. 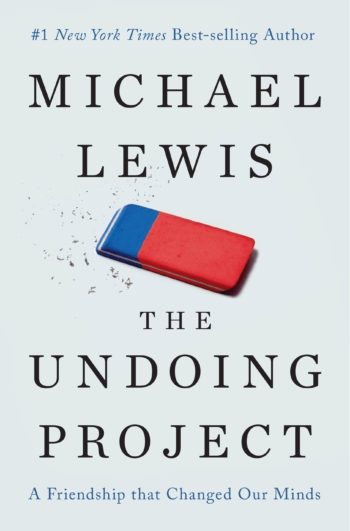 We human beings like to trust our gut. But thanks to the research of Israeli psychologists Daniel Kahneman and Amos Tversky, our assumptions about our decision-making processes in uncertain situations have been radically undone, changing how we think about how we think. Kahneman and Tversky’s work gave rise to the field of behavioral economics, advances in medicine and new approaches to government regulation. Lewis — the best-selling author of “Moneyball,” “The Blind Side” and “The Big Short,” among others — chronicles the remarkable relationship of these two remarkable men, a story that rises from the ranks of the Israeli military to the highest echelons of American academia. 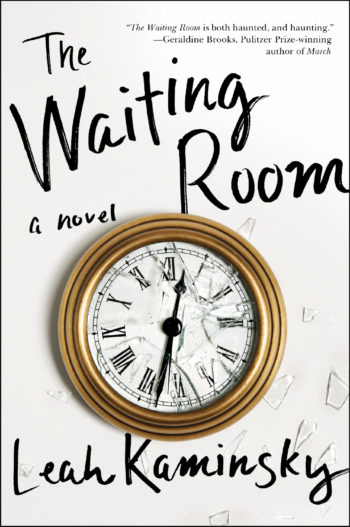 Yet another spectacular fiction debut: Kaminsky’s first novel relates a not-so-typical day in the life of a young Australia-born Israeli doctor named Dina, the daughter of two Holocaust survivors whose ghosts have, it seems, passed their trauma onto her. What unfolds is a moving psychodrama, as Dina finds herself caught between the horrors of the past, the threats of imminent terror attacks on supposedly safe Haifa, the pressures of professional medicine and the uncertain future that faces her family, including a young son and a daughter on the way. Yes, all in one day.