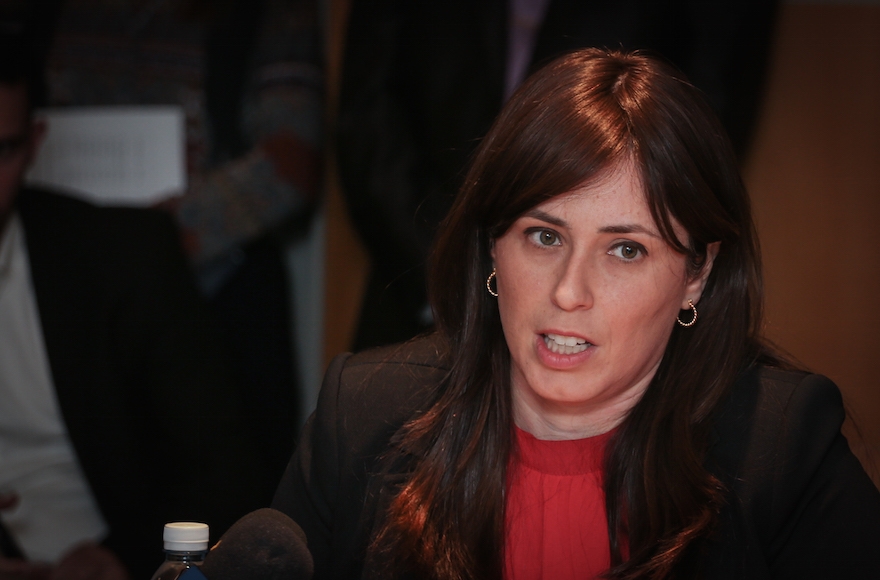 (JTA) — A Trump transition team member and a group of conservative U.S. and European lawmakers boycotted a briefing with Israel’s deputy foreign minister after a far-right Swedish lawmaker was barred from the meeting.

Becky Norton Dunlop, deputy to the senior adviser on Trump’s transition team for policy and personnel, joined the boycott that started when the parliament member, Kristina Winberg, was not allowed to join a meeting with Israeli Deputy Foreign Minister Tzipi Hotovely, The Times of Israel reported Wednesday. Winberg belongs to the Sweden Democrats, a group with nationalist and, according to Israel, sometimes neo-Nazi views.

The meeting, part of the Jerusalem Leaders Summit, a conference of conservative leaders, was scheduled for Wednesday morning.

“The Swedish representative is a member of a party with neo-Nazi tendencies and therefore the Foreign Ministry decided not to include her in the meeting with Hotovely,” said Emmanuel Nahshon, a spokeswoman for Israel’s Foreign Ministry. “Unfortunately the entire group decided to cancel the meeting.”

The Trump transition team did not respond to JTA’s request for comment on the incident.

The Sweden Democrats party describes itself as socially conservative with a “nationalist foundation.” It has been criticized for its staunch anti-immigration policies and calling for a stop to the “Islamization of Sweden.”

The Trump team, which has been criticized for associating with far-right groups and figures — such as chief strategist Stephen Bannon, who has called his Breitbart.com site a platform for the “alt-right” movement — has not commented on the Flynn-Strache meeting.