Marion Pritchard, Dutch rescuer of Jews during Holocaust, dies at 96 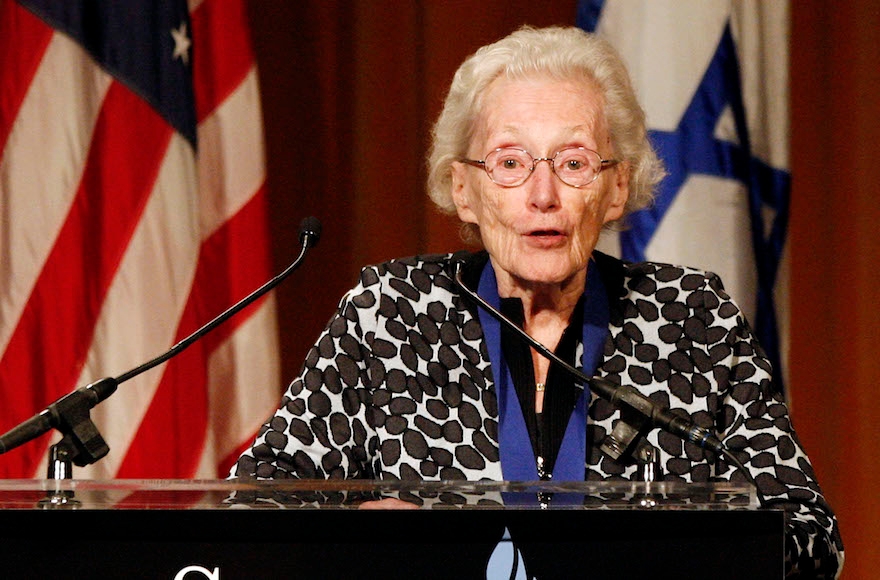 (JTA) — Marion Pritchard, a Dutch social work student who rescued Jews during World War II and killed a policeman who discovered a Jewish family she was sheltering, has died.

Pritchard died earlier this month from cerebral arteriosclerosis, The Washington Post reported Tuesday. She was 96.

Pritchard was said to have helped as many as 150 people, including by obtaining false identity documents, delivering food and supplies, and sheltering and finding hiding places for Jews who faced Nazi persecution.

In 1942, at 22, Pritchard felt compelled to resist the Nazis after seeing Germans rounding up Jewish children for deportation. She falsely declared herself to be the mother of Jewish babies in order to save the children — being unmarried, it was considered a “mission of disgrace” — and sheltering and taking care of  a Jewish man and his three young children for three years.

When the father and children were discovered by a Dutch policeman, she shot the officer in order to save the family.

After World War II, Pritchard worked as a United Nations social worker at displaced persons camps. She later moved to the United States with her American husband, former U.S. Army officer Anton Pritchard. In 2006, she moved to Washington, D.C, where she lived until her death.

In 1981, the Yad Vashem Holocaust memorial in Jerusalem recognized her as a Righteous Among the Nations, an honor for non-Jews who risked their lives to save Jews during the Holocaust.