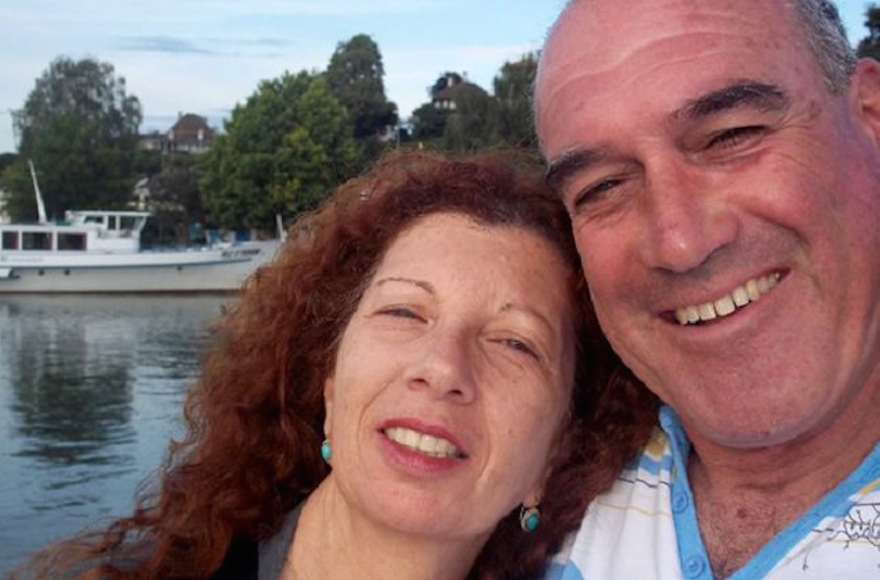 JERUSALEM (JTA) — An Israeli woman missing since a terror attack in the center of Berlin has been identified as one of the 12 people killed.

Dalia Elyakim, 60, of Herzliya, was identified Wednesday night, confirming that she was among those who died when a truck plowed into a crowd Monday at a Christmas market near the Kaiser Wilhelm Memorial Church.

Her husband, Rami, also 60, was seriously injured in the attack. He reportedly is sedated and breathing with a respirator following surgery.

Some 48 people were injured in the attack. On Wednesday, the Islamic State terror group claimed responsibility.

The prime suspect is a Tunisian man, 24, whose request for asylum was rejected by Germany. The suspect, Anis Amri, reportedly is a known jihadist. His asylum papers reportedly were found in the truck used in the attack.

A suspect arrested previously was released Tuesday after police determined he was not the driver of the truck.

Israel’s President Reuven Rivlin in a statement offered his sympathies to the Elyakim family.

“We will remain united and determined in the face of this murderous terror which strikes across the world, and we will fight relentlessly against extremism and hatred,” Rivlin said.

Chabad Rabbi Yehuda Teichtal, a part of Berlin’s official Jewish community, led a ceremony Wednesday evening to pray for the health of the injured  and remember those killed in the attack. Approximately 100 members of the Berlin Jewish community were on hand.

At the ceremony, Teichtal said the attackers “didn’t only attack Berlin, Germany or the Jews. But rather they attacked the people who believe in a world of democracy, a world full of respect, a world of light, because they, the attackers, believe in a life full of darkness. Our response to that is unity and the solidarity shown being here now.”

Klaus Dieter Groehler, a member of the German House of Representatives, the Bundestag, at the ceremony called on Berliners to continue living their everyday lives as usual. Groehler, a member of Chancellor Angela Merkel’s Christian Democratic Union party, added that he intends to take part in the traditional Hanukkah candle lighting at the Brandenburg Gate.