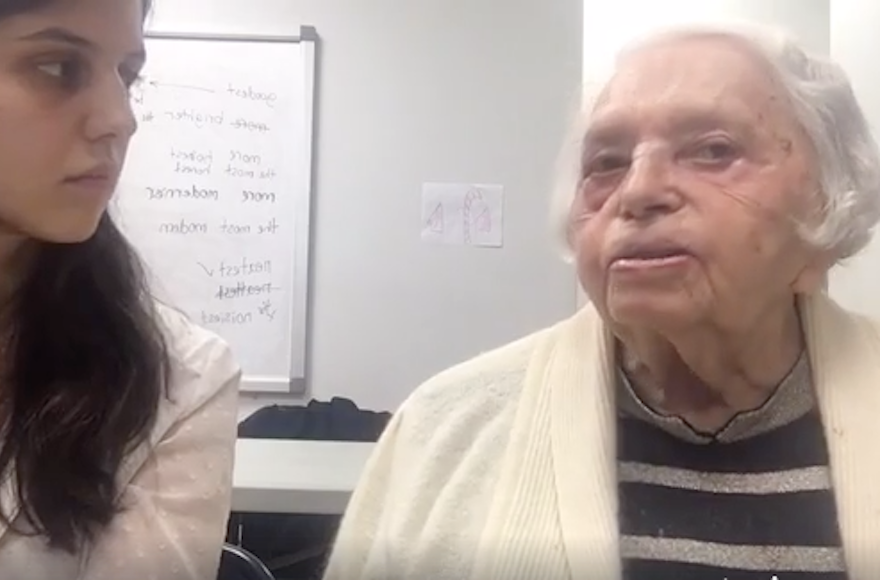 Lyubov Abramovich, right, telling JTA reporter Josefin Dolsten about her experience as a Jew in the former Soviet Union, at JCH of Bensonhurst in Brooklyn, Dec. 22, 2016. (Josefin Dolsten)
Advertisement

(JTA) — Though it’s been 25 years since the fall of the Soviet Union in December 1991, Jews from the former socialist state haven’t forgotten the hardships they faced there.

On Wednesday, JTA visited the Jewish Community House of Bensonhurst — a community center in southwestern Brooklyn that has helped resettle over 50,000 immigrants from the Soviet Union — to talk to Russian-speaking immigrants about their experiences.

Among the people we spoke to were two Holocaust survivors. Their testimonies include both tales of Nazi horrors and of fighting with the Soviet partisans against Nazi Germany.

Listen to their stories here: