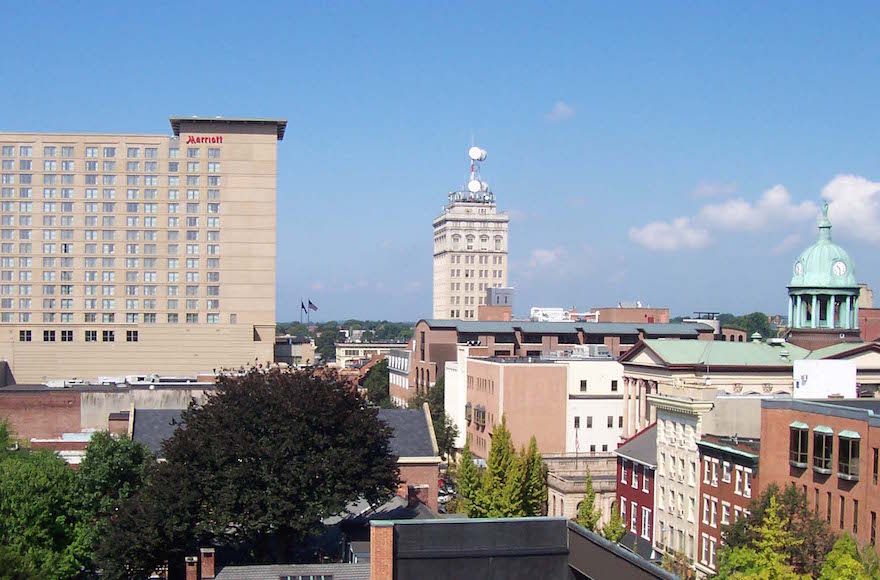 (JTA) — A Jewish family in Lancaster County, Pennsylvania, has faced backlash after being blamed for causing a local elementary school to cancel its annual production of “A Christmas Carol.”

The family has declined to have its name published. But Rabbi Jack Paskoff of Congregation Shaarai Shomayim, who has spoken with the family, confirmed to JTA on Thursday that the family was falsely accused of pushing Centerville Elementary School to scrap the play.

Right-wing news outlets Fox News and Breitbart News claimed that the cancellation took place partly because of objections to the play’s religious content. Commenters on the Breitbart article said they would want to seek out the home address of the family or families involved in the cancellation, while another commenter wrote, “Why don’t the HUNDREDS tell the two to get the f’out, never come back, and not to ever sign up for a play again?”

Lancaster Online, a local publication, reported that the family’s son, who attends the school, has been harassed by classmates since the play was canceled. The story said the family “headed out of the area for a bit” but hoped to be able to keep their fifth-grader in the school.

The regional director of the Anti-Defamation League’s Philadelphia office, Nancy Baron-Baer, told JTA that the family was not fleeing their home, and had in fact gone on a pre-planned vacation.

Both the family and the school say the accusations against the family are not true. According to Paskoff and reports in the Lancaster media, the family asked only that its son not be required to participate in the play, which the school said has been a tradition at the school for decades.

A Dec. 15 letter from Centerville’s principal, Tom Kramer, states that the production was canceled because it took some 20 hours of instructional time that had to be devoted to other subjects. He called the rumor that one or two families forced the cancellation “just not true.”

A further clarification from the school, published Wednesday, said the decision “had nothing to do with a religious concern” and “was not influenced by parents.”

“The family, most importantly, did not ask for the school to cancel the show,” Paskoff told JTA. “It was distorted. The facts were not researched or presented. It has created a very potent situation.”

Paskoff, who leads a Reform congregation, said the southeastern Pennsylvania city of 60,000 is politically and religiously conservative, with a small Jewish community living among largely Christian neighbors. While many residents may be unaware of Jewish holidays and traditions, Paskoff said incidents of outright anti-Semitism are rare.

“By virtue of being a minority, we do deal with a fair bit of ignorance, and the assumption that the entire population is Christian and therefore there’s not always awareness of minority religious symbols,” he said.

“That this emerged as it did in our community, I think, is fairly typical of the way things have been here. When we take time to educate people here, they tend to respond very appropriately.”

Paskoff blamed the incident on what he called irresponsible reporting by the local and national media.

“Fox News and Breitbart chose to pick up this story out of a very small school district in Lancaster, Pennsylvania,” Paskoff said. “That’s where I feel that the national climate is playing a role.”