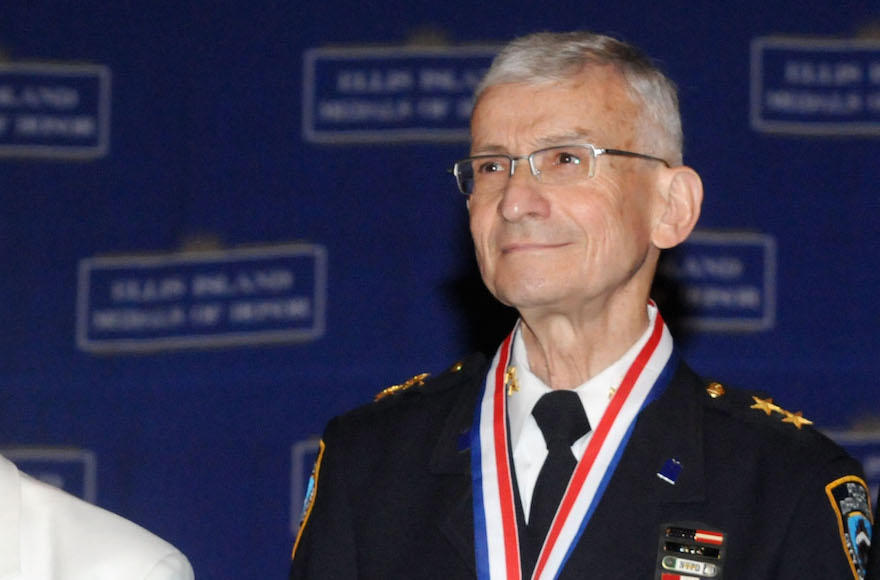 (JTA) — Rabbi Alvin Kass, a New York Police Department chaplain for 50 years, was promoted to three-star chief — becoming the highest-ranking chaplain ever in the department.

Kass, 80, received the promotion last week in honor of his half-century with the department. He currently serves as the NYPD’s chief chaplain, leading a staff of nine clergy of different faiths and serving about 34,000 police officers.

Kass once successfully negotiated with a Jewish man who had taken a woman hostage, getting him to agree to turn over his guns in exchange for two pastrami sandwiches. On the day of his son’s bar mitzvah, Kass went to be with the family of a Jewish police officer who had been shot and killed in the line of duty.

In June he was knocked to the ground and injured by an unknown assailant during a power walk in Brooklyn. He was not wearing a kippah at the time.

Kass is the rabbi emeritus of the East Midwood Jewish Center in Brooklyn; he had served as the spiritual leader there for three decades.