I’m wearing a kippah now — for solidarity and visibility 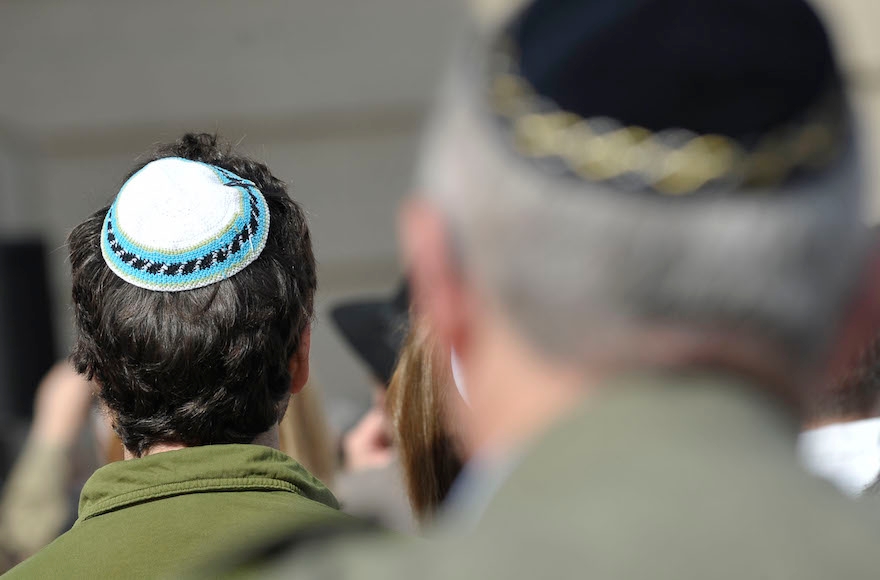 There has been an uptick in hate crimes since the election, which has inspired a journalist to wear a kippah daily. (Ullstein Bild via Getty Images)

SAN FRANCISCO (JTA) — I do not like wearing a kippah.

I grew up in a Reform synagogue where few people wore them, including the rabbi. The gendered nature of it bothers me. (Why, in some “egalitarian” synagogues, are men forced to wear them but not women?) And, quite frankly, I don’t like being told what to wear.

But two days after the election of Donald Trump, I put on a kippah. Since then, I’ve been wearing this visible symbol of my Jewishness all day, every day. I’m not wearing it to remind myself that God is above me — one of the explanations for the custom. This isn’t about God. 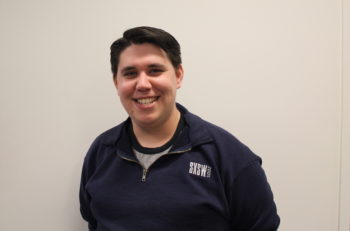 It’s about this: Since the surprise of Election Day, members of the “alt-right,” white nationalist groups and racists, misogynists, Islamophobes, homophobes, ableists and, of course, anti-Semites of every stripe have been emboldened. As a Jew, I want the bigots and their victims  to know that I stand with the outsiders.

According to the Southern Poverty Law Center, there was a massive uptick in hate crimes following Nov. 8. By Nov. 11 — just about 72 hours into this new reality — the SPLC had counted 201 “incidents of hateful harassment and intimidation since Election Day.” About a month after Election Day, the New York Police Department reported a 115 percent increase in bias crimes in the city, with Jews being targeted in 24 of the 43 incidents.

In a parking garage at San Jose State University, not far from where I live in San Francisco, a sophomore Muslim psychology student was attacked on Nov. 9 by a man who “grabbed her hijab from behind and yanked it backward.” In Los Angeles, a substitute teacher was recorded telling an 11-year-old Latina, “If you were born here, your parents got to go. They will leave you behind, and you will be in foster care.”

Since Election Day, swastika graffiti has been popping up all over, including dorm rooms and sidewalks in New York City. My friend and teacher Rabbi Francine Green Roston and other Jews in her town of Whitefish, Montana, have been the target of a call to “take action” published by the white supremacists at The Daily Stormer. In the so-called City of Brotherly Love, graffiti on a Philadelphia shop window spelled out “Sieg Heil” and “Trump,” with the “T” replaced by a swastika.

There have been attacks on other groups, too. At a Veterans Day parade in Petaluma, California, some knuckleheads who really missed the point of the parade showed up with Confederate flags. And over the weekend, a group of LGBTQ activists coming out of an art space in Manhattan were accosted by men who identified as Trump supporters. The activists were physically attacked and verbally abused.

The swastikas and other targeting of Jews, of course, should trouble us. But the incident in San Jose, the day after Election Day, is the one that sent me over the edge. Attacks on hijab-wearing women are happening elsewhere; there was one on a bus in Queens, New York, and in Ann Arbor, Michigan, where a man forced a woman to remove her hijab by threatening to set her on fire. Violently forcing a person to remove an article of religious clothing should horrify you as a Jew.

During the campaign I was disgusted by the social media attacks on my Jewish colleagues in the press, which featured disturbing imagery and language. Just a swarm of online trolls, I thought. Now, however, I can see that the United States is home to an environment of newly unabashed hate.

As a white man, my minority status isn’t always visible. That’s why, a couple days after the election, I went to a local Judaica shop and bought two kippot. As a Jew, I am an outsider. And so I stand in solidarity with all outsiders.

“Now is exactly the time to wear our kippahs and tsitsit out. To be ‘Jews on the street,’ as new Eastern European Jewish immigrants so strongly tried to hide and assimilate into white WASPyness,” a friend of mine wrote on Facebook the day before I first donned my kippah. “We need to be visible right now and shed this shame. People’s hijabs are literally being torn off.”

I don’t know that it’s shame that has kept kippot off liberal Jewish heads. But it is time to put them on. For me, wearing a kippah is not just an act of solidarity and visibility; it is a reminder that none of this is normal.

I’m not the only person I know doing this. Since I first came out as a kippah wearer, I have heard from about a dozen other Jewish friends and acquaintances doing the same all over the country. Even my mom is doing it.

It’s been about a month and a half since I started wearing a kippah. I’ve had a few interactions with strangers about it, none negative. The greatest effect has been on myself; I feel my Jewish otherness more sharply than ever.

The hate and the bigotry are real. It is vocal and it is visible. Things may get worse. And if they do, I will continue to stand with the Muslim woman in San Jose and others like her. Unlike the old kippah I wore when I visited synagogues that require it — small, black, as inconspicuous as it could be — my new ones have some color. You can’t miss them.

I won’t be an invisible minority any longer. I hope you’ll join me.

(A version of this article originally appeared in J., the Jewish news weekly of Northern California, where David A.M. Wilensky is the assistant editor.)