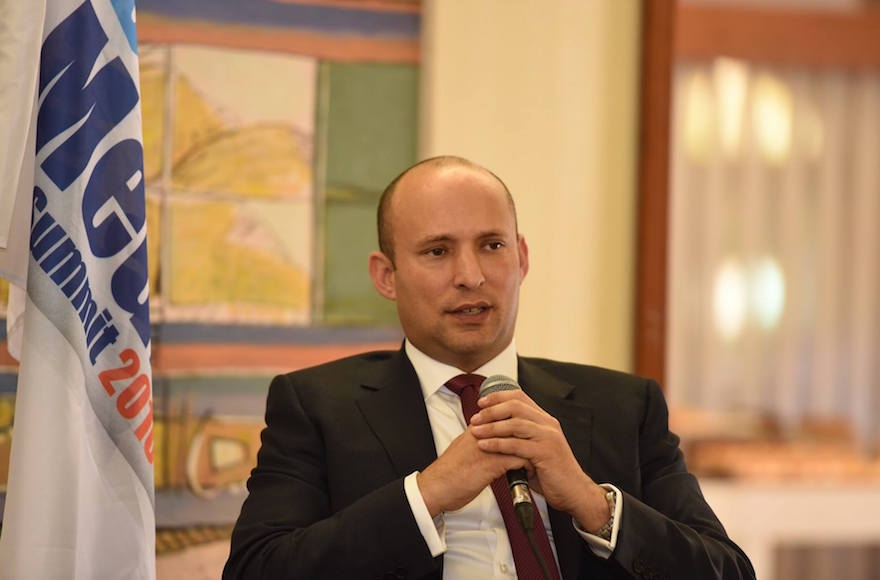 JERUSALEM (JTA) — An Israeli government minister called for the annexation of parts of the West Bank in response to the passing of a United Nations resolution taking Israel to task for continued building in the settlements.

Naftali Bennett, the education minister and also head of the pro-settler Jewish Home party, in a statement Sunday morning at the Western Wall said that “no resolution can change the fact that this land, Jerusalem, is our capital. And no people can be a conqueror in their own land. That’s why this resolution, like many of the earlier resolutions, will be thrown into the dustbin of history.”

He called on Israel to “reevaluate its approach” of giving up territory and supporting the formation of a Palestinian state.

“We thought this approach would gain us sympathy from the world, but instead we got tens of thousands of missiles from Gaza, thousands of Israelis murdered on the streets and one condemnation after another,” Bennett said.

Bennett announced in the statement that he would take steps to apply Israeli law to Judea and Samaria, the Hebrew names for the areas of the West Bank.

Prime Minister Benjamin Netanyahu on Sunday called on lawmakers not to publicly discuss annexation, saying that President Barack Obama may have other actions prepared to take against Israel on the Palestinian issue before he leaves office in three weeks.

He also called on the Coordinator for Government Activities in the Territories, the military division responsible for implementing Israel government policies in the West Bank, to halt all contact with Palestinian Authority officials and Palestinian civilians, ending cooperation on all political and civilian issues, The Times of Israel reported.

The IDF was ordered to continue security cooperation, however.