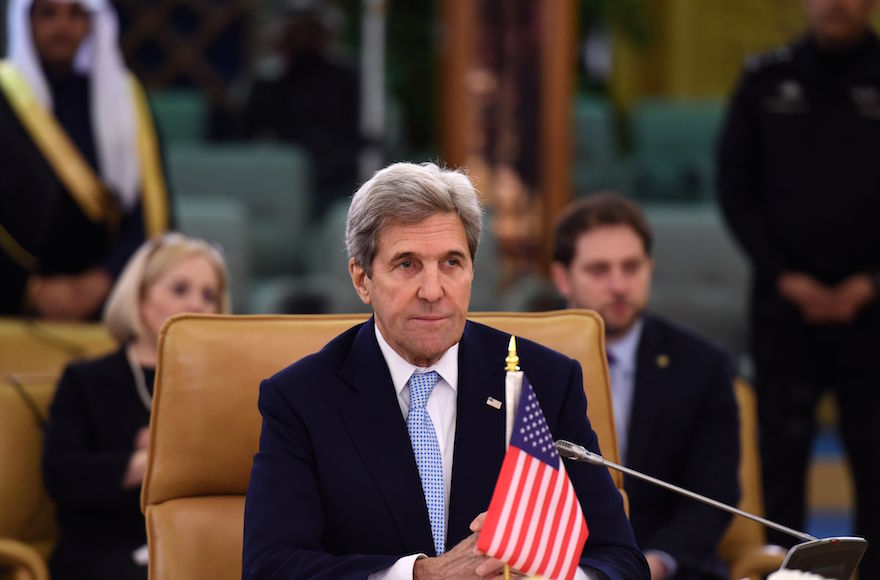 John Kerry at a meeting of the Mideast Quartet on the situation in Yemen in Riyadh, Saudi Arabia, Dec. 18, 2016. (Fayez Nureldine/AFP/Getty Images)
Advertisement

(JTA) — U.S. Secretary of State John Kerry will deliver a speech laying out his vision for resolving the Israeli-Palestinian conflict.

“In the speech, the secretary will lay out a comprehensive vision for how he believes the conflict can be resolved in the Middle East,” Toner told reporters.

The announcement comes just days after the Obama administration’s decision to abstain on a U.N. Security Council resolution condemning Israeli settlements set off a furious response in Jerusalem, further straining already fraught relations between the Israeli and American governments.

“In the coming days, I will speak further to the vote in the Security Council today and share more detailed thoughts, drawn from the experience of the last several years, on the way ahead,” Kerry said following the council vote.