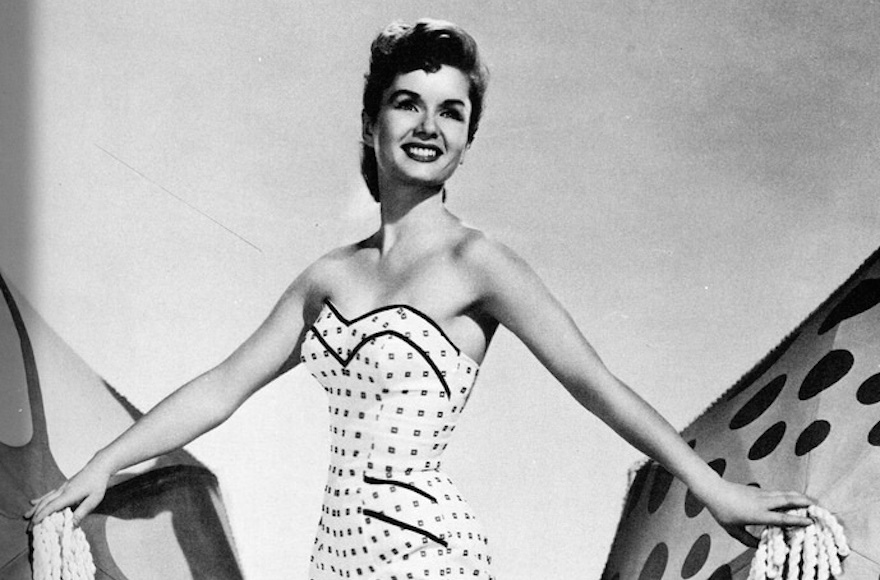 (JTA) — Actress Debbie Reynolds, who launched her storied career in the iconic film musical “Singin’ in the Rain,” died a day after her daughter, actress Carrie Fisher, passed away after suffering a massive heart attack on an airplane.

Reynolds died Wednesday after apparently suffering a stroke earlier in the day. She was 84.

She was rushed to the hospital at about 1 p.m. from her son Todd Fisher’s home in Beverly Hills, California. TMZ reported that the two were making plans for Carrie Fisher’s funeral when she was stricken.

“She went to be with Carrie. In fact, those were the last words that she spoke this morning,” Todd Fisher told E! News. “More specifically, she said that she really, she was under a lot of stress.”

Carrie Fisher died Tuesday after having a heart attack a day earlier on a flight from London to Los Angeles. She reportedly never regained consciousness after being removed from the flight.

Their relationship was the main subject of Carrie Fisher’s book “Postcards from the Edge,” which has been called semi-autobiographical. Meryl Streep and Shirley MacLaine portrayed them in a movie adaptation.

Reynolds was married three times, including to the popular Jewish singer Eddie Fisher, Carrie’s father. Fisher would divorce Reynolds to marry her good friend Elizabeth Taylor, who converted to Judaism. Reynolds did not convert.

Reynolds starred as Kathy Seldin in “Singin’ in the Rain” at 19 — the same age as her daughter when she launched her career portraying Princess Leia in “Star Wars.” Reynolds’ decades-long career as an actress and singer included starring roles in films including “The Affairs of Dobie Gillis,” “The Tender Trap,” “Tammy and the Bachelor” and “The Unsinkable Molly Brown.”

She had her own television show in the 1970s and starred in the Broadway revival of the musical “Irene.” She played Grace’s mother Bobbi on 10 episodes of the long-running television series “Will & Grace.”

Reynolds had been ill in the past year, but had said she planned to resume performing.