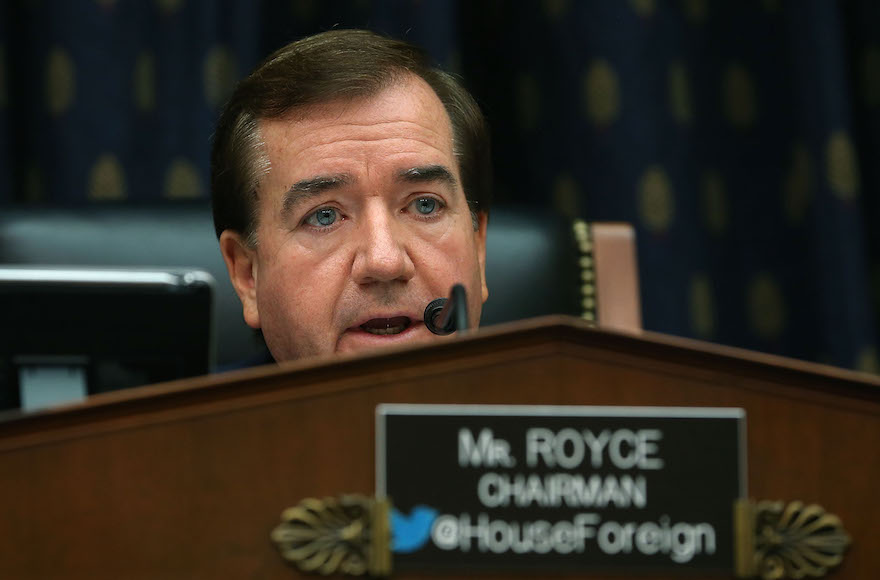 WASHINGTON (JTA) – The U.S. House of Representatives overwhelmingly agreed to condemn a U.N. Security Council anti-settlements resolution and the Obama administration for allowing it through.

The resolution, which passed Thursday evening  by a vote of 342-80, said the Security Council vote last month “undermined the long-standing position of the United States to oppose and veto United Nations Security Council resolutions that seek to impose solutions to final status issues.”

The U.S. abstained, refraining from exercising its veto and allowing the Security Council resolution to pass 14-0. U.S. officials said then that they could not endorse the resolution because of the inherent anti-Israel bias of the United Nations, but did not want to veto it because they agreed with its premise that Israeli settlement construction was illegal and an obstruction to advancing peace.

Engel had joined another Democrat, Rep. David Price of North Carolina, in seeking to amend the resolution. Price’s altered text emphasized advancing a two-state solution to the Israeli-Palestinian conflict, although it also endorsed a policy of vetoing unfair Security Council resolutions. It refrained from criticizing the Obama administration. The House Rules Committee on Wednesday rejected Price’s amendment.

Royce in debate during the vote Thursday noted his resolution also favored the two-state solution, and said he would work with Price to advance that policy this congressional session. But he said it was important in the near term to warn President Barack Obama in his final days in office not to take any further dramatic Israel-related actions, and opposed removing language critical of the Obama administration. Engel urged other Democrats to back the unamended resolution, while Price urged lawmakers to oppose it.

The American Israel Public Affairs Committee backed the Royce-Engel resolution. J Street backed Price’s version, which he said he would introduce as a separate resolution.