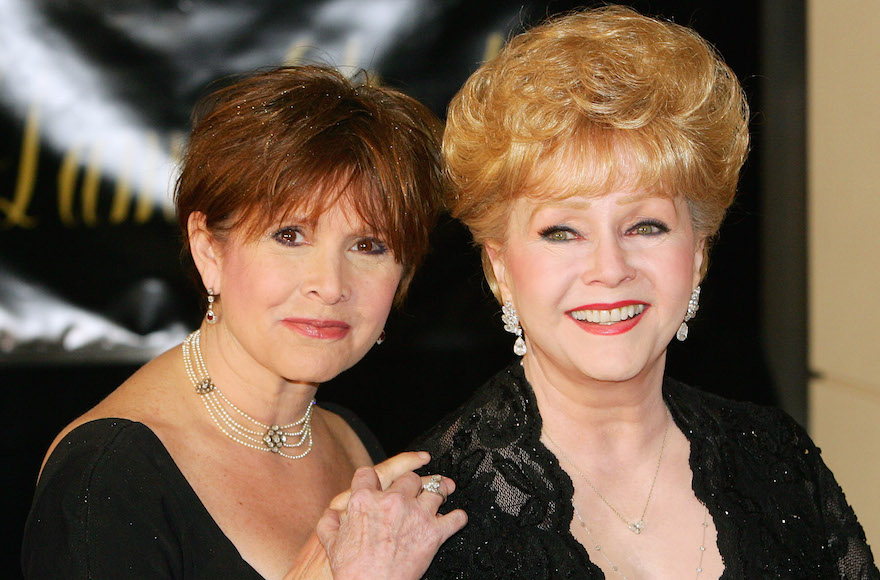 Fisher, who was Jewish, died Dec. 27 after suffering a heart attack aboard an airplane. She was 60.

Reynolds, who launched her storied career in the iconic film musical “Singin’ in the Rain,” died a day later of a stroke. She was 84.

Fry, who like Paltrow is Jewish, bonded with Fisher partly over their experiences fighting depression, the Daily Mail reported. He was one of five people, including Fisher’s daughter, Billie Lourd, who offered eulogies at the event before some 120 guests, according to the Daily Mail.

“All the tributes circled back to Billie and how much Carrie loved her,” Fry, 59, told People magazine of the event held at a Beverly Hills venue, where Fisher’s friends, including the celebrities, entered a lush green garden as reporters huddled outside. The venue was Fisher’s home, the New York Post reported.

According to “Entertainment Tonight,” Fisher’s body was cremated and her family planned to bury some of her ashes alongside Reynolds, who will be laid to rest at Forest Lawn-Hollywood Hills.

On Twitter, he wrote that Fisher was “the brightest, funniest, kindest, cleverest and sweetest person I ever knew. A crushing blow to lose” her.