For black Jews, Obama represented an America of multiple identities 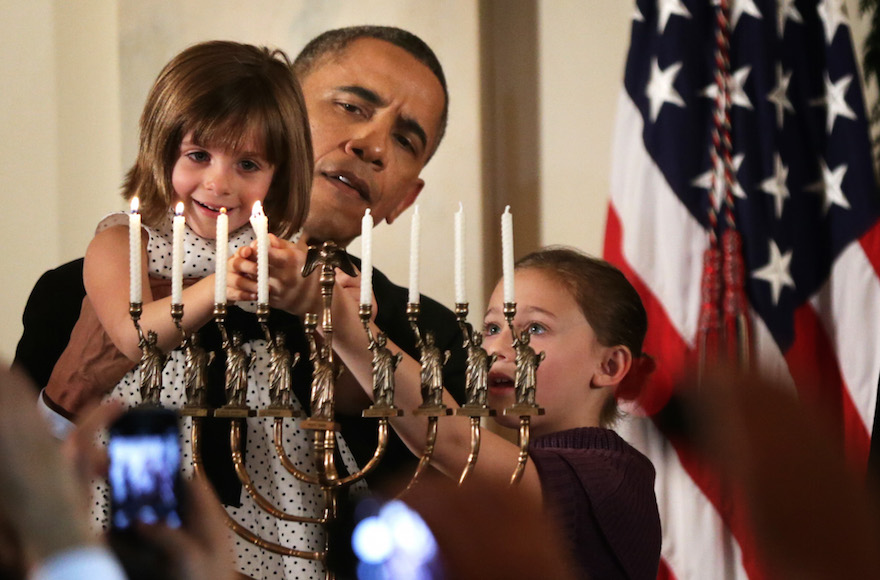 President Barack Obama holding up 4-year-old Kylie Schmitter to light a menorah as Kylie's sister Lainey looks on during a Hanukkah reception at the Grand Foyer of the White House in Washington, D.C., Dec. 5, 2013. (Alex Wong/Getty Images)
Advertisement

NEW YORK (JTA) — On Election Day 2008, Marcella White Campbell remembers her 4-year-old son playing in front of the TV, repeating the name of the man who would soon become the first African-American president of the United States.

“He was running around and rolling the name Barack Obama on his tongue,” said Campbell, managing editor of Be’chol Lashon, a group that advocates for Jews of color. “I remember looking at him and thinking, this is this biracial man who may be president of the United States. He’s trying to get around this moment and figure out what it means to him. I couldn’t even imagine how exciting it would be for my kids.”

Obama made history as the first black president, but for African-American Jews, that was only the beginning of his resonance. Several African-American Jews told JTA that eight years of having the son of a black man and a white woman in the White House showed them that living with a hyphenated identity doesn’t make you any less American. 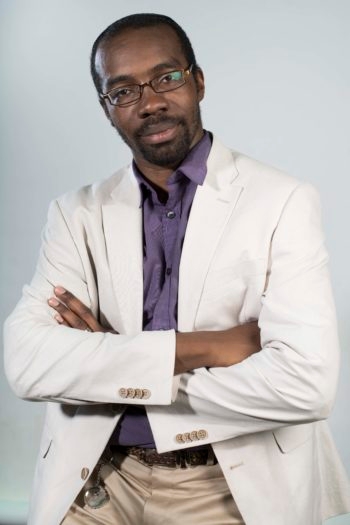 “It helps you to imagine what it means to be American in a different way,” said Yavilah McCoy, founder of Ayecha, another advocacy group for Jews of color. “The fact that there was a president that viscerally embodied the idea that you can both have an ethnic and cultural identity and be American and a leader of the American people, while holding those things to be true, I think as American Jews, it is a model for us.”

But where some African-American Jews felt hopeful watching Obama’s administration, others doubted that underlying currents of racism in America would dry up or disappear. Shais Rishon, a black Jewish writer who goes by the pen name MaNishtana, remembers that when Obama walked onstage to declare victory in 2008, MaNishtana was afraid the president-elect would be assassinated.

“I knew he wasn’t going to be any worse than any other president,” MaNishtana said. “But I also knew there wasn’t much he could do by himself to fight the tide of what had come before.”

Jewish Americans have long grappled with the significance of their dual identities and how each affects the other. For African-American Jews, that struggle contains yet another dimension. Campbell told JTA that along with identifying with Obama personally, she has felt compelled to defend him as a black person in Jewish contexts and as a Jewish person in black contexts.

“There have been times when someone says Barack Obama is really bad for Israel, and I guess I feel more put on the spot than someone else might feel by that in the sense of needing to back him up,” she said.

American Jews at large voted for Obama twice in large numbers. But Jewish leaders have frequently opposed his actions on Israel, including signing an agreement with Iran last year that they said fell short of curbing its nuclear program and last month allowing the United Nations Security Council to pass a resolution criticizing Israel. MaNishtana, who is Orthodox, remembers feeling hurt when synagogues he attended edited their prayers for the country — removing any well wishes for the president.

But when reflecting on Obama, African-American Jews interviewed by JTA focused more on his significance for the black community. Several pushed back on the idea that he should have spoken out more forcefully on issues affecting black Americans, questioning how much difference it would have made and appreciating that he worked to be a president for all Americans, regardless of identity.

“Given that his job is so hard, are there some things he could have come out and said earlier? Yes,” said Jared Jackson, who heads Jews In All Hues, which helps Jewish organizations be more attentive to diversity. “But would it have stopped, you know, the killing of unarmed black and brown men and women, and trans [people]? I can’t really say.” 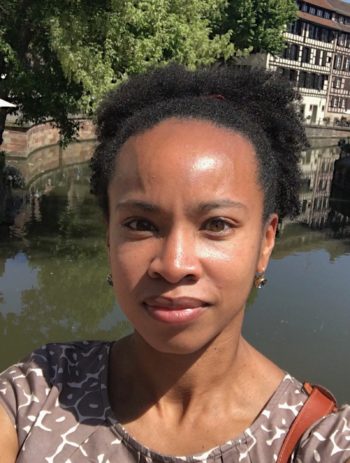 Marcella White Campbell, managing editor of Be’chol Lashon, a group that advocates for Jews of color, said  Obama showed that Americans could live with multiple identities. (Courtesy of Campbell)

The reflections of some black Jews have changed with the election of Donald Trump, who has promised to undo Obama’s legacy and who won office after a campaign that included statements targeting minorities. They worry that the Trump presidency could erase or counteract Obama’s message of inclusivity.

“Part of the narrative we were teaching them during the 2008 election was what this was showing was that America is changing,” Campbell said of her kids. “We believed that at that time and we told them that. The past eight years culminating in the 2016 election has left us wondering: Is that true? Did we lie to them?”

But no matter what comes, African-American Jews who spoke to JTA all said they would remember Obama’s years fondly as a time when they felt represented in the White House.

Rabbi Capers Funnye, head of the International Israelite Board of Rabbis, an African Hebrew Israelite body, is also Michelle Obama’s cousin. He remembers standing a few rows back in a crowd some years ago watching Obama greet voters. When Obama reached Funnye’s section, he called out the rabbi’s name, surprising Funnye’s relatives.

“One cousin said, ‘Damn, the president can pick you out of a crowd?’” Funnye recalled. “I said, ‘Yeah, I know him and he knows me.’”