After no ministers present at funerals of killed soldiers, Netanyahu to mandate attendance 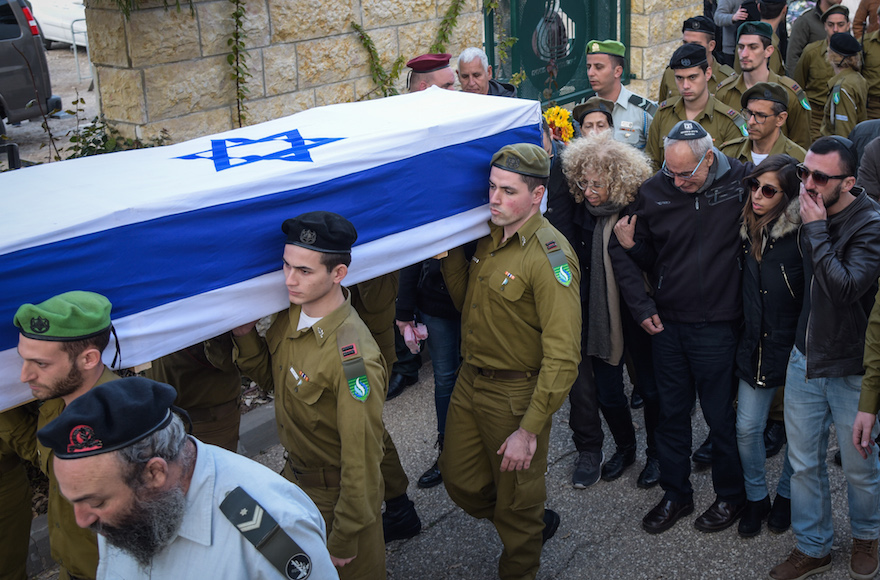 Family and friends mourning at the funeral of IDF Lieutenant Yael Yekutiel, one of the soldiers killed in a truck ramming attack a day earlier in Jerusalem, at the military cemetery in Kiryat Shaul, outside of Tel Aviv, Jan. 9, 2017. (Hadas Parush/Flash90
Advertisement

The order came on Monday evening after bereaved parents complained about the absence of officials at the funerals earlier in the day. The soldiers were killed Sunday in the Arnon Hanatziv neighborhood of eastern Jerusalem.

Mayors and lawmakers did attend the funerals, however.

The family of Erez Orbach of Alon Shvut requested no official presence at the funeral, since they did not want media coverage, the Hebrew-language Walla news website reported.

Defense Minister Avigdor Liberman will visit the shiva of each of the fallen soldiers without alerting the media, Liberman’s office told Ynet.

Other ministers contacted by Ynet said they did not attend the funerals due to other official duties, trips abroad, illness and “religious reasons.”

The father of slain soldier Shir Hajaj criticized the government in an interview with Walla.

“It seems that we weren’t famous enough for it and not attractive enough, if they didn’t think it fitting to come. None of them called either,” Herzl Hajaj said. “There were representatives from the army and some members of Knesset. Nothing special — she was just a girl who was run over. Who does that interest?”

Eli Ben-Shem, chairman of Yad Lebanim, an organization that offers support for bereaved families, said the parents of dead soldiers are ready to act against what they consider the government’s uncaring attitude.

“Since the Yad Lebanim organization was established, we bereaved parents have not taken to the streets to protest. This time we won’t hesitate to take to the streets,” he told Israeli media.

“In another week they will forget about it, but we have promised that we will not agree to this anymore. I call on the government and the speaker of the Knesset to lay down the procedures for the sake of the memory of the fallen, the deceased of Israel’s battles.”