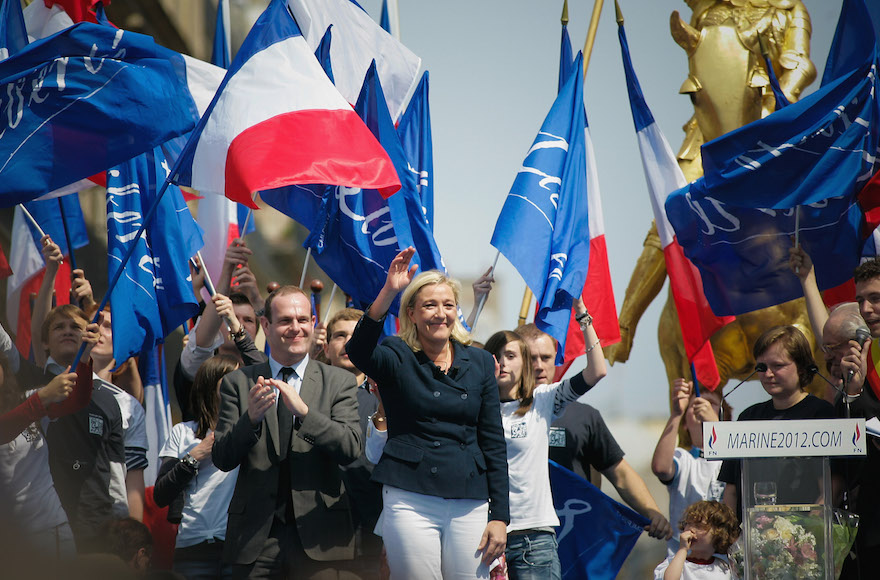 Incoming White House press secretary Sean Spicer told NBC News that Le Pen, the president of the National Front party, was not meeting with President-elect Donald Trump or other members of his transition team following reports of her Thursday visit to the Manhattan skyscraper that serves as Trump’s residence.

Le Pen, a front-runner in the presidential race, told CNN in November that Trump’s victory was “a sign of hope for those who cannot bear wild globalization.” She has criticized open immigration policies and said she was “opposed to a multicultural France.”

Trump has railed against illegal immigration to the United States and has said he will build a wall on the U.S.-Mexican border.

The National Front was founded by Le Pen’s father, Jean-Marie, who was convicted of genocide denial for saying the Holocaust was insignificant. Le Pen booted her father from the party in 2015 and has sought to gain mainstream acceptance for the National Front by distancing herself and her party from anti-Semitic rhetoric.