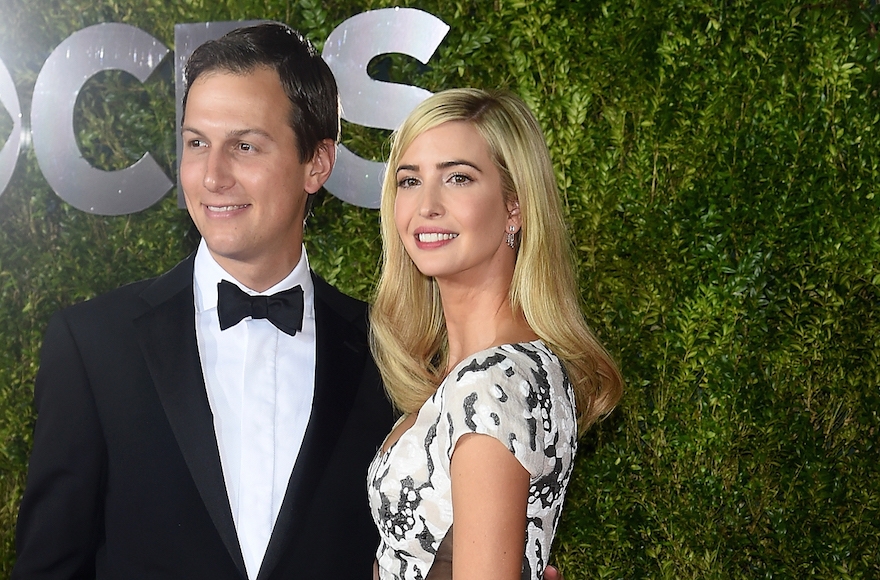 WASHINGTON (JTA) — Ivanka Trump said she will take a leave of absence from the Trump Organization and her branding business to settle her family into Washington, D.C., as her father assumes the presidency and her husband takes on a senior White House role.

“When my father takes office as the 45th President of the United States of America, I will take a formal leave of absence from The Trump Organization and my eponymous apparel and accessories brand,” Trump, who is Jewish, said Wednesday in a post on her Facebook page and on Twitter. “I will no longer be involved with the management or operations of either company.”

I will be taking a leave of absence from my businesses and relocating to DC. See what I'll be doing here: https://t.co/qs29RBinrR

Trump appointed Abigail Klemp as president of her brand of fashion and lifestyle products, and noted that her two adult brothers would run the Trump Organization, which develops real estate and runs branding ventures.

“My husband, Jared, and I will be moving with our family to Washington, D.C., where Jared will serve as Senior Advisor to the President,” Trump said, referring to her husband, Jared Kushner, who also is leaving his own business as a developer and a publisher to take on the unpaid White House role. “I plan to take time to settle our three young children into their new home and schools.”

The Trump-Kushners have rented a house in Kalorama, a tony area in the city’s Northwest within walking distance of two Orthodox synagogues.

The president-elect on Wednesday held a news conference to describe his plans to leave the running of his businesses, in real estate and branding, in the hands of his two adult sons.

Ethicists have said that even with these measures, the Trump family’s far-flung business ties could continue to pose potential conflicts of interest. Presidents and top officials with business involvements have traditionally liquidated their assets and placed them in a blind trust – a third party that manages funds without informing the principal of how the money is invested.

Trump has said that his and his family’s holdings are too complex for such an arrangement.