This Sephardi history archive aims to be ‘one of world’s largest,’ and it just made its first major acquisition 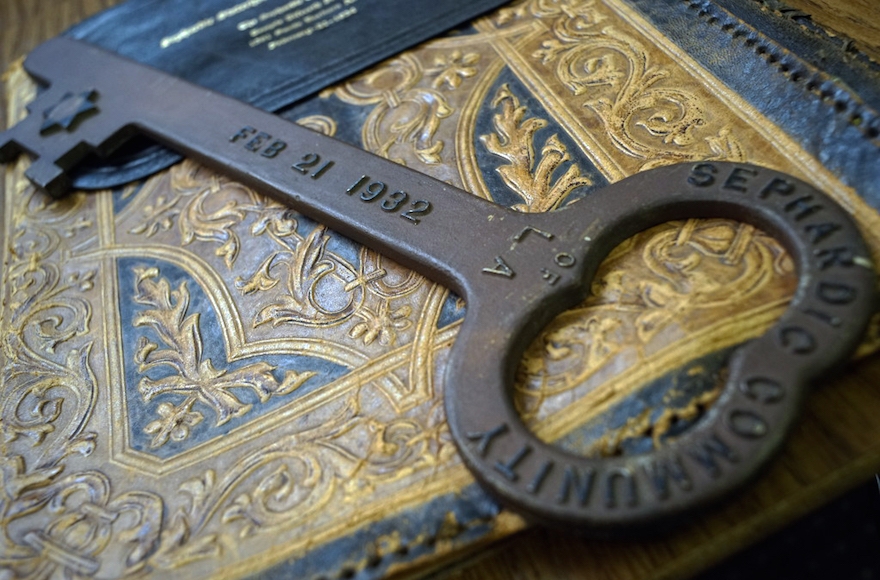 A symbolic key from the 1932 dedication of Los Angeles' Sephardic Temple Tifereth Israel is part of an archival collection acquired by UCLA. (Courtesy of UCLA)
Advertisement

(JTA) — Last year UCLA launched a Jewish history archive with an ambitious goal — to be “one of the world’s largest collections of  Sephardi Jewish life.”

Now, the UCLA Sephardic Archive has made its first major acquisition, obtaining what it says is “one of the most significants collections ever assembled” telling the history of Sephardi Jews in Los Angeles, according to a Tuesday statement.

The materials acquired from the archive of a local synagogue, Sephardic Temple Tifereth Israel, tell the stories of Jews from the Mediterranean, Middle East and North Africa who immigrated to California at the turn of the 20th century. They also show the shaping of Sephardi culture in Los Angeles and how Sephardi Jews contributed to the Jewish and urban fabric of the city.

Among the new additions to the collection are photographs, papers, audio-visual materials and rare books dating to the mid-19th century. Many of the materials are written in Ladino, the almost-extinct language spoken by Sephardi Jews.

The initial focus of the archive is on the local Ladino-speaking community, which traces its roots to Turkey and the Balkans. Later, the collection will expand to include those who came from North Africa, Iran and other Middle Eastern countries.

The archive’s director, Sarah Abrevaya Stein, said it is important to acquire materials for the collection sooner rather than later since they “can be acutely vulnerable and at risk of being lost forever — often languishing in garages and other facilities ill-equipped for preservation.”

“It is imperative to collect, preserve and make them available for scholars and members of the community,” Stein said in the statement. 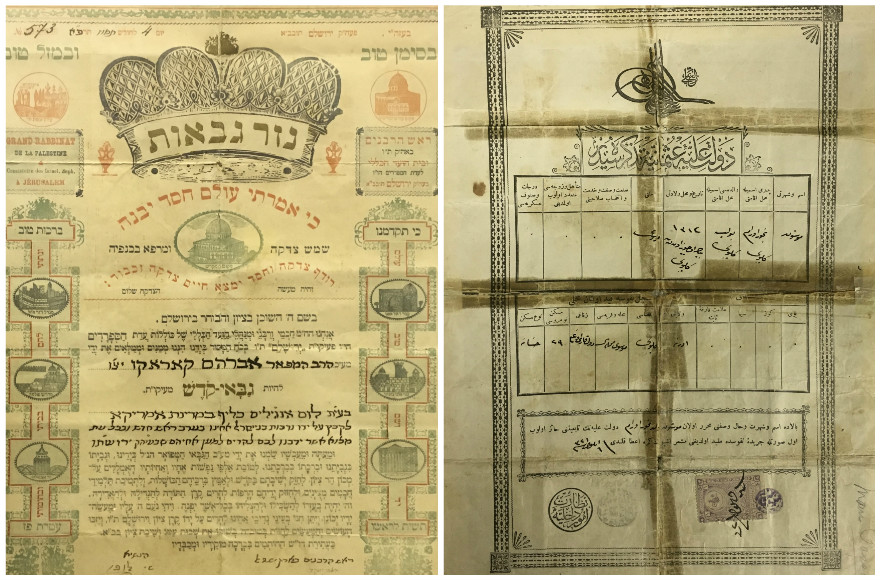 The Jerusalem rabbinate’s 1912 recognition of the Los Angeles Sephardi Jewish community, left, and a 19th-century Ottoman birth certificate were part of a recent acquisition by UCLA’s Sephardic Archive. (Courtesy of UCLA)