Jewish suspects among 41 charged in gas meter scam in Brooklyn 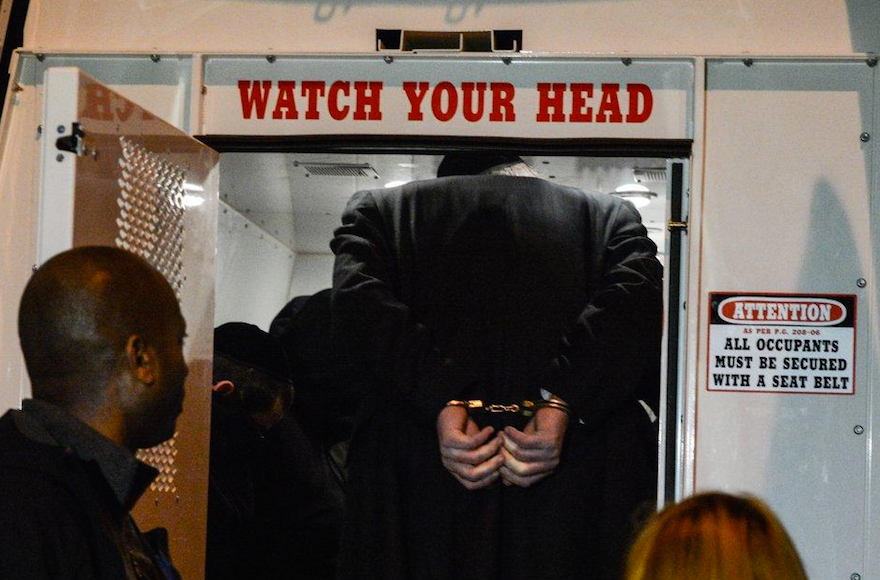 Jewish landlords were busted for a gas meter scam in Brooklyn. (Screenshot from Twitter)
Advertisement

“These defendants operated a criminal enterprise and accepted cash for illegal installation of gas meters at 33 residential buildings in Brooklyn and some in Queens,” Gonzalez said. Most suspects are former employees of National Grid, a provider of electricity and natural gas in New York, Rhode Island and Massachusetts.

A photograph of one of the suspects published by the New York Post shows a young man with sidelocks and a large kippah. The suspect was not named.

Prosecutors said they have a voice recording of a main suspect conspiring with one landlord.

“I don’t have gas authorization,” the landlord replies.

To install gas meters legally, a licensed master plumber has to file a work permit with the city and submit plans. Then the city has to approve the work and test it to give gas authorization for the site. The process can take months, but the alleged scheme described by the prosecutors cut down the waiting time to several days, the report said.

The result endangered people’s lives, prosecutors said. When the city’s Department of Buildings went to inspect the gas meters after the scheme was uncovered, they found that some of the building owners had used a sort of cheap plastic piping that contributed to recent gas explosions in Manhattan that killed two people.

“For pure greed, they operated a criminal scheme that had no concern for safety rules and regulations,” Gonzalez said at a Thursday press conference.