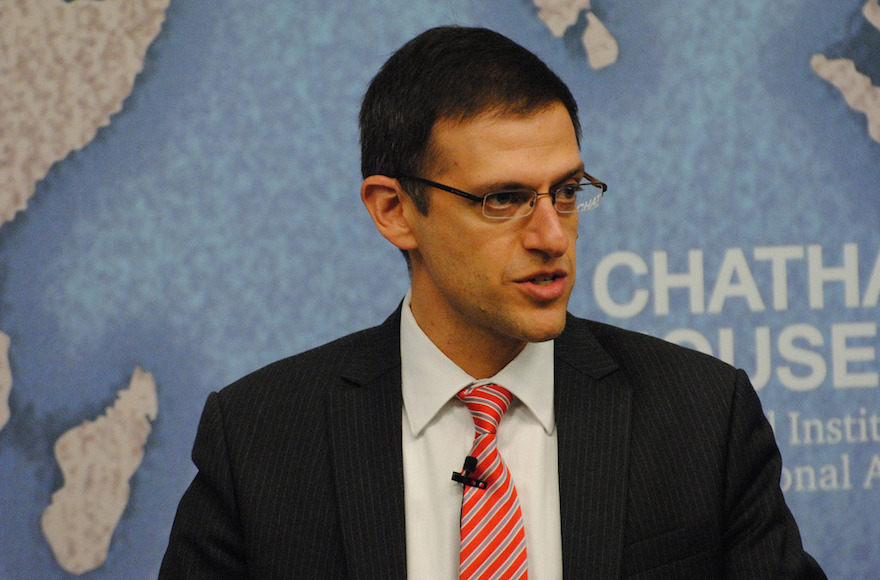 Trump asked Adam Szubin, acting undersecretary for terrorism and financial intelligence at the Treasury Department, and the other officials to continue in their roles to “ensure the continuity of government,” incoming White House press secretary Sean Spicer said Thursday, according to The Hill.

The Hill and Reuters quoted a Treasury officials as saying Szubin would run the department until Trump’s team is in place and then would leave government. Trump has nominated banker Steven Mnuchin to be Treasury secretary.

Obama nominated Szubin for the undersecretary role in 2015, but Republican lawmakers in the Senate refused to vote to confirm the appointment. Szubin has been serving in the position in an acting capacity, overseeing international sanctions.

Szubin, a 13-year Treasury veteran, has called the Iran nuclear agreement “a tremendous diplomatic breakthrough.” It’s not clear yet where Trump stands on the deal, which imposes limits on Iran’s nuclear program in return for relief from sanctions. Trump suggested at times during his campaign that he would pull the United States out of the pact; at others, he said he wanted to review it.

If Szubin’s nomination had been confirmed by the Senate, he would have been the third Jewish undersecretary in the role, following predecessors David Cohen and Stuart Levey. Obama asked Levey, an appointee of George W. Bush, to stay on in his role.

Szubin, a graduate of Harvard Law School, has been a senior official in the sanctions enforcement regime since 2006, when he was named director of the Treasury’s Office of Foreign Assets Control.

In 2002, he helped found D.C. Minyan, a traditionalist congregation based on egalitarian principles. According to the Jewish Standard, he was born in Teaneck, New Jersey, and attended Yavneh Academy in Paramus and Ramaz, the modern Orthodox day school on Manhattan’s Upper East Side.