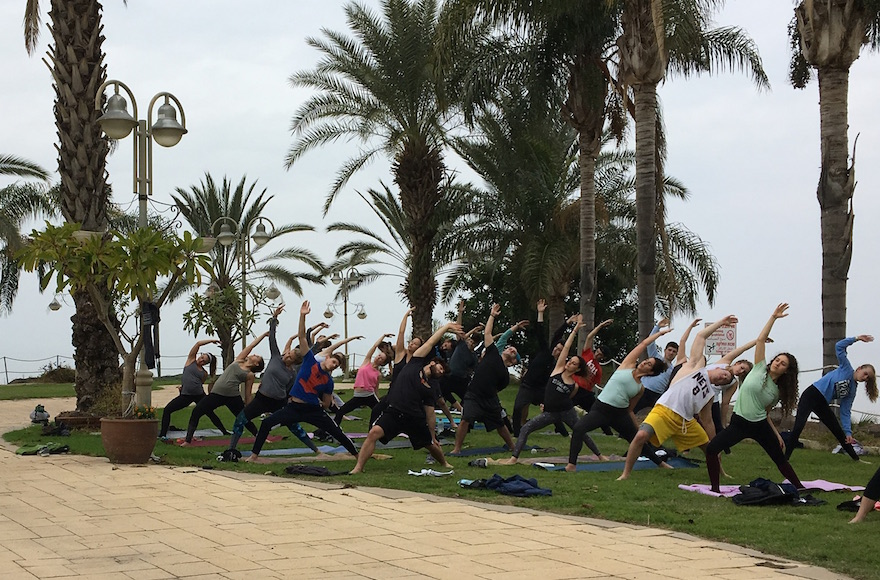 (JTA) — Birthright trips — the 10-day Israel tours offered free to young Jews — are so much part of mainstream culture that they have been copied by other religions, parodied on television shows like “Broad City” and “Transparent,” and debated by academics and activists.

But if your idea of Birthright is outdoor hikes, camel rides, visits to the Western Wall and flirty bus trips up and down the spine of Israel, think again. The third-party vendors that work with the Taglit-Birthright Israel foundation offer an array of unexpected options — including trips for yogis, journalists, medical students and more.

The latest niche offering, announced last week, is a trip for vegans run by Mayanot Israel and Jewish Veg, a nonprofit that promotes plant-based diets. Participants will visit Israeli farms, eat at vegan restaurants and meet with some of the country’s leading vegan diet proponents.

“So many young Jews who are vegan or vegetarian have become distanced from Judaism because their needs have not been met by our communal institutions,” Jeffrey Cohan, the executive director of Jewish Veg, told the Forward. “This is a phenomenal way of re-engaging them.”

Here are seven other niche trips that put an unusual spin on the Birthright experience.

Long before Trump clashed with journalists at his latest news conference, the question of a free press was a hot topic in Israel. Participants on the Newsroom to Newsroom trip get a behind-the-scenes look at some of Israel’s most prominent media organizations. On past trips, participants have met with Jerusalem Post writer Khaled Abu Toameh, author Yossi Klein Halevi and Times of Israel founder David Horovitz.

For yoga junkies (Hillel: The Foundation for Jewish Campus Life)

Birthright is known for being an action-packed blur of activity. But for those looking to take a step back, take some deep breaths and strike a few relaxing poses, there is always the Yoga and Mindfulness trip. This past winter’s trip included a combined Iyengar yoga and Torah lesson, a meditation session in the Amuka forest near the city of Safed, a yoga session at the Safed Citadel and a Shabbat service that included meditation.

This trip is for all the Jewish Greeks out there — no, not Jews who trace their family history back to Athens, but Jews in a college fraternity or sorority. Expect all of the usual Birthright itinerary stops, but likely with more sharing of campus party stories.

Looking to meet some new friends from south of the equator?  The USA-Argentina Joint Journey includes Argentine and North American participants, and the Across the Universe trip is made up of 20 Brazilians and 20 North Americans (and eight Israelis). In addition to Hebrew, you might pick up some Spanish or Portuguese along the way.

Yes, medical school is a grind. But fear not, science nerds — med students and practitioners who want to bond with their fellow overworked peers — there is a Birthright trip just for you. In addition to the usual Israel sightseeing fare, participants get to meet with doctors at the prestigious Hadassah hospital, visit medics and soldiers working in the Israeli army’s Medical Corps and receive training through Magen David Adom, Israel’s version of the Red Cross.

This might be the only Birthright trip that brings you at least one degree of separation closer to Madonna or Gwyneth Paltrow. The Soul Trek promises to teach participants about the ancient Jewish practice of Kabbalah through “mystical hikes,” “life-changing insights” and a meeting with a kabbalistic artist.

As Instagram continues its takeover of the online world, a trip focused on food photography can now barely be considered “niche.” The A Taste of Israel Through the Lens trip encourages its participants to take photos of Israeli and Middle Eastern food and share them on social media. Participants will experience more food markets, tours and tastings than those on typical Birthright journeys, and receive guidance on how to frame photos especially well for social media posts.