Don’t care about the Super Bowl? Check out these female Israeli rockers instead 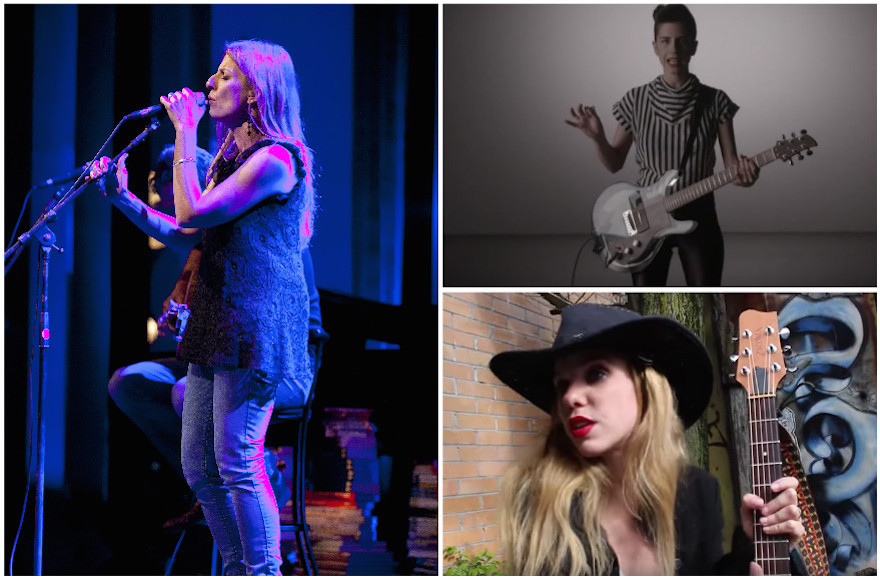 NEW YORK (JTA) — Judging from recent viewership trends, we can safely guess that more than 100 million people will be glued to their TV screens on the night of Feb. 5, when the New England Patriots face the Atlanta Falcons in Super Bowl LI.

For those who aren’t excited about football — or those who want to take a stand against the reports of brain damage that playing football can cause — there are other options, of course. And if you happen to be in the New York City, one recommendation is to check out a special Israeli-themed concert on the night of the big game.

Three Israeli rockers — all women — will take the stage at City Winery, an intimate music space in downtown Manhattan. The concert is dubbed “Women That Rock” — and, appropriately enough, the musicians will pause just long enough to watch Lady Gaga perform at the Super Bowl’s halftime show.

Here’s a primer on the Israeli musicians who are performing next Sunday. And if you’re not in NYC and not watching football, you can always check out their music in the videos below.

For fans of Alanis Morissette and Sade

The show’s main act is Dana Berger, who was one of Israel’s biggest pop stars of the late ’90s and early 2000s. She first rose to fame in the early ’90s, acting on the popular teen drama show “Inyan Shel Zman” (“A Matter of Time”). Since then, she has released several albums of soft pop rock, including “Ad Ha’Katze” (“To the Edge”), which sold over 80,000 records in Israel in 2000. She also wrote the theme song for the show “Hatufim” — a popular series which was remade as “Homeland” in the U.S. — and participated in the Israeli version of the reality show “Survivor.”

For fans of Feist and St. Vincent

After getting her start in the late 2000s in the house band of an Israeli comedy TV show hosted by popular personality Lior Schleien, Eisenman has become of the biggest indie rock names in Israel. She has released five albums (all in English), including the breakthrough “Gymnasium” in 2009, which blends funk, blues, folk and modern rock. In 2010, she opened for Jeff Beck when the guitar legend performed in Israel.

For fans of Regina Spektor and Ingrid Michaelson

As a musician, Be’eri has played and sung in a variety of bands and collectives, including the Mediterranean-influenced rock group Nanuchka and a hardcore punk band called Star F—ing Hipsters. She is also the founder of The Hive NYC, a Brooklyn arts space that showcases musicians as well as the work of visual artists. Her current backing band is called The Extended Family, but at the City Winery show, she will play a solo set on the piano.