Mary Tyler Moore on growing up in a Brooklyn Jewish neighborhood: Bruises, scraped knees and ‘fun’ 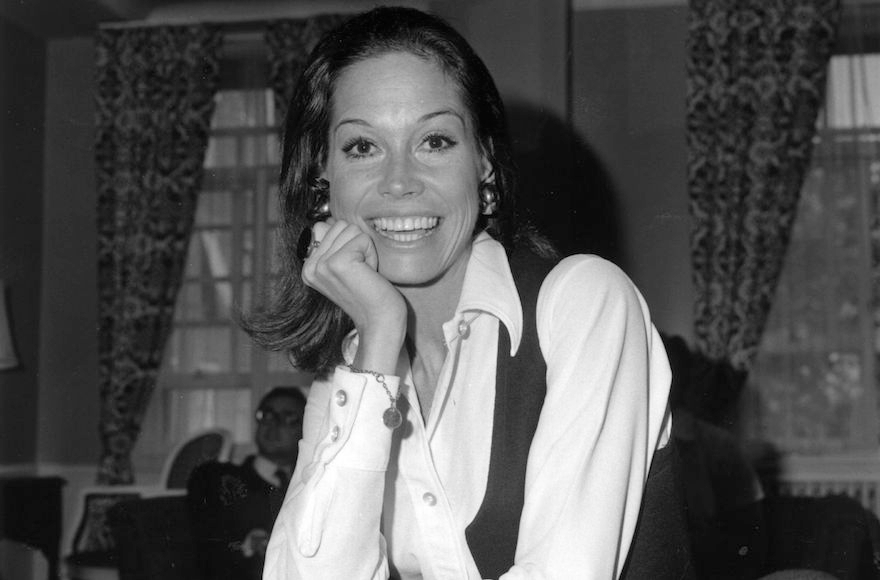 (JTA) — On Wednesday, the day Mary Tyler Moore died at 80, we wrote how she introduced fully developed Jewish characters into the American popular imagination.

A letter she wrote to The New York Times in 1996 may explain why.

Tyler Moore took umbrage then at the Times’ suggestion that the comic actress with the sweet Midwestern affect was not the most appropriate selection to be Homecoming Queen for “Welcome Back to Brooklyn Day.”

Tyler Moore had spent three years of her childhood in the Flatbush neighborhood of Brooklyn. Not only that, she wrote, “The Moores and one other family were the only Catholics in an Orthodox Jewish community where my grandfather owned the house that we would live in.”

She continued, describing those years:

I made my first Communion at St. Rose of Lima Church and took no small amount of kidding for the bridelike veil I wore on that particular Sunday.

“Well, so are you married to God now?”

“No, stupid. How come you can’t touch money sometimes? And what’s the big deal about sundown?”

She learned about Jews and Judaism, but not necessarily in the way that today’s kids might interact with peers from different cultures and religions.

“We never let each other forget our differences, fistfights being a regular part of our activities. I don’t think I was without a bruise or scraped knees for the whole time we lived there. Nor were some of them. But I remember feeling that whatever the bullying, we also had fun. We knew we were struggling with more than childhood’s fight for supremacy and territory. There were differences that could have been given indelible names but weren’t. Instead, we found ourselves and we found ourselves to be friends.”

Meanwhile on the CBC, one of the show’s writers recalled introducing her real-life experiences into the show.

“I was more the Rhoda type,” Susan Silver, who is Jewish, told the Canadian broadcaster, referencing a Jewish character on “The Mary Tyler Moore Show” and describing her first encounter with its star.

“They just wanted to know women’s lives and what was real and what was going on,” she said of the producers. “I just came in with stories from my real life.”