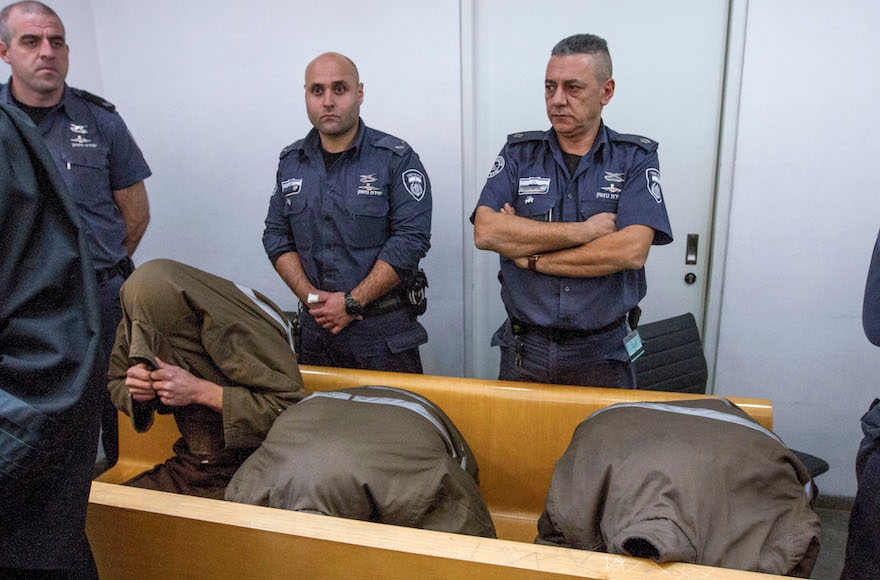 JERUSALEM (JTA) — An Arab-Israeli man angry after his girlfriend called him a “Jew lover” was indicted in the shooting that killed a Jewish bus driver and wounded another visibly religious Jewish man in Haifa.

Mohammad Yusef Shinawi, 21, was charged Monday for the attacks that took place on Jan. 3. The shootings had originally been reported as criminal, but are now considered nationalistic in nature, according to the indictment, the Shin Bet security service said in a statement released Monday.

Shinawi had turned himself in to police after the attack that killed Guy Kafri, 47, who drove a bus service for children with special needs. Yehiel Iluz, who works one day a week in Haifa as a rabbinical judge, was injured. Shinawi allegedly also shot toward a woman in the street but missed.

Charges include premeditated murder under the Terrorism Law, attempted murder and armed activity with terrorist purposes. Three friends of Shinawi, including a minor, were indicted as accessories to murder.

The indictment states, according to the Shin Bet, that since the Second Lebanon War, “the defendant’s hatred toward Jews intensified due to intermittent incidents involving Jews experienced by himself and members of his family.”

“His belief that Jews are infidels also increased, and were thus valid targets for physical harm. In the last few months prior to the events described below, his hatred intensified even further in light of additional events he experienced, and the desire for revenge became stronger,” the indictment said.

The additional event referred was Shinawi’s girlfriend accusing him of being a “Zionist Jew” and “Jew lover.”