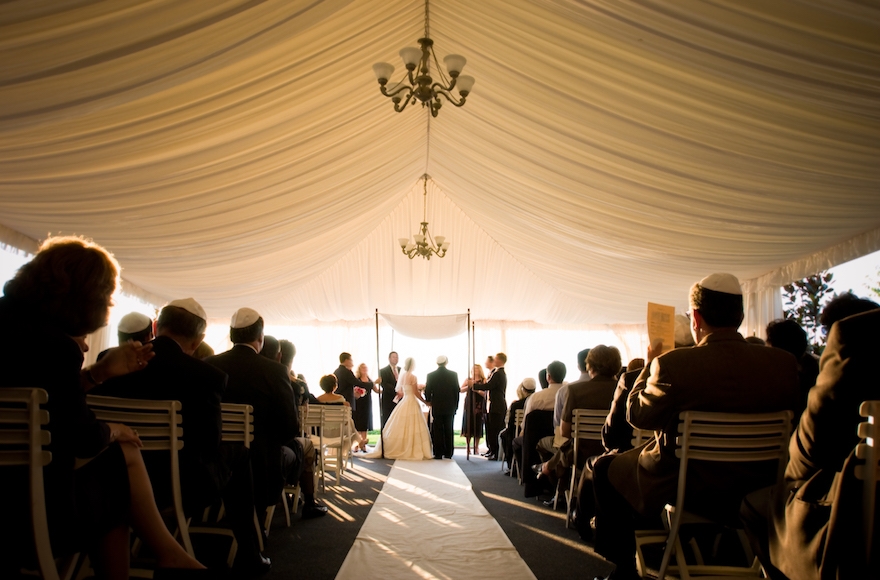 An illustrative photo of a couple getting married in a Jewish ceremony. (Getty Images)
Advertisement

TEL AVIV (JTA) — Yael knew she would have to prove she was Jewish. But she never expected trying to get married would turn into a nearly yearlong investigation of her family.

In the end Yael, who asked to go by a pseudonym to protect her privacy, was barred from marrying in Israel, along with her mother and older brother. Although they had long ago immigrated to this country as Jews, their lineage did not check out with the state religious authorities.

Over the years, the Orthodox rabbis who control marriage in Israel have become increasingly stringent about checking who is a Jew. More and more marriage applicants have been sent to rabbinical courts to be vetted. And just last month, those courts claimed the authority to put marriage applicants’ families on trial, too.

Anyone found not to be Jewish is added to a marriage “blacklist,” as happened to Yael and her family.

Last month, lawyers from ITIM, a nonprofit that helps people navigate Israel’s religious bureaucracy, appealed to the Supreme Rabbinical Court in Jerusalem on behalf of Yael’s mother and brother, as well as family members blacklisted in two other cases. ITIM lawyers argued that the rabbinical courts had acted outside their legal jurisdiction by adjudicating people’s Jewishness without their consent.

Because Jewishness is traditionally passed down from mother to child, the rabbinical courts bring in siblings or matrilineal relatives of marriage applicants and typically issue a ruling that applies to everyone. According to experts, this has been going on for least a decade and routinely for the past year and a half.

Rabbi Seth Farber, the director of ITIM, said the Chief Rabbinate — which officially controls much of Jewish life in Israel and oversees the rabbinical courts — is waging a destructive “inquisition.”

“The Rabbinate is challenging the very underpinnings of Zionism by placing the personal status of every Jew in doubt,” he said. “Instead of being a place that’s welcoming to Jews, it has become a place that is looking to undermine Jewish identity.” 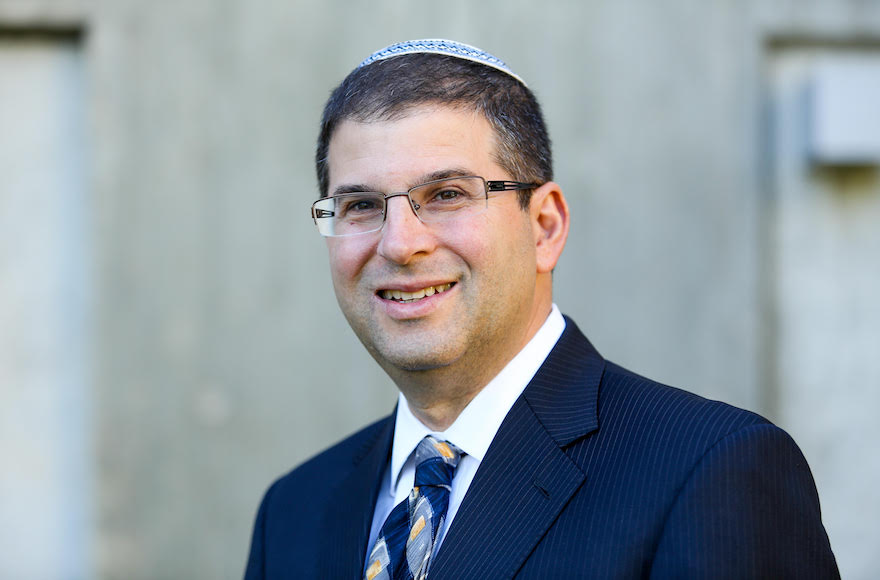 Rabbi Seth Farber, director of the nonprofit ITIM, says the Chief Rabbinate is waging an “inquisition.” (Courtesy of ITIM)

Elad Caplan, a legal consultant for ITIM, said the rabbinical courts investigate about 5,000 people for their Jewishness each year and find fewer than 10 percent not Jewish. But he estimated that most of those people are Jews, too, and simply cannot prove it.

It is “outrageous,” Caplan said, that Israel demands documents that in many cases were created by governments in the throes of violent anti-Semitism.

“Do we really want a Jewish state that makes blacklists of who’s a Jews and who’s not?” he asked. “Have we learned nothing from our history?”

On Dec. 12, the Supreme Rabbinical Court ruled against two of ITIM’s appeals, saying the rabbinical courts were legitimately acting under a legal mandate to combat intermarriage. The justices cited a draft amendment to the courts’ regulations made a few days earlier in response to ITIM’s appeals.

A similar ruling on Yael’s case was anticipated any day.

Yael said she always felt like an Israeli Jew. Her family immigrated from Belarus when she was a baby, she explained in unaccented Hebrew, and she attended public schools, observed Jewish holidays and served in the army. She even grew up hearing her maternal grandmother’s story of Holocaust survival, she said. Then, she fell in love with a nice Israeli Jewish boy and last fall agreed to marry him.

Just ahead of the planned wedding date this summer, the Tel Aviv rabbinical court scuttled her plans. In ruling she was not Jewish, the court pointed to inconsistencies in her family’s paperwork.

Yael’s father is Jewish, but that is not relevant under Orthodox Jewish law.

Experts said the Chief Rabbinate began regularly checking the Jewishness of marriage applicants and others in response to the mass influx of immigrants from Ethiopia and the former Soviet Union, mostly in the 1980s and 1990s. Immigrants need only have a Jewish grandparent to get Israeli citizenship, and several hundred thousand non-Jews are estimated to have arrived in those waves.

Over the decades, the experts said, the Chief Rabbinate’s worry about intermarriage has only grown. The checks became official policy in 2002.

“The closer the rabbis look” into immigrants’ backgrounds, “the more nervous they get, which makes them look even closer,” said Shuki Friedman, the head of religion and state research at the Israel Democracy Institute.

But Friedman said that most non-Jewish immigrants do not identify as Jews, and so need not concern the Chief Rabbinate. Further, if the goal is to prevent assimilation, he said, the rabbinical courts’ aggressive vetting of marriage applicants and their family members is counterproductive, since it “pushes people away from Judaism.”

Rabbi David Stav, a leading religious Zionist rabbi, agreed, and said the practice is in no way required by Jewish law.

“If the court found out there was an attempt to hide something or cheat the rabbis, I can understand they have to check [the person’s Jewishness] again,” he said. “Halachically speaking, though, there is no need to check anything about someone’s story unless he gives you a good reason to be suspicious.”

Stav’s rabbinical group, Tzohar, works to help non-Orthodox Israelis access the Chief Rabbinate’s services. But when Yael came to Tzohar for help before she was investigated last year, she was disappointed. Roots — the group’s program for helping immigrants from the former Soviet Union research their Jewish heritage — failed to prove she was Jewish and reported its findings to the Chief Rabbinate.

After the rabbinical court ruled against her, Yael went her own way. She had a private modern Orthodox conversion and married her fiance in a wedding ceremony that was not sanctioned by the Chief Rabbinate, and thus against Israeli law. Still, Yael said she held out hope that the state would recognize her, and her marriage, as Jewish before the weddings of any future children.