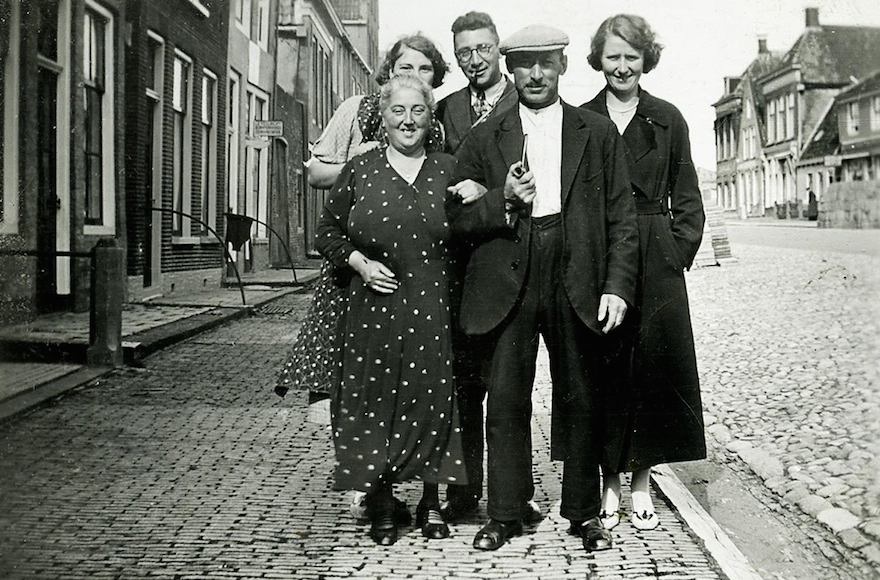 The Boas-Pais family, who perished in the Holocaust, in front of their home in the Frisian city of Harlingen, the Netherlands, before World War II. (Courtesy of the Annehuis ter Harlingen)
Advertisement

AMSTERDAM (JTA) — The Jews of Friesland, a region in the northern Netherlands, are not known for stories with happy endings.

During the Holocaust, Friesland’s vibrant Jewish community was forever obliterated, including its endemic customs and distinct Yiddish dialect. It is one of the starkest examples of how the Holocaust decimated and irreparably changed Dutch Jewry.

That’s why the recent surfacing of a unique film from 1939 showing the wedding of a Frisian Jewish couple who escaped the genocide is generating remarkable reactions from local media and Dutch state historians here over the past week.

The film is the only known footage of Frisian Jewish life from before the Holocaust. Its discovery comes amid a wave of popular interest in the Holocaust in the Netherlands, including in films and series with record ratings and in the construction of monuments – most recently with the opening last year of the National Holocaust Museum in Amsterdam.

The silent, black-and-white film was the subject of a special aired last week in prime time by the region’s public broadcaster, Omrop Fryslân. All the region’s main dailies reported on it, as did some national publications — including the Netherlands’ main television guide. Placed on YouTube by the Frisian Film Archive on Jan. 25, it received thousands of hits, becoming the archive’s second-most-watched video over the past two years.

The couple’s children handed it over this month to the Frisian Film Archive after finding it in their late mother’s suitcase in 2008. They had hung onto it for nearly a decade to “come to terms with it,” Andre Boers, one of the couple’s three children, told JTA on Tuesday.

The seven-minute film posted online last week — excerpted from longer footage — shows the bride, Mimi Dwinger, wearing a form-fitting satin wedding dress and riding a horse-drawn carriage with her fiancé, Barend Boers. It’s a sunny spring day and the couple is headed from Leeuwarden City Hall to the local synagogue.

As elegantly dressed women and men wearing top hats stream into the synagogue, other locals from the Jewish quarter of this poor, provincial city gather around the entrance for a better view of what seems to be an unusually opulent affair.

The ring is too small for a comfortable fit. Boers flashes an amused smile at the camera as Dwinger quickly licks her finger to make it easier to slip on the jewelry. Touchingly, Boers holds up her veil while she does this.

The newlywed couple appears relaxed at the reception held at the local Jewish kosher hotel, The German Eagle. The guests chat and, after a few glasses of advocaat — Dutch eggnog — they giggle at the cameraman. The excerpt — the full footage was given on loan to the archive earlier this month — ends with Boers gently kissing his wife on the forehead.

Nothing about the film suggests that the people featured in it had any idea their world was coming to an end.

Just a year after filming, the people in the movie would come under the Nazi occupation that decimated the Frisian Jewish community, along with 75 percent of Dutch Jews — the highest death rate in occupied Western Europe.

For example, the body of the congregation’s rabbi, Levisson, was found in 1945 inside a German cattle car that was full of dead or dying Jews when the advancing Russian army encountered it in Eastern Europe.

The bride’s father, Moses, was arrested and sent to the death camps in 1943. Fewer than 10 members of his extended family of about 100 survived the war, according to Andre Boers.

Though the Jews in the film appear relaxed, Frisian Jews did have an inkling of the storm heading their way, according to Hans Groeneweg, a historian at the Frisian Resistance Museum, a state-funded institution entrusted with documenting the occupation years.

“The bride you see smiling in that film, she’s a woman running for her life,” he told the Frisian Broadcasting Authority in a 25-minute round table discussion that aired Jan. 25. Levisson was especially aware of the danger, as he had been helping settle in the Netherlands refugees from neighboring Nazi Germany for years.

While few of their relatives and guests survived, the lovebirds plotted the escape that saw them survive against all odds.

They escaped the Netherlands in 1942, through France and Spain to Jamaica. Boers enlisted to fight with the Allies, while his wife volunteered to work for the British War Office. Boers participated in the liberation of the Netherlands in 1944 as part of a Dutch brigade that fought embedded within the Canadian army. 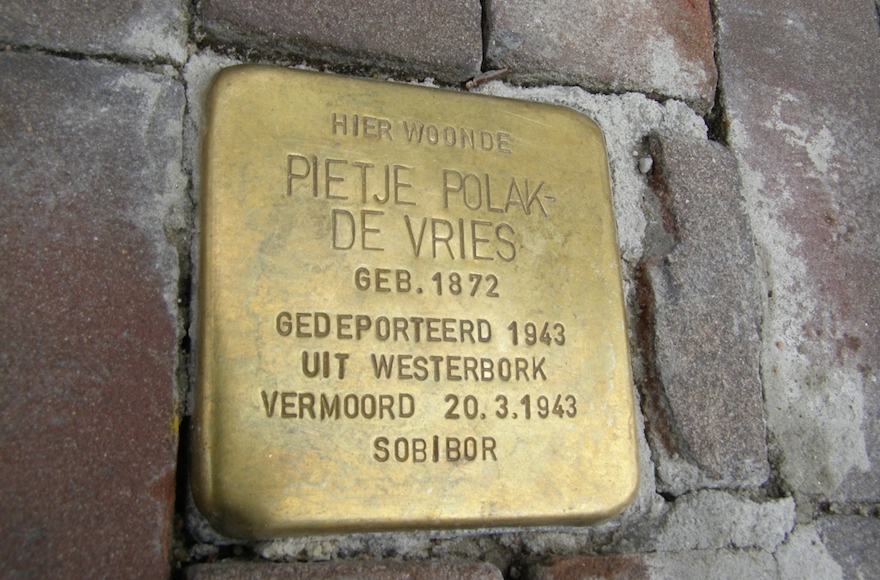 The couple returned to the liberated Netherlands. Boers died in 1979 at 69. His widow, Mimi, passed away nine years ago at 90. Her three children now live in Amsterdam and Israel. The Frisian Film Archive learned of the film’s existence after the family offered to give the 16mm footage to the archive on loan.

“For decades we’ve been looking for footage from the Jewish community before the war, and now here it is,” Syds Wiersma, an archivist for the Frisian Film Archive, told the regional broadcaster last week.

The film’s appeal, according to Groeneweg, the resistance museum historian, isn’t just its rarity.

“It offers hope — hope that not all the people in that film died in the camps, that a few managed to escape, after all,” he said.

But for Andre Boers, Mimi and Barend’s middle child, who is living in Israel, the film has a far more personal significance. Before the family found it, he had not seen moving images of many of the relatives featured.

It’s a “highly emotional opportunity to see my grandparents, great-grandmother, uncles, aunties and many others just a few years before most of them were murdered by the Nazis,” he wrote last week on Facebook.