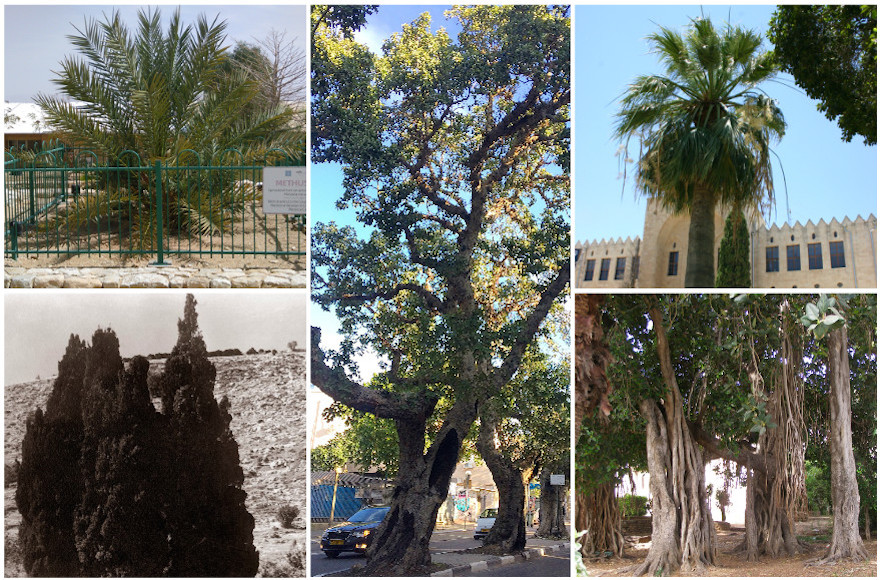 (JTA) — Trees have stories, and Israel’s trees have lots of stories. Scattered throughout the country, scores of ancient and historic trees help shed light on fascinating aspects of Israeli history, from the biblical to the modern, that are often overlooked by the average tourist.

As we approach Tu b’Shvat — the new year for the trees on the Jewish calendar falls on Feb. 10 this year — now is the perfect time to visit some of these magnificent trees.

The five trees below, all easily accessible, are worth seeking out on your next tour of the Jewish state. They’re a mixed lot — some are associated with famous figures, others are impressive in size, some are just plain old — but all are worth checking out. 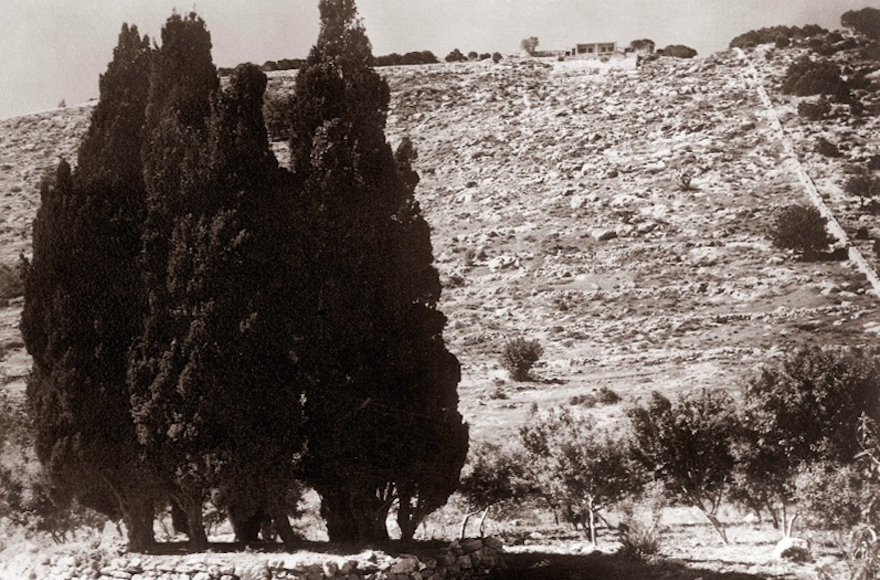 The Baha’i Gardens complex is the most widely recognized landmark in the city of Haifa — it’s also a World Heritage Site.  The extensive complex of buildings, terraces and gardens was developed in stages, beginning with a simple, one-story building in 1909 to the completion of the site in 2001.

This monumental project began with a simple stroll. In 1891, the founder of Baha’i, the religious leader Baha’u’llah, and his son ascended a mountainside near Haifa and, as the story goes, the two men walked until they came to a clump of cypress trees. There, Baha’u’llah pointed out to his son the site that would serve as the permanent resting place of the Bab, the prophet who heralded the arrival of the Baha’i faith. He declared his mission in Persia in 1844, but because of his religious teachings he was executed there in 1850, at the age of 31. The Bab’s remains were brought to the Holy Land in the late 1890s and permanently laid to rest on Mount Carmel in 1909.

This resting place — the Shrine of the Bab, at the center of meticulously maintained gardens — is a major pilgrimage site for Baha’i worldwide. Nine terraces have been landscaped above and nine terraces prepared below. The original clump of cypress trees can still be plainly seen today, little changed as they appeared over 100 years ago. They are a reminder of the place where the founder of the Baha’i religion stood and first designated the location of this magnificent site. 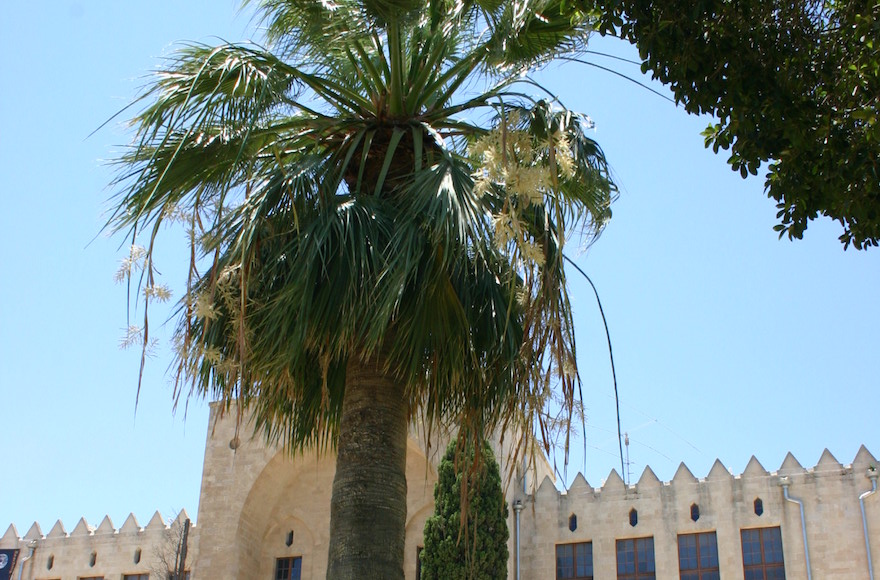 Einstein’s Palm (Courtesy of the Technion)

The Technion-Israel Institute of Technology is an internationally recognized institute of higher education located on a sprawling campus at the edge of Haifa. Few realize that the original institution began in the Hadar neighborhood, in midtown Haifa, at the beginning of the 20th century. Its aim was to foster scientific and technical education in the region. The impressive original building in which the Technion began now houses the Israel National Museum of Science, Technology and Space.

In 1923, Albert Einstein and his wife, Elsa, visited the Technion, which was still a work in progress at that time. In honor of the visit, they were invited to plant two palm trees, which still flank the original building. In 2007, Lokey Park was on the new Technion campus on Haifa’s outskirts, and the tree-planting tradition was renewed: Visiting Nobel laureates like the late Elie Wiesel have been invited to plant a tree in the park, as was the late Israeli President Shimon Peres.

A visit to Einstein’s palm helps unveil the story of this institution and the important part it played in the development of the country. 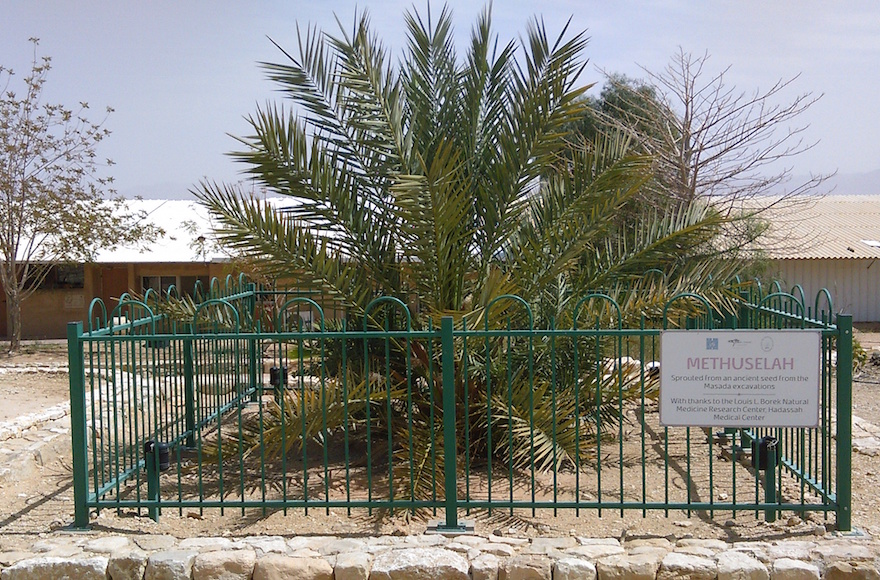 In southern Israel, on the grounds of Kibbutz Ketura, stands a palm tree surrounded by a small enclosure. It is not a particularly impressive tree in appearance, but the story behind it is remarkable. The tree — named Methuselah, after the oldest person in the Bible — has been brought to life from a 2,000-year-old seed recovered from Masada during excavations in the 1960s. The seed, a remnant of the famous Judean date palm that went extinct around the time of the Crusades, was sprouted in 2005.

The tree is a male. As it reaches maturity, its pollen will be used with other trees to help produce the same (or similar) variety of date eaten in ancient times. 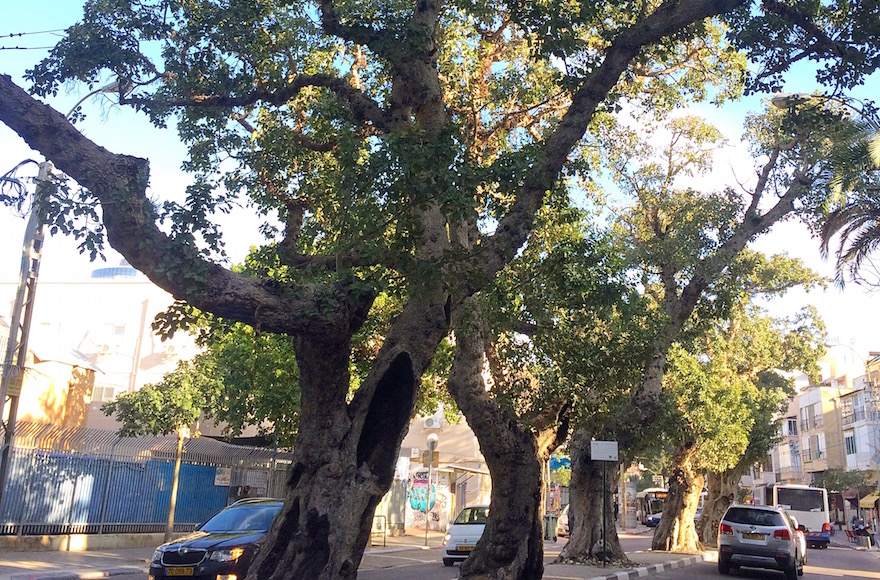 Tel Aviv has experienced explosive growth since it was established in 1909, obliterating most signs of the original landscape. Even so, in the heart of the bustling metropolis, near the expansive Meir Park, six ancient sycamores fill a narrow traffic island in the middle of busy King George Street, just north of Borochov Street. These impressive trees are vestiges of the native vegetation of Tel Aviv — in the 1920s, when the street was first being paved, the traffic island was created to preserve the trees.

A photo that has been widely published in books and online shows a man leaning against the trees in 1921, when the area was still undeveloped. In the mid-1930s, the municipality of Tel Aviv presented a plan to uproot the trees in order to widen and straighten the road. Many local residents vigorously opposed the idea — therefore the trees remain for us to enjoy and help us visualize an earlier version of the land, before it was a city. 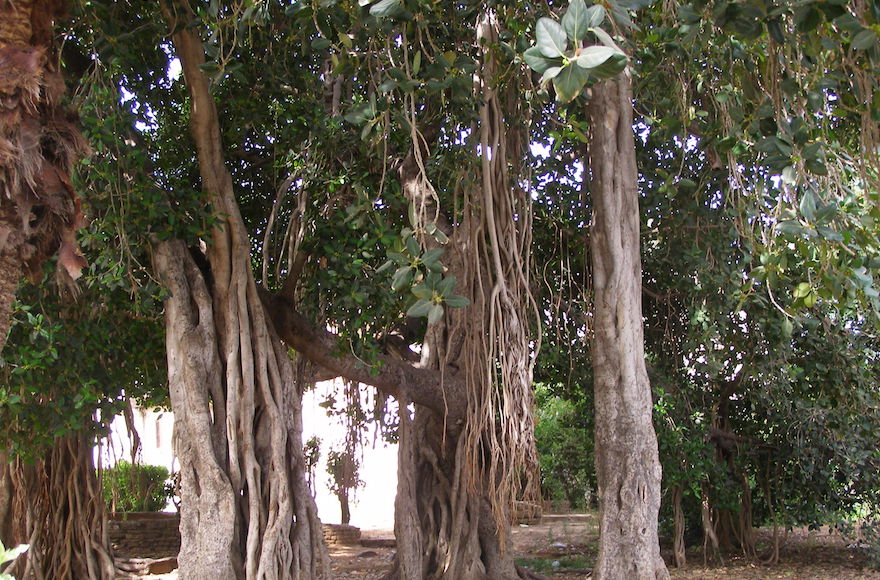 Just north of Holon, the Mikveh Israel Agricultural School sits like a peaceful green oasis within the greater Tel Aviv metropolitan area. The school was established in 1870 and nurtured the first generations of Israeli agriculturalists. Perhaps not surprising, the school’s grounds and extensive botanical garden boast a plethora of impressive trees.

But a visitor’s first stop should be the magnificent banyan tree located near the school’s synagogue. The tree was planted in 1888 by Charles Netter, the school’s founder and first headmaster. This fascinating tree is a forest all to itself — thick aerial roots have formed alternate trunks in an ever-widening circle that today encompasses approximately a quarter of an acre. Over the years, cuttings were taken from the tree — and so it is also the parent of many other beautiful banyan trees located throughout the country.

So next time you visit Israel and pass by a gnarled, ancient tree, take a moment to reflect on the story behind it. Maybe the tree was planted by early Jewish colonists working for the Turkish authorities, or maybe it has outlived centuries-old towns or villages that once existed on the spot. Or perhaps it served as a landmark in an otherwise barren countryside — one that’s now crowded with buildings and automobiles. Every tree has a story. You just have to ask.