Orthodox Union bars women from serving as clergy in its synagogues 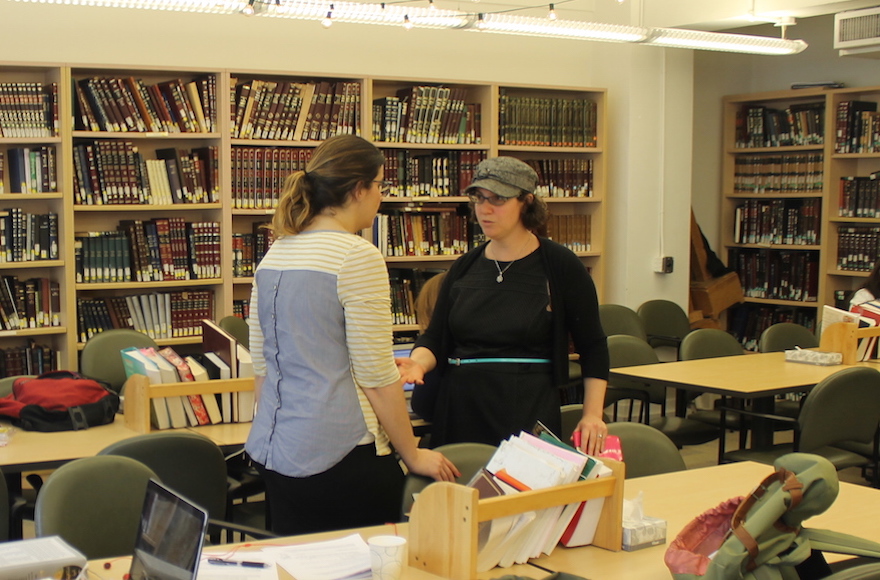 Rabba Sara Hurwitz, right, is the dean of Yeshivat Maharat in New York, which since its founding in 2009 has ordained 11 Orthodox clergywomen. (Uriel Heilman)
Advertisement

(JTA) — The Orthodox Union released a new policy barring women from serving as clergy at its 400 member congregations across the United States.

Adopted at a board meeting Feb. 1 and reported Thursday in the Forward, the ruling cites Jewish law, or halacha, in declaring that “a woman should not be appointed to serve in a clergy position.”

The ruling bars women from holding a title such as “rabbi,” or even from serving without title in a role in which she would be performing “common” clergy functions. It lists those functions as ruling on halachic matters, officiating at lifecycle events, “delivering sermons from the pulpit during services, presiding over or ‘leading services’ at a minyan and formally serving as the synagogue’s primary religious mentor, teacher, and spiritual guide.”

Seven leading modern Orthodox rabbis contributed to the ruling — a response to a small number of synagogues that have hired female clergy ordained by institutions representing a left-wing, or “open” faction, within modern Orthodoxy. Yeshivat Maharat, a New York-based yeshiva, has already graduated 14 female Jewish clergy.

At least four synagogues that are members of the Orthodox Union currently employ women in clergy roles, according to the Forward.

Representatives and champions of such groups expressed disappointment at the new policy.

“There are various ways of practicing Judaism, halachic Orthodox Judaism,” Sharon Weiss-Greenberg, executive director of the Jewish Orthodox Feminist Alliance, told the Forward. “We are disappointed, however, that the OU is attempting to squash that healthy debate and impose their [religious ruling] on hundreds of synagogues, thus centralizing power … and not giving autonomy to communities’ lay and professional leaders.”

In a statement accompanying the ruling, the Orthodox Union asserted that the “synagogue experience would be enhanced by … an even greater presence of women functioning as educated, knowledgeable and halachically committed role models, teachers, and pastoral counselors,” and that it would encourage dialogue in order for women within Orthodoxy to “assume greater lay and professional roles” and to remove “barriers that impede women from further contributing to our community, in halachically appropriate ways.”