UK lawmaker: Anti-Semitism rising due to Jews not criticizing Israel 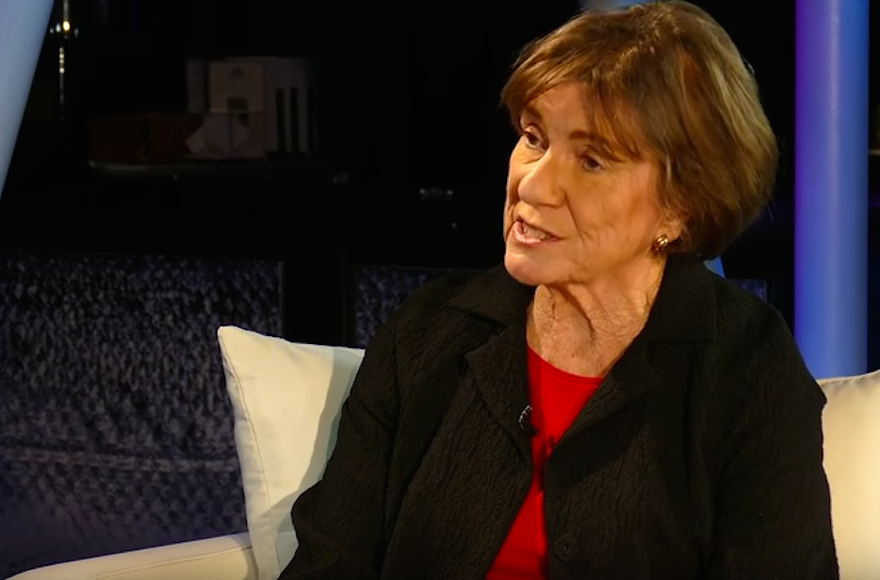 LONDON (JTA) — Reacting to the record number of anti-Semitic incidents in Britain in 2016, a lawmaker who was suspended from her party for anti-Israel rhetoric accused pro-Israel Jews of creating the situation by not criticizing the Jewish state.

Jenny Tonge, a Liberal Democrat in the upper house of the Parliament before her suspension in October, sent an email to the Jewish community’s main watchdog group on anti-Semitism, the Community Security Trust, on Thursday in reply to its report showing a 36 percent rise in incidents over 2015, the Jewish News of London reported.

“Do you NEVER consider that the actions of the Israeli government are contributing towards this rise?” Tonge wrote. “If the Board of Deputies and the CST spoke up against the abuse if (sic) human rights, flagrant disregard of international law and the Geneva Conventions they would do much to improve the situation here.”

Of the 1,309 incidents recorded by CST in 2016 noted in the report, which was sent to all lawmakers, discourse relating to the Middle East was used in 105 cases, of which 62 showed evidence of anti-Israel motivation or beliefs, the watchdog said. Unlike in years that saw conflagrations between Israel and its enemies, the increase in 2016 was not directly attributable to any single factor, CST further wrote.

This ambiguity, Moshe Kantor, the president of the European Jewish Congress said in a statement, “demonstrates clearly that anti-Semitism requires no outside factors and without strong action by authorities will continue to grow.”

Tonge, who in July accused Israel of causing a rise in jihadist violence worldwide and in October hosted an event that according to reports featured anti-Semitic speakers, also wrote: “The perpetual victim mentality of your organization is counterproductive and does not help real decent Jewish people.”

Tonge has a history of suggesting that Jews are culpable for attacks against them. Some of her critics allege that her rhetoric sometimes veers into anti-Semitism; she has consistently denied the accusations.

Last year, she wrote to The Guardian, saying: “It is difficult to believe that a 75 percent increase in antisemitism it reports have been committed by people who simply hate Jewish people for no reason. It is surely the case these incidents are reflecting the disgust amongst the general public of the way the government of Israel treats Palestinians and manipulates the USA and ourselves to take no action.”