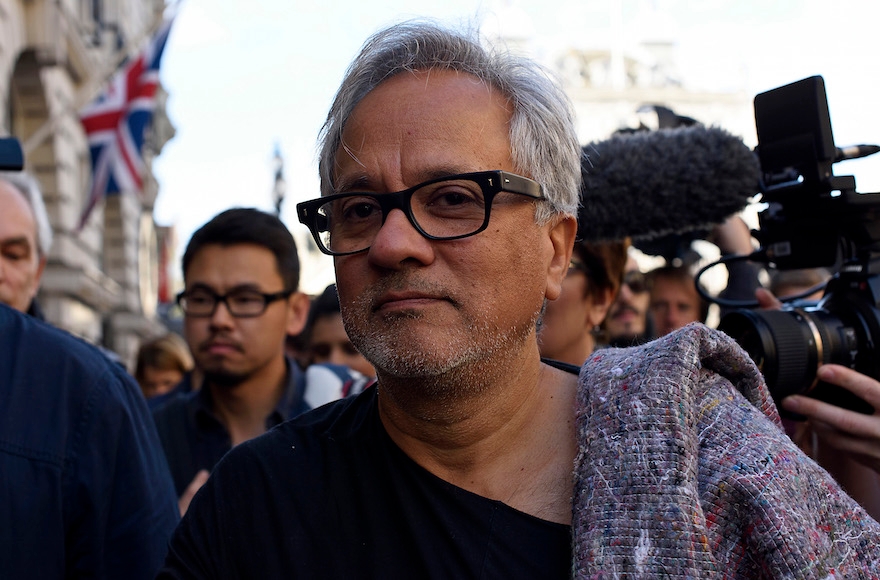 (JTA) — Anish Kapoor, an influential and innovative artist as well a longtime social activist, was named the winner of the 2017 Genesis Prize.

Kapoor, the son of a Baghdadi Jewish mother and Indian father, was tapped Sunday for the so-called Jewish Nobel. He joins Itzhak Perlman, former New York City Mayor Michael Bloomberg and actor-director Michael Douglas as recipients of the $1 million prize.

The Bombay native, who moved to Israel at 16 but has been based in the United Kingdom since the 1970s, said he will use his award to help alleviate the Syrian refugee crisis and try to expand the Jewish community’s engagement in a global effort to support refugees. More than 12.5 million Syrians have been displaced during the current conflict, of which some 2.5 million are children.

The Genesis Prize recognizes individuals who have attained excellence and international renown in their fields and whose actions and achievements express a commitment to Jewish values, the Jewish community and the State of Israel. It is awarded by the Genesis Prize Foundation in partnership with the Office of the Prime Minister of the State of Israel and the Jewish Agency for Israel.

Kapoor’s works include “Turning the World Upside Down” at the Israel Museum in Jerusalem, “Cloud Gate” at Chicago’s Millennium Park and the “Orbit” in London. Kapoor also created the Holocaust memorial for the Liberal Jewish Synagogue in London and the 70 candles for Holocaust Memorial Day in Britain in 2015, commemorating the 70th anniversary of the liberation of Auschwitz.

For many years Kapoor, who was knighted in 2013,  has been a public advocate for the cause of refugees and an outspoken advocate for displaced people around the world. He recently visited Syrian refugees in the Za-atari refugee camp as part of UNICEF’s art therapy program, which is intended to help children who have witnessed atrocities to express themselves through art.

“Jewish identity and history have witnessed recurring conditions of indifference, persecution and Holocaust,” Kapoor said in a statement. “Repeatedly, we have had to repossess ourselves and reidentify our communities. As inheritors and carriers of Jewish values it is unseemly, therefore, for us to ignore the plight of people who are persecuted, who have lost everything and had to flee as refugees in mortal danger. Outsider consciousness resides at the heart of Jewish identity and this is what motivates me, while accepting the honor of the Genesis Prize, to re-gift the proceeds to refugee causes.” 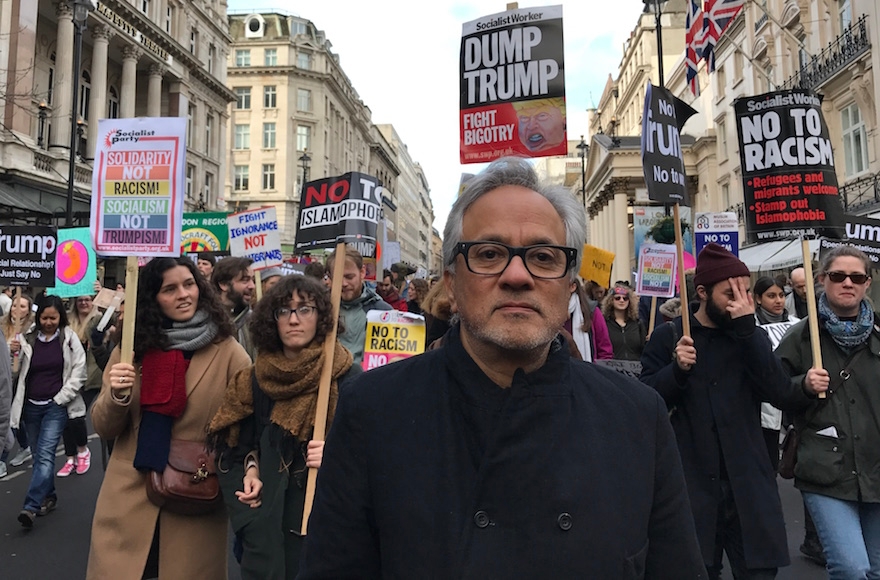 “I am an artist, not a politician, and I feel I must speak out against indifference for the suffering of others.”

He added: “I appeal to people of good conscience in the global Jewish community, and those outside it, who share this sentiment and cannot remain passive and silent, to join the call of the Genesis Prize, help save lives and give refugees an opportunity to return to normal life.”

Natan Sharansky, chairman of the Executive of the Jewish Agency and head of the Genesis Prize selection committee, said that Kapoor “has campaigned against indifference his whole life. His message is clear, powerful, and inspiring.”

“I am confident that Anish will use the Genesis Prize to build on the good work already being done by Jews in this area, and his voice and energy will help to focus more people on the need to alleviate the suffering of refugees.”