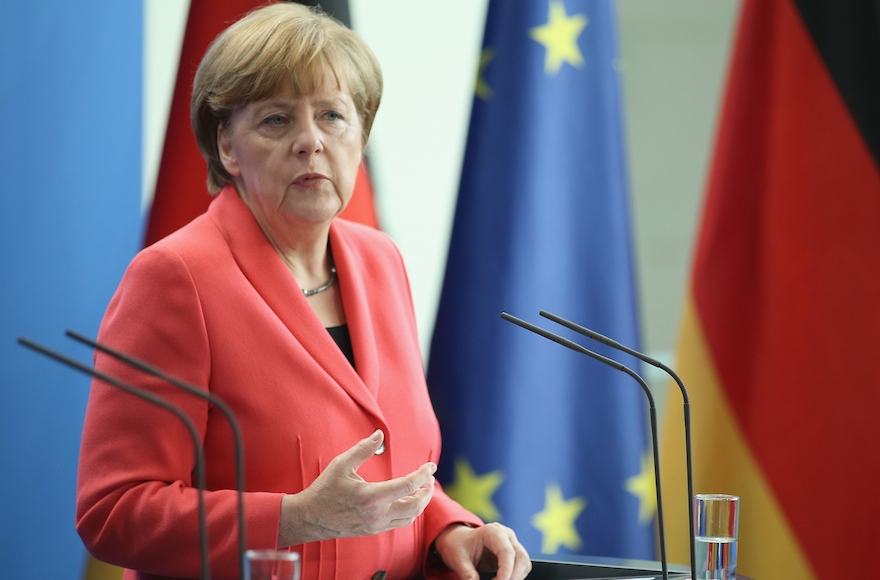 Berlin said Wednesday that the “regulations law” undermines trust in Israel’s seriousness about reaching a compromise with the Palestinians.

“Many in Germany who stand by Israel and feel great commitment toward it find themselves deeply disappointed by this move,” a German Foreign Ministry spokesman said in a statement. “Our trust in the Israeli government’s commitment to the two-state solution has been fundamentally shaken.”

The law, which the Knesset passed in a raucous late-night session Monday, allows the state to seize private Palestinian land on which settlements or outposts were built, as long as the settlers were not aware of the status of the land. In cases where the landowners are known, they are entitled to compensation.

Censure of the law has come from governments around the world, including the United Nations, the European Union, France, Britain, Turkey, Jordan and the Palestinians. The United States has refused to comment. White House spokesman Sean Spicer said Tuesday that it “will be obviously a topic of discussion” when President Donald Trump and Israeli Prime Minister Benjamin Netanyahu meet later this month.

Most of Israel’s political opposition and even members of the governing coalition oppose the legislation. Israeli Attorney General Avichai Mandelblit has said he would not defend it before the Supreme Court. It was the first time that an Israeli attorney general has made such a refusal, legal experts told JTA.

“In view of the many reservations which the Israeli attorney general, among others, has affirmed once more, it would be good if the bill could soon undergo a critical legal review,” the German statement said. “We hope and expect that the Israeli government will renew its commitment to a negotiated two-state solution and underpin this with practical steps.”