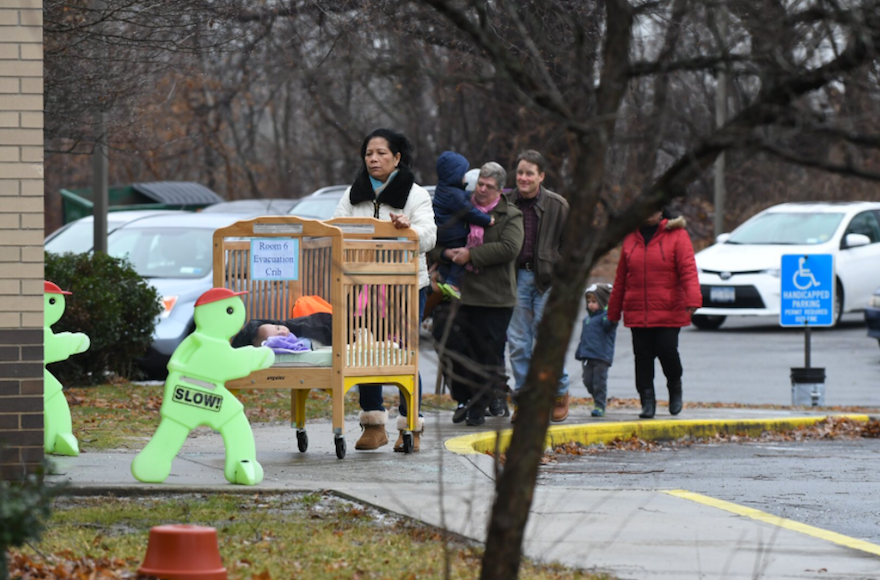 The Albany Jewish Community Center is one of three Jewish institutions that has received three bomb threats since the beginning of 2017.(Screenshot from Twitter)
Advertisement

The Secure Community Network, which has led the effort to respond to five waves of bomb threats to Jewish community centers nationwide, formed the SCN Security Advisory Council on Thursday. The council will strengthen communication between SCN and law enforcement, and provide expertise in specific areas such as cyber threats and prosecution of terrorists.

“We will provide strategic guidance to SCN and also assist in strengthening SCN’s critical partnership with federal, state and local law enforcement and community leaders across the country,” said council chairman Alejandro Mayorkas, a former deputy secretary of the Department of Homeland Security, speaking to reporters on a conference call.

“The Security Advisory Council will have members from all of these levels of government, who have tremendous expertise working in these communities across the country.”

The council currently has seven members and plans to add more. Along with Mayorkas, it includes two other former deputy Homeland Security secretaries, along with the former homeland security chief of Cook County, Illinois, which includes Chicago. The remaining three members are a former National Security Agency official, a retired colonel with 30 years of military experience and Paul Goldenberg, SCN’s director.

Goldenberg said on the conference call that the FBI “has put tremendous assets” into investigating the bomb threats and expressed confidence the perpetrators would be caught. He added that he does not expect that U.S. Jewish communities will need to take the kinds of precautions adopted by European Jews, such as posting armed soldiers outside Jewish institutions.

“The relationship here with American law enforcement is very mature,” Goldenberg said. “The American Jewish community is very much part of the fabric of life here in the United States.”