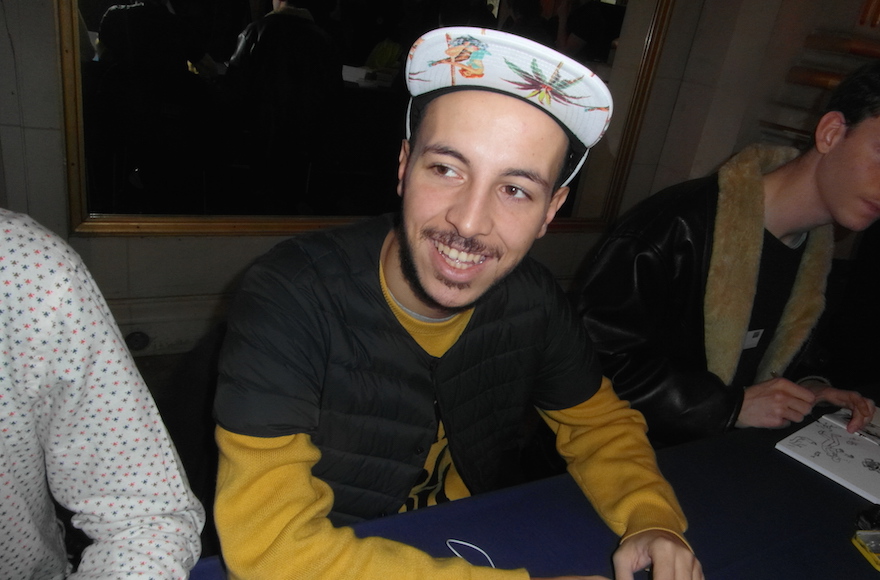 (JTA) – A former culture minister of France distanced herself from an up-and-coming journalist who interviewed her recently following the discovery of virulent anti-Semitic tweets he authored.

Christiane Taubira, who last month granted a wide-ranging interview to Mehdi Meklat, 24, of the Les Inrocks magazine, said she would not have afforded him that access had she known that in the years 2012-14, he wrote under a pseudonym on Twitter numerous anti-Semitic, myogenic and homophobic messages.

The revelations have stunned France as Meklat, a native son born to a Muslim family from Northern Africa, had been widely regarded as a progressive proponent of religious and ethnic coexistence amid rising tensions among Muslims, Jews and others in France.

The tweets, which surfaced as Meklat was promoting his latest book, included reference to Jewish greed, Hitler and gas. Some were authored by Meklat on his Twitter account, while others appeared under the pseudonym Marcelin Deschamps.

In one tweet, published less than a month after the slaying of four Jews at a school in Toulouse by the jihadist Mohammed Merah, Meklat wrote that he was in the same building as Marine Le Pen, the leader of the far-right National Front party, adding: “I’m going to pull a Merah on her.”

In another he wrote to Le Pen: “Welcome to my cave, I will slit your throat according to the Muslim tradition.”

And in another, he wrote: “Long live the fags, long live AIDS under President Francois Hollande.”

Meklat later apologized and wrote on Facebook last month that they were part of “an experiment to test the borders of provocation.”

But in 2009 Meklat, then 16, wrote on Bondy Blog, a website devoted to discussing and resolving racial and religious tensions in France, about the need to fight anti-Semitism, which he also wrote sometimes disguised itself as anti-Zionism.

The revelations about Meklat came shortly before the first trial ever held in France of an underage defendant accused of perpetrating a jihadist attack. The boy, 15 at the time of the attack, was sentenced Thursday to seven years in jail for the January 2016 stabbing of a Jewish man in Marseille with a machete. The victim was slightly injured.