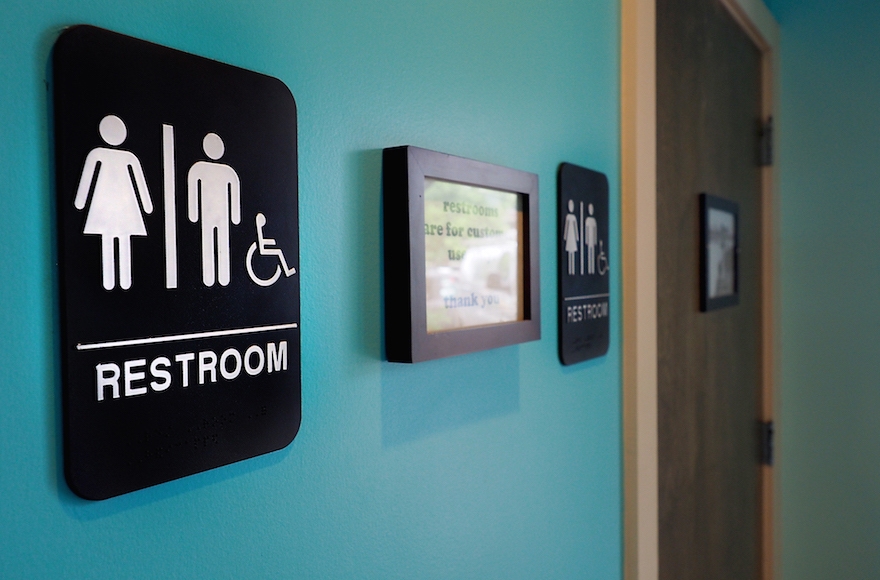 (JTA) — The Jewish Theological Seminary joined other Jewish Conservative groups in a U.S. Supreme Court appeal against a presidential move that allows schools to decide who may enter gender-segregated bathrooms.

On Thursday, JTS wrote in a statement that it has joined an amicus brief designed to uphold the “rights of transgender students to use public school restrooms consistent with their gender identity.”

The March 2 appeal follows the decision last month by the administration of President Donald Trump to roll back guidelines issued by his predecessor, Barack Obama, ordering schools to allow transgender students to use bathrooms and locker rooms matching their perceived gender identities.

“JTS is compelled to act in the face of state and federal actions which undermine the Jewish principle of human dignity,” the organization wrote in the statement about its joining the amicus brief.

“In the Jewish tradition, public humiliation is tantamount to bloodshed,” JTS Chancellor Arnold Eisen wrote in the statement. “We will not stand idly by the blood of our fellow human beings. Laws such as the one at issue in the Supreme Court case have the effect, if not the purpose, of publicly humiliating transgender students by refusing them access to facilities consistent with their gender identities.”

On Thursday, David Frum, a conservative former speechwriter for ex-President George W. Bush, harshly criticized other elements of the Trump presidency on Twitter.

Frum, who is Jewish, lambasted Trump’s “attack [on] American norms and institutions,” which he suggested is aimed at concealing contact by Trump administration officials with Russian officials. Such contacts are the subject of an ongoing FBI investigation into possible involvement by Russia in the presidential elections.

“The peculiar grim irony in this case is that somewhere near the center of Trump’s story is the murky secret of Trump’s Russia connection,” Frum wrote.

Trump has denied ever colluding with Russia on the elections or any other issue, calling such suggestions conspiracy theories of disgruntled rivals.