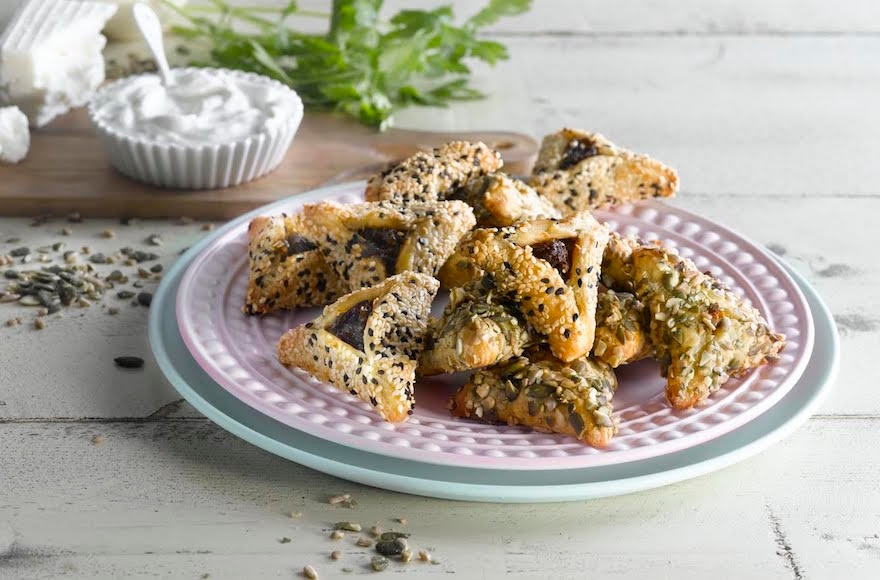 Those are just some of the new hamantaschen options this year at Roladin, a popular Israeli bakery chain. On Tuesday, the Dizengoff Center branch in Tel Aviv, one of dozens around the country, was bustling in advance of the Purim holiday, which starts on Saturday evening.

“The public trusts us to expose them to new flavors,” said the branch owner, Itzik Shamsian. “Roladin takes pride in innovating and changing.”

In recent years, Israeli bakeries have increasingly offered gourmet versions of the three-cornered cookie — marzipan, say, or gluten-free varieties — alongside the classics, like poppyseed and prune. The change reflects the growing sophistication of Israel’s culinary scene, which is focused on updating traditional dishes and fusing them with cuisines from around the world.

Purim — which commemorates the Jews’ deliverance from Haman, an evil adviser to an ancient Persian king —  is a festive holiday for both religious and secular Jews in Israel. Like Halloween in the United States, it is characterized by costumes and parties, including street parades in some cities.

But among the most iconic symbols of the holiday are hamantaschen — called oznay haman, or “Haman’s ears,” in Hebrew. In the weeks before Purim, they pop up in bakeries, cafes and kitchens around the country, and the treats are included in the mishloach manot, or Purim gift baskets, Israelis traditionally exchange for the holiday. 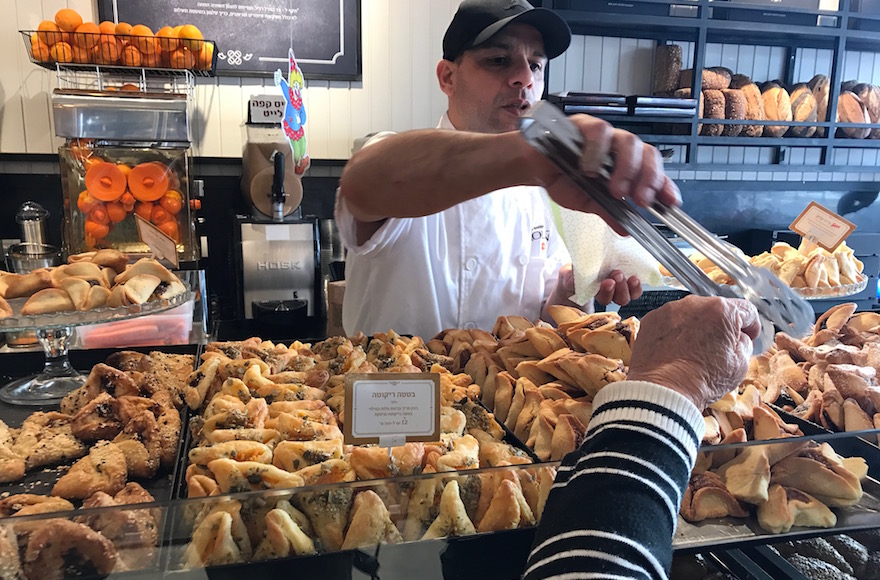 Ashkenazi Jews, about half of Israel’s Jewish population, have been making hamantaschen on Purim for generations, and little has fundamentally changed. A disc of cookie dough is folded into a triangle around a sweet filling and baked. In Israel, the classics are poppyseed, chocolate and date, with jam not nearly as common as in the United States.

But in recent years, Israeli chefs have been giving hamantaschen an upgrade, introducing fillings inspired by high-end desserts and even savory pastries.

“We decided this year to innovate and surprise with a variety of sweet, salty, alcoholic and traditional flavors to suit everyone,” Roladin CEO Noah Becher Aharoni said in a statement to JTA. “Our pastries are handmade and of higher quality ingredients.”

Roladin is something of a pioneer in creating innovative holiday-centric treats. Starting a few years ago, for Hanukkah, Roladin began offering dulce de leche and pistachio versions of sufganiyot, or fried doughnuts, some served with syringes to allow customers to squeeze the optimal amount of filling into every bite.

Lehamim, a bakery chain with branches in Tel Aviv and Manhattan, has gradually expanded its hamantaschen offerings over the past decade or so. But recently they reversed course. This year, instead of eight or nine new flavors of hamantaschen, Lehamim is focusing on traditional varieties — with three notable exceptions: marzipan, sweet potato and feta cheese, and potato and parsley.

According to co-owner and chef Uri Scheft, the secret to his poppyseed hamantaschen — which he said he sells more of than the rest of the flavors combined — is the seeds. To preserve their sweetness, he uses a special machine to press rather than grind them and bakes them immediately after. But his personal favorite is the marzipan, which draws on his Danish heritage. 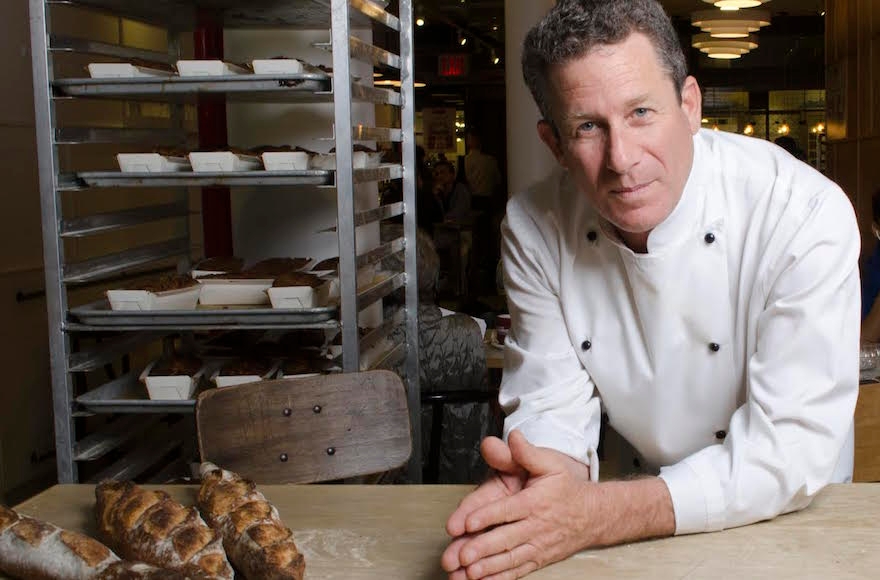 “A lot of the traditional foods people eat in Israel were mass produced, which gave them a bad reputation,” Scheft said. “But more and more, people are making these foods right and discovering what they should taste like. I never knew what [the Yemenite bread] malawach was until my Moroccan-Yemenite wife’s family made it for me.”

Like its population, Israel’s food is a mishmash of global influences, from Poland to Morocco. Until recently, the best Israeli cooking was happening in homes. But in the past decade or so, food has gone public, with an explosion of dining options in Tel Aviv and other cities. Cooking shows, like Israel’s version of “MasterChef,” which celebrate and refine Israel’s diverse culinary heritage, have shattered viewing records and made household names out of celebrity chefs like Eyal Shani and Haim Cohen.

Oren Becker, a top pastry chef, recently started making gluten-free, vegan and low fat and low- or no-sugar hamantaschen. His preferred ingredients include whole-grain dough and goji berries. But he dismissed new flavors as largely hype. Most people just want one of the classics, he said.

“The media and chefs have to come up with new things, like hamantaschen that taste like quiche or pizza or whatever,” he said. “But if you ask people in the street, they really want the traditional thing that their parents and their grandparents ate.”

Shamsian, the Roladin manager, acknowledged that the most popular flavors at his branch remain poppyseed, chocolate and date.