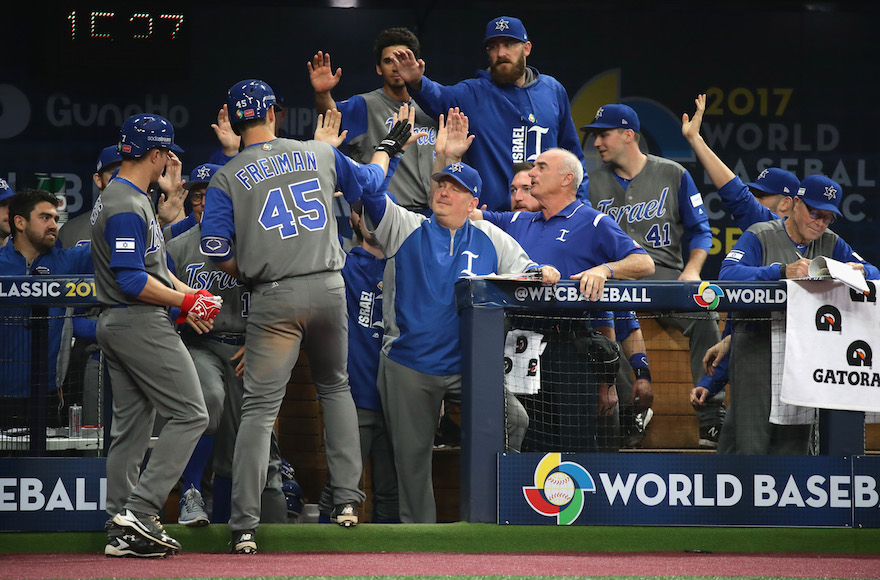 Israel overwhelmed the Chinese Taipei team 15-7 early Tuesday in Seoul for its second straight win in the country’s first appearance in the tournament.

Israel defeated Korea 2-1 in ten innings on Monday. It is scheduled to play the Netherlands on Wednesday.

This is the first year that the Israeli team has qualified for the quadrennial baseball tournament, in which 16 countries are represented. In 2012, Israel’s inaugural WBC team narrowly missed making the tournament.

The top two teams from each of the four groups in the tournament will advance to the second round next week in Japan.

The game marks the first time that American Jewish baseball players, including several current and former Major League Baseball players, are representing Israel in a world championship. World Baseball Classic rules state that players who are eligible for citizenship of a country may play on that country’s team. Ten current and former Jewish major leaguers representing Israel in the World Baseball Classic visited Israel in December.

In an article published on Sunday, ESPN described the Israeli team as “the Jamaican bobsled team of the WBC.”