At least 16 Jewish sites threatened in sixth wave of harassment 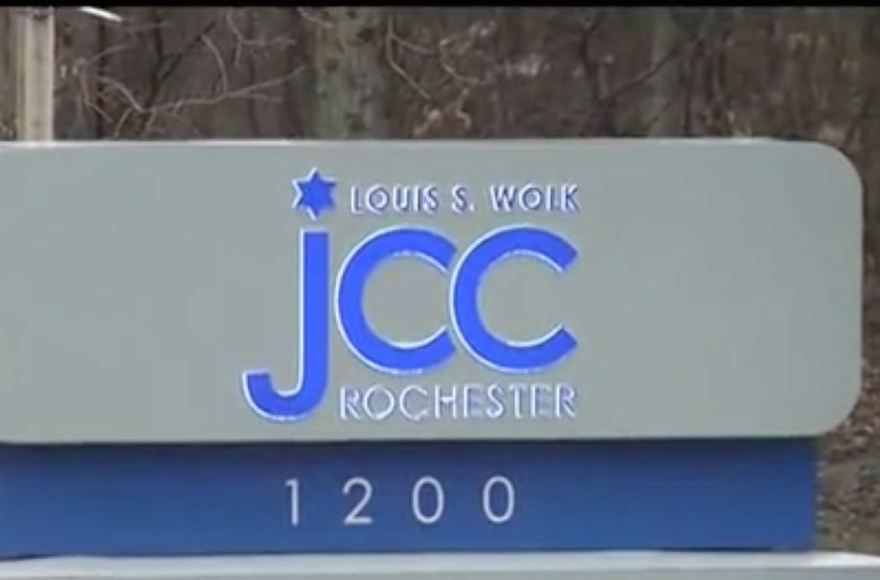 (JTA) — At least 12 Jewish community centers and institutions across North America and four Anti-Defamation League offices have received threats of lethal attack, the sixth such wave since the beginning of the year.

As of Tuesday afternoon, threats had been reported at Jewish institutions in Massachusetts, Illinois, Wisconsin, Maryland, Oregon, Florida, Alabama and at least two community centers in New York, according to Secure Community Network, the security arm of the Jewish Federations of North America. In addition, two threats were directed toward Canadian JCCs, in Toronto and London, Ontario.

Some threats were called in over the phone, others were emailed.

Chicago5, NBC’s Chicago affiliate, reported a bomb threat at the Chicago Jewish Day School on the city’s North Side. The Boston Herald reported that a day school housed at Temple Beth Shalom in Framingham, Massachusetts, and the Solomon Schechter Day School in Newton, Massachusetts, were both evacuated on Tuesday.

At the JCC in Syracuse, New York, the threat was different in nature from the others, according to Paul Goldenberg, the SCN director, who declined to elaborate. On Twitter, the Syracuse JCC said people inside had sheltered in place before getting the all-clear.

Our campus received a phone threat this AM. Everyone is safe and all is ok. We were in shelter in place. Police just gave all clear.

Meanwhile, the ADL said its national office in New York, its office in Washington, D.C., and its regional offices in Atlanta and Boston had been threatened.

“This is not ‘normal.’ We will not be deterred or intimidated,” ADL’s CEO, Jonathan Greenblatt, said in a statement. “It is time for action, and we call on the administration and Congress to take concrete steps to catch those threatening the Jewish community.”

The Portland, Oregon, threat came in Monday evening by email. The JCC alerted local police and the FBI and closed early for a sweep.

In Rochester, the evacuation of members and staff on Tuesday was ordered shortly before 6 a.m., the local ABC affiliate 13WHAM reported. About 75 people were evacuated from the building. Parents whose children attend the JCC day care were notified and asked to make alternate child care arrangements for the day, according to the Democrat & Chronicle newspaper.

Local and state police officers and FBI agents reportedly were on the scene to sweep the building.

The bomb threat comes less than a week after at least five headstones were toppled at the Waad Hakolel Cemetery, also known as the Stone Road Cemetery, in Rochester.

A JCC Toronto client posted photos on Facebook of the downtown building being evacuated. “We are huddled inside the Second Cup where they are giving out free coffee and tea,” she said, referring to the Canadian coffee shop chain.

Ron Halber, the director of the Jewish Community Relations Council of Greater Washington, said a threat to the JCC in Rockville, Maryland, was emailed late Monday night, and necessitated an additional sweep of the premises with bomb-sniffing dogs, in addition to the routine daily sweep the JCC undergoes. There was no evacuation, he said.

“The person who is doing this will fail,” Halber said. “If anything it’s bringing people together, it makes people want to stand up more, this is being a catalyst for greater Jewish involvement and pride.”

Goldenberg, the SCN director, said that in every instance protocols were observed and went smoothly.

“The protocols and processes that these institutions have in place have gone smoothly,” he said. “Our constituents and members have remained safe.”

More than 100 Jewish institutions, mostly JCCs, have received bomb threats since the beginning of the year. The last two weeks saw vandalism at Jewish cemeteries in Philadelphia, St. Louis and Rochester, as well as two more waves of bomb threats called into JCCs, schools and institutions across the country, representing the fourth and fifth waves of such harassment this year. No explosive device was found after any of the calls.