A powerful Israeli video on disabilities inclusion: ‘We are here’ 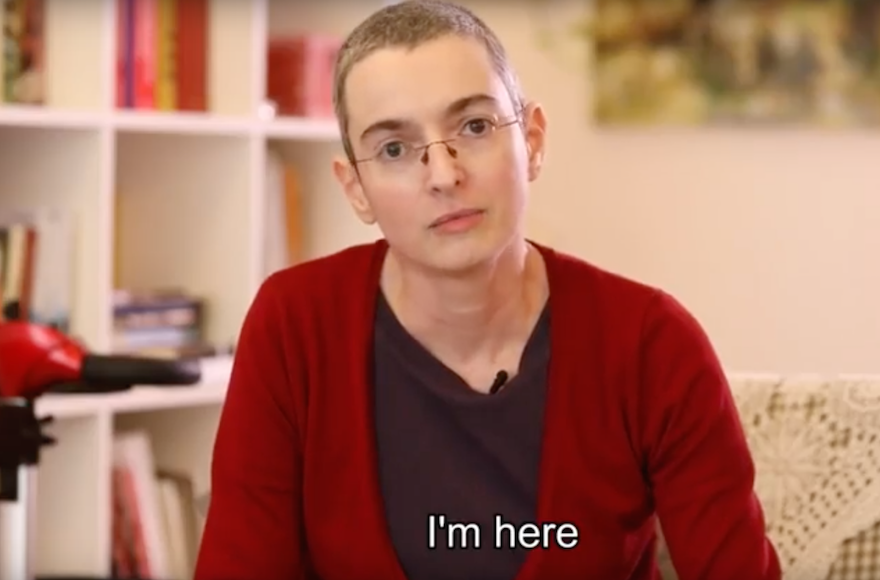 (JTA) — People with disabilities want to live side by side with able-bodied people — is that so much to ask?

That’s the message conveyed by a series of young Israeli adults with disabilities in a new video produced by Bizchut, the Israeli Human Rights Center for People with Disabilities, and Link20, an initiative of the Ruderman Family Foundation.

In the video, young adults critique those who verbally support people with disabilities but are too afraid to live in the same spaces as them.

As of Wednesday afternoon, the video has been watched over 200,000 times on Facebook.

It is part of an advocacy campaign, “Make Room,” designed to promote awareness about housing rights in Israel — but its message goes far beyond politics.