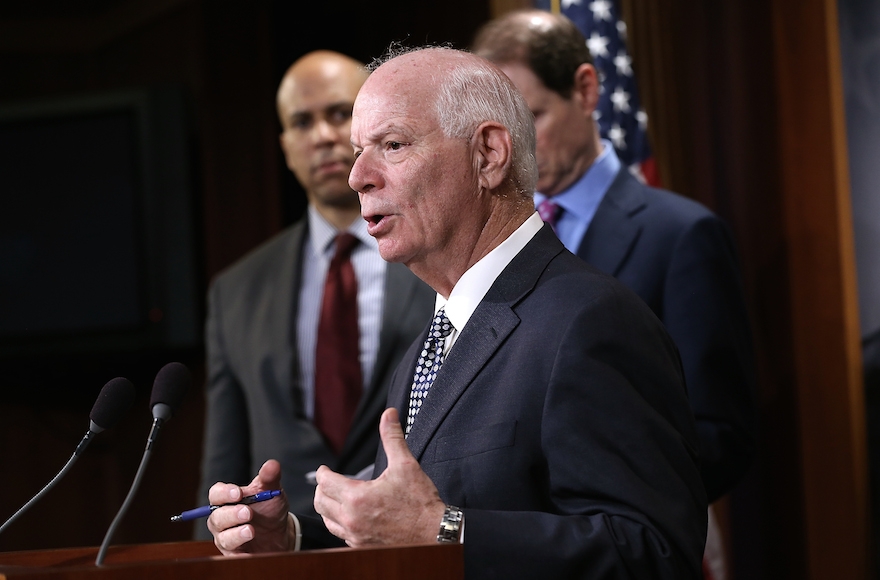 “I believe it is critical for the U.S. ambassador to Israel to be seen as a unifying figure in this enduring relationship,” Cardin said in a statement Wednesday, a day before the committee was due to vote on Friedman’s nomination.

“Following extensive consideration of Mr. Friedman’s record and taking into account his statements during his nomination hearing, I have concluded that his past record would make it very difficult for him to serve as that unifying force,” Cardin said.

Speaking Wednesday with reporters, Cardin said he did not know how other Democrats would vote. But considering the senator’s leadership role, his closeness to the pro-Israel community and his reputation as a moderate, the statement is a signal that Friedman will likely be approved — but in a close party-line vote. Republicans, the majority on the committee, have said they likely will vote for Friedman. If the committee approves him, Friedman’s nomination will then go before the full Senate.

The principal objection to Friedman has been his use, in writings and in appearances, of pejoratives in describing liberal Jews, ranging from calling the Anti-Defamation League “morons” to describing J Street as “worse than” collaborators with the Nazis.

However, Democrats also have raised objections to Friedman’s robust backing and fund-raising for the settlement movement, as well as past statements saying he could accommodate a one-state outcome to the Israeli Palestinian conflict.

“The problem I have is that certain stakeholders will look at his writings and will have a hard time to look at him as a facilitator,” Cardin said Wednesday.

Friedman has done an apology tour, meeting with senators he has attacked in the past as well as with leaders of liberal Jewish groups. Notably, he has so far not responded to requests from J Street for a meeting, nor has he directly apologized to the group.

On Wednesday, the group released a letter it sent to Friedman on Monday asking for a meeting.

“The process of Teshuvah, or repentance, calls on Jews to not only apologize for their transgressions, but to make amends for them directly and resolve never to repeate them,” said the from J Street President Jeremy Ben-Ami. “It is for these reasons and more that we believe our face-to-face meeting is of vital importance right now.”

Friedman did not respond to JTA’s request for comment about the letter.

“One might disagree with [Friedman] on a political point, but that doesn’t mean he is not extremely capable, upstanding, and that the president should have the absolute right to nominate whomever he desires,” Ronald Lauder, the WJC president, said in a letter to the Senate Foreign Relations Committee.