JCCs to Sessions: We’re ‘frustrated’ with progress on bomb threats 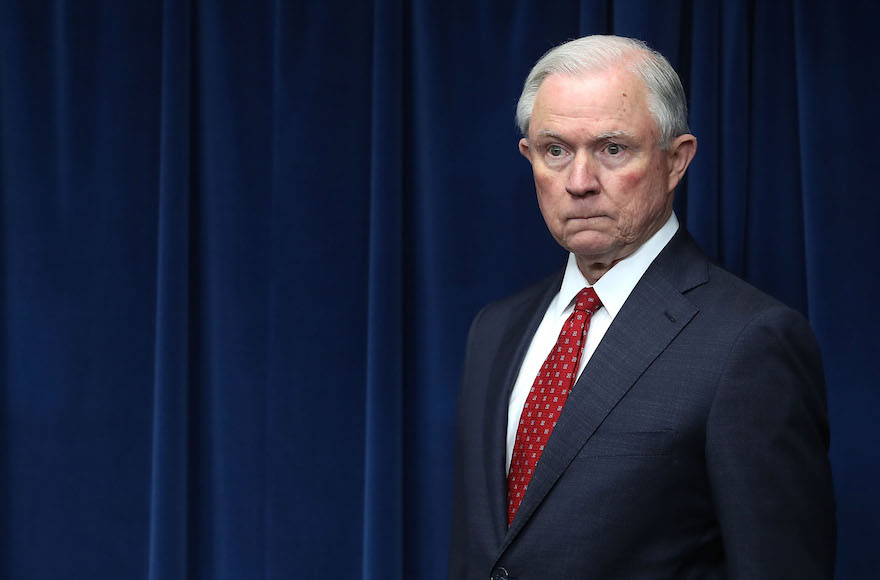 The letter, sent Wednesday by the JCC Association of North America, the national organization of Jewish community centers, requested a meeting with Sessions and urged the Justice Department to do more to stop the threats.

It also praised local law enforcement’s response to the incidents and recognized President Donald Trump’s condemnation of them.

“Still, we are frustrated with the progress in resolving this situation,” the letter said. “We insist that all relevant federal agencies, including your own, apply all the resources available to identify and bring the perpetrator or perpetrators, who are trying to instill anxiety and fear in communities across the country, to justice.”

More than 100 bomb threats have hit JCCs and other Jewish sites across the country since the beginning of the year. The latest wave, on Tuesday and Wednesday, targeted 20 JCCs, day schools and offices of the Anti-Defamation League.

The Department of Homeland Security has made its regional experts available to JCCs, and leaders of major Jewish groups met with FBI Director James Comey on March 3. Local JCC directors have repeatedly praised the response of area law enforcement.

“Local law enforcement have represented a beacon of responsiveness and professionalism as our communities have endured dozens of anti-Semitic threats in past weeks,” the letter said. “We respectfully ask that federal agencies, including your own, do the same.”

Authorities have yet to identify the person or people behind most of the threats. Juan Thompson, a St. Louis resident charged with making eight of the threats to avenge a former romantic partner, appears to have been a copycat.