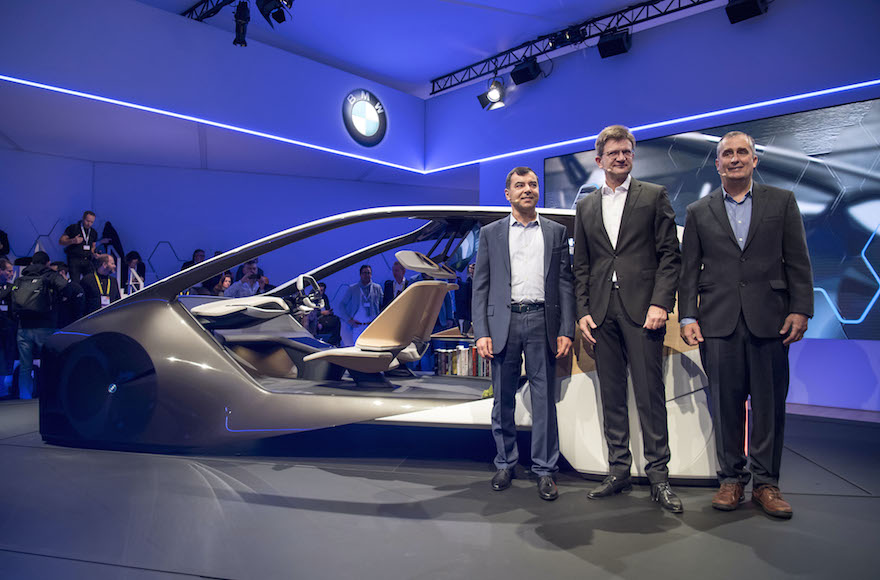 JERUSALEM (JTA) — The U.S. chipmaker Intel will pay $14.7 billion to acquire the driverless technology firm Mobileye in what reportedly is the largest-ever purchase of an Israeli high-tech company.

In a joint announcement Monday, the companies said the combination “is expected to accelerate innovation for the automotive industry and position Intel as a leading technology provider in the fast-growing market for highly and fully autonomous vehicles.”

Prime Minister Benjamin Netanyahu of Israel called Mobileye CEO Ziv Aviram to congratulate him, calling the deal in a tweet a source of “Israeli pride.”

“This deal proves that the vision we are leading is coming true. Israel is becoming an international technological powerhouse. Not only in regards to cyber, but in regards to vehicles as well,” Netanyahu said in a statement released by his office.

Aviram reportedly told Netanyahu that the company and its research would remain based in Israel.

Mobileye was founded in 1999 with a mission to help cut the number of injuries and fatalities caused by vehicles. It employs 600 people.

Mobileye and Intel already are collaborating with BMW on a project that will see the production of 40 self-driving test cars. They are scheduled to hit the road later this year.

The sale is expected to close in nine months, according to the companies. The boards of both companies have already approved the deal, which is subject to certain regulatory approvals and other closing conditions.

Mobileye’s technology was developed in Hebrew University labs in 1999 and marketed by the university’s technology transfer company, Yissum.

“We are always happy to see technology started at the Hebrew University of Jerusalem become such a huge success. This is a record deal not only for Yissum and Mobileye, but for Israel,” said Yaacov Michlin, CEO of Yissum.