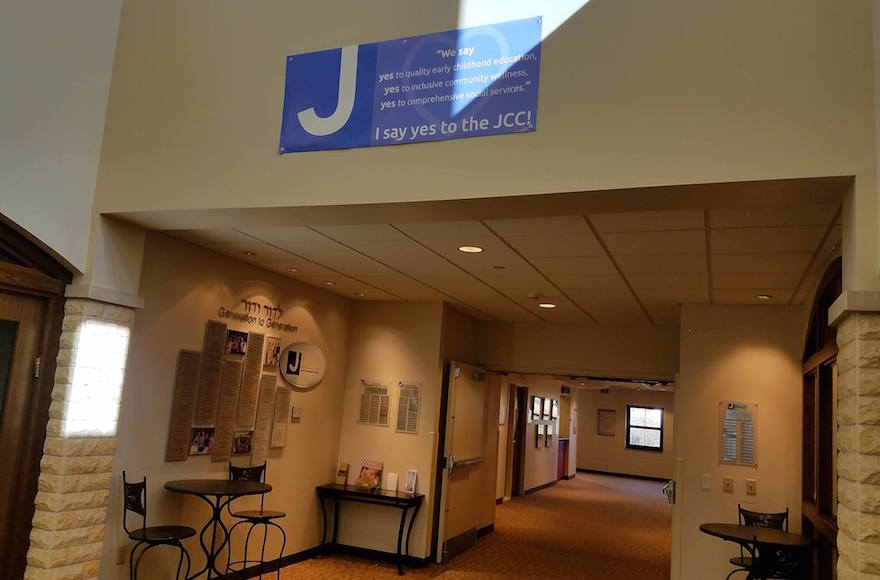 A view of the Harry and Rose Samson Family Jewish Community Center in Milwaukee Wisconsin, which was one of several JCCs to receive more bomb threats on Sunday. (Facebook)
Advertisement

(JTA) — At least seven Jewish community centers in the United States and Canada received bomb threats while they were hosting Purim events.

The threats, either called in or emailed, were reported Sunday at JCCs in Rochester, New York; Chicago; Indianapolis; Milwaukee; Cleveland; Houston, and Vancouver, British Columbia.

Most of the JCCs were evacuated and searched. None of the threats turned out to be credible.

For some of the centers it was their second threat in the past week.

The threats are part of a wave that has hit JCCs, Jewish schools and other Jewish institutions since the start of 2017. More than 150 threats have been received since the beginning of the year, according to the Secure Community Network, which coordinates security across Jewish organizations in North America.

On Sunday, New York Gov. Andrew Cuomo called the second such threat against the Rochester JCC in less than a week “a despicable and cowardly act” of anti-Semitism. Cuomo ordered the New York State Police to launch a more intense investigation into the threats, and to work with federal and local law enforcement on the investigation.

“Like all New Yorkers, I am profoundly disturbed and disgusted by the continued threats against the Jewish community in New York,” Cuomo said in a statement. “As New Yorkers, we will not be intimidated and we will not stand by silently as some seek to sow hate and division. New York is one family, and an attack on one is an attack on all.”

Wisconsin Gov. Scott Walker said he plans to provide additional law enforcement intelligence and staffing to the JCC in Milwaukee so it “continues to be a safe place” after it was evacuated Sunday for the fourth time in six weeks.

Meanwhile, a rally was held Sunday outside the Rady Jewish Community Centre in Winnipeg, Canada, which was evacuated due to a bomb threat on Thursday, “to send a signal of unity against fear and terrorism.”

The surge in anti-Semitism? Here’s how to stop it