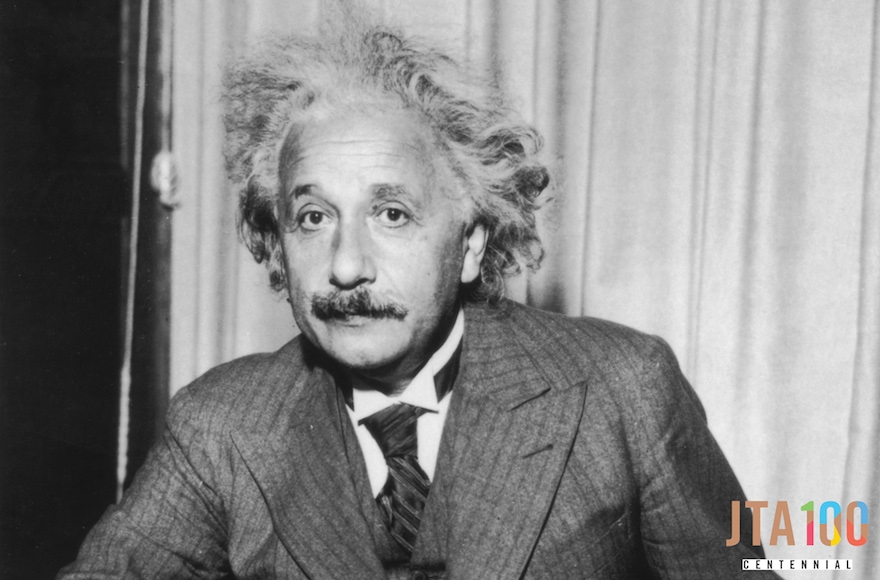 (JTA) — One hundred thirty-eight years after his birth, Albert Einstein still remains one of the most recognizable people in the world.

Back in 1926, the famous Jewish-German Nobel Prize-winning physicist spoke with a JTA correspondent in Berlin.

In celebration of Einstein’s birthday, March 14 —  what is now known as Pi Day, in tribute to the first three digits of the famous mathematical constant π — here are a few highlights from that interview.

On the necessity of a Jewish homeland:

“Thousands of Jews who are today suffering under the unbearable pressure of economic conditions or of anti-Semitic persecutions could find a homeland in Palestine if the Jewish people would provide the funds which are necessary for the upbuilding work,” Einstein said.

On efforts to build Jewish settlements in Russia:

“Although I believe that it is only in Palestine that work of lasting value can be achieved and that everything that is done in the Diaspora countries is only a palliative,” he said. “I nevertheless hold that the efforts which are being made to colonize Jews in Russia must not be opposed because they aim at assisting thousands of Jews whom Palestine cannot immediately absorb. On this ground, these efforts seem to me worthy of support.”

On anti-Semitism in Europe:

“The anti-Semitic movement is on the wane, Professor Einstein thinks,” the article states. “It is no longer so virulent and active as it was a few years ago. The League of Nations, the pan-European movement and other similar tendencies, he believes, are gradually creating a conciliatory atmosphere which is resulting also in a more tolerant attitude towards the Jews.”

On anti-Semitic allegations that Jews are not creative:

“[T]hat is a mistake,” Einstein said. “The Jews distinguished themselves especially in the field of discovery. Public opinion would be astounded to find how many Jews there were among the discoverers, if proper statistics were compiled on the subject.”