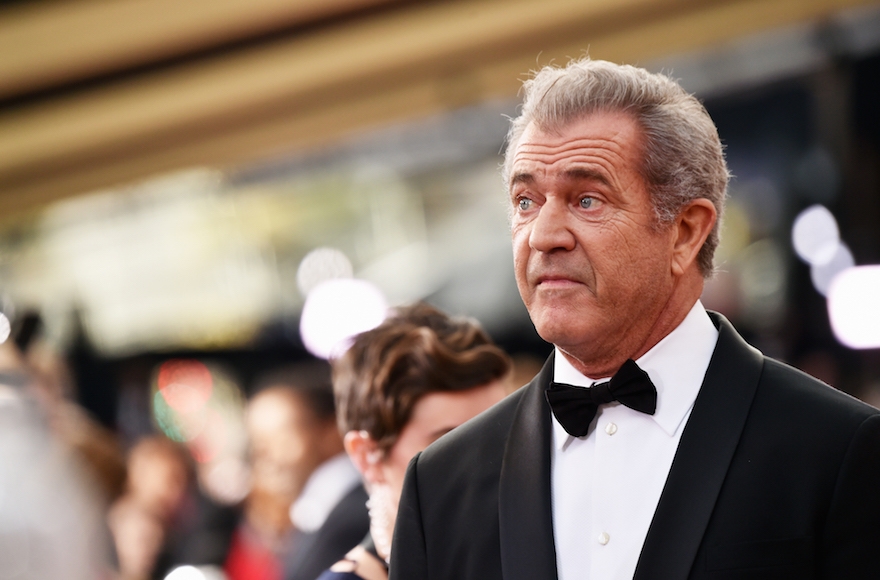 (JTA) — Mel Gibson clearly knows he has a long road to winning back support from the Jewish community. But it seems as if he is willing to try.

The movie star — known for a drunken anti-Semitic rant and promoting the idea that the Jews killed Jesus in “The Passion of the Christ” — has been donating to a Holocaust survivor aid project, Extra reported on Friday.

The Survivor Mitzvah Project, started by comedic actress Zane Buzby, will be honored by the Anti-Defamation League in Los Angeles on March 30. The project provides financial aid, home visits and medical supplies to some 1,000 survivors living in the former Soviet Union.

The Extra report didn’t specify how much Gibson has been donating, or for how long.

“Mel Gibson is helping Holocaust survivors in eight countries, it’s remarkable,” Buzby said. “I have a great respect for people who turn their lives around, and I think that everyone makes mistakes in life, and I think the real proof of what kind of human being you are is what you do with that mistake. He’s educated himself. He’s done philanthropic work now, and I think that actions speak very loudly … and his actions have helped a lot of people.”

In 2006, two years after releasing “The Passion of the Christ” (which, despite a message many critics saw as anti-Semitic, garnered over $600 million in box office sales and three Academy Award nominations), Gibson was pulled over in Malibu, California for driving drunk. The police officers who detained him reported that he said, among other anti-Semitic things, that Jews were “responsible for all the wars in the world.”

Gibson apologized shortly after the incident, but many Jews deemed it insufficient.

The actor spent the next decade in relative obscurity but made a comeback last year when “Hacksaw Ridge,” a World II epic that he directed, earned widespread acclaim. The film garnered six Oscar nominations, including one for Best Director.

Gibson shouldn’t expect a similar embrace from Jews just yet — but donating to Holocaust survivors is a start.