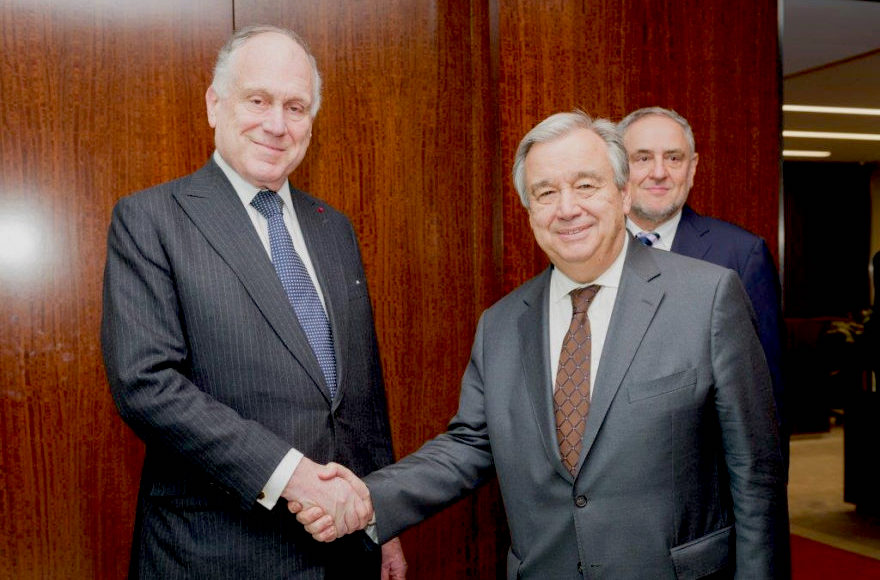 A statement Wednesday by the WJC said Lauder and Guterres met earlier in the week in New York, and that Guterres repeated comments he had made to Israeli radio in which he noted the existence of a Jewish temple in Jerusalem 2,000 years ago.

Palestinians in recent decades have sought to undercut overwhelming archaeological and historical evidence of an ancient Jewish presence in the city.

The WJC statement said that Guterres would do what he could to stem anti-Israel initiatives at the United Nations and its affiliates. Guterres said he could not keep the U.N. Human Rights Council from passing anti-Israel resolutions.

The statement noted Guterres’ role last week in getting the U.N. Economic and Social Commission for Western Asia to remove from its website a report accusing Israel of apartheid.

Guterres’ office did not respond to a request for comment.