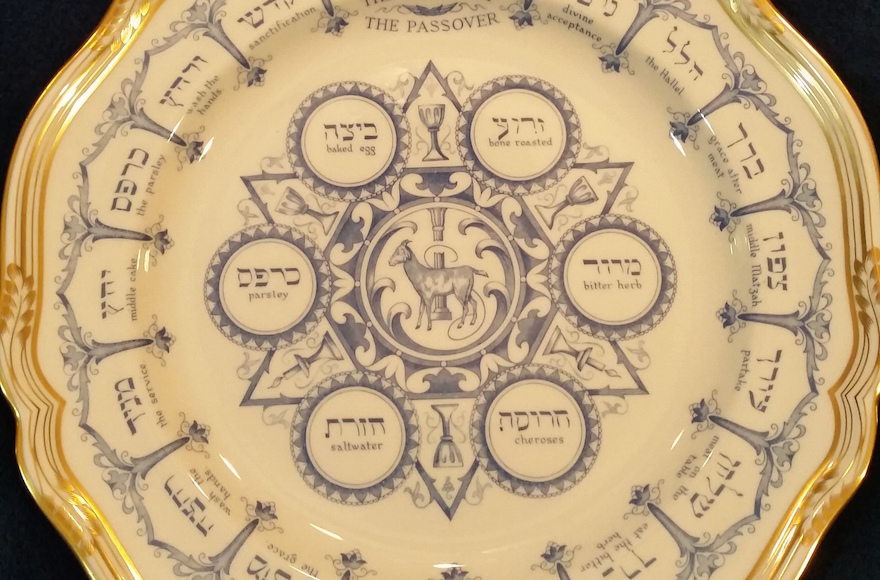 This seder plate would have normally have been sold for around $100. (Courtesy of J. Greenstein & Co.)
Advertisement

(JTA) — This is not a joke: A seder plate owned by the late Joan Rivers will be auctioned off after Passover this year.

The Jewish comedy legend’s seder plate, made in the 1980s by Spode Judaica in the United Kingdom, will be auctioned April 24 at J. Greenstein & Co. in Cedarhurst, New York.

“If it didn’t belong to Joan Rivers, a used one like this would probably be worth about 100 bucks,” auction house owner Jonathan Greenstein said in a news release. “But this one is worth about $5,000 because it belonged to her.”

Greenstein & Co. will also auction off a passport that belonged to Zeev Jabotinsky, the Russian author and founder of the Revisionist Zionist movement.

As The New York Times notes, J. Greenstein & Co. has previously auctioned off a menorah owned by Sammy Davis Jr., a piano owned by Shlomo Carlebach and a Judaica collection owned by Alan Dershowitz.

The last Passover countdown checklist you will ever need