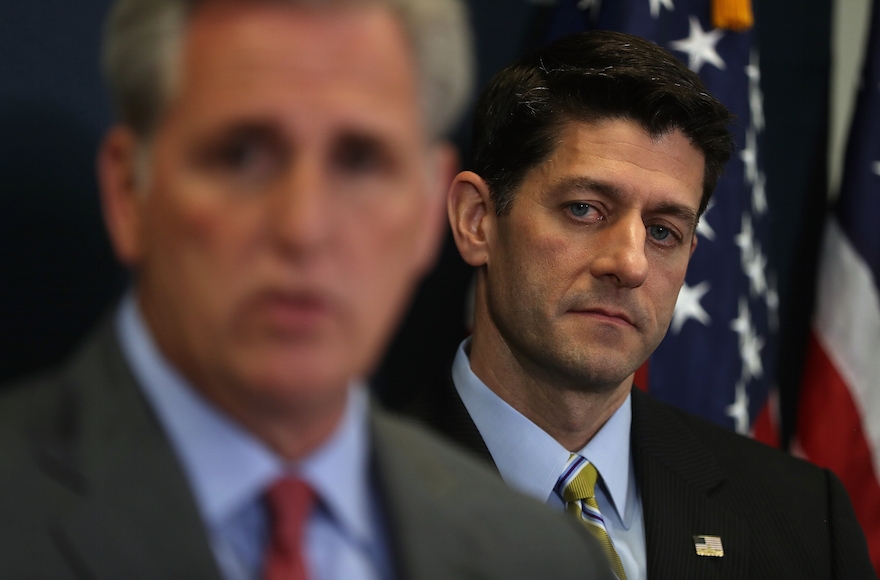 The letter sent Wednesday by Eric Goldstein, the CEO of the UJA-Federation of New York, opposes provisions in the bill that would shift funding for Medicaid to block grants given to states. It added that the bill could lead to the loss of coverage for hundreds of thousands of New Yorkers.

A Congressional Budget Office score of a recent version of the bill predicted it could lead to 24 million people losing coverage in a decade.

The bill is due to come to a vote in the U.S. House of Representatives on Friday. Its passage is uncertain.

“We have grave concerns about the potentially disastrous impact of the American Health Care Act (AHCA) on hundreds of thousands of low income New Yorkers and the organizations that serve them,” the letter said. “We are deeply concerned that the proposed AHCA legislation will devastate our frailest: the elderly, the disabled, mentally ill, developmentally disabled and children in foster care. We implore Congress to instead craft a bill that will improve Medicaid access, quality, efficiency, and sustainability, and we are happy to work with you on such a framework.”

“These cost shifts would mean that previously covered populations would be turned away from vital services,” the letter said, referring to provisions in the AHCA. “These reductions will impact both social service agencies and the vulnerable clients they serve, as non-profit providers and philanthropy would be incapable of bridging these prohibitive gaps in coverage.”