Don’t pass over these 8 new books for spring 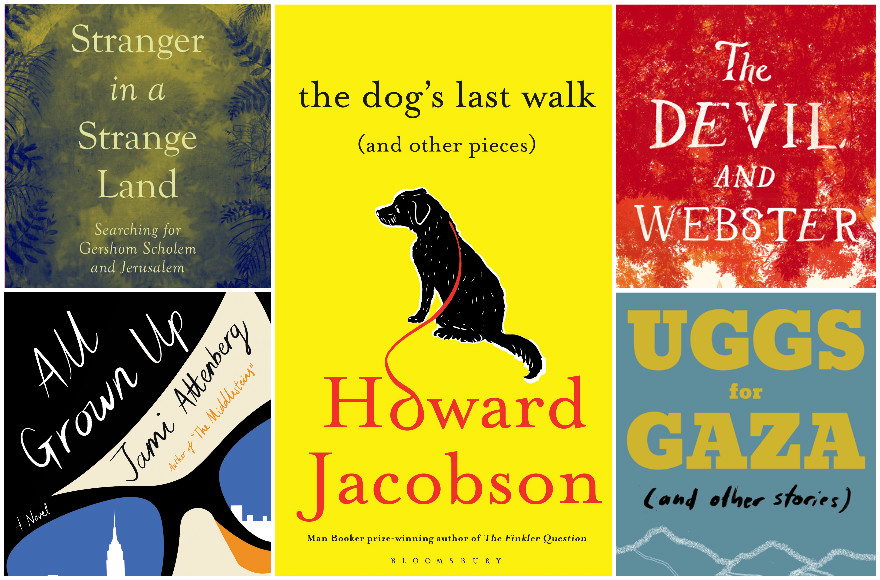 Clockwise from top left: "Stranger in a Strange Land: Searching for Gershom Scholem and Jerusalem" (Other Press); "The Dog's Last Walk (And Other Pieces)" (Bloomsbury); "The Devil and Webster" (Grand Central Publishing); "Ugg for Gaza (and other stories)" (Dutch Kills Press); "All Grown Up" (Houghton Mifflin).
Advertisement

(JTA) — You know the story: When the Israelites made their exodus from Egypt, they fled in such haste that they did not have time to grab even some light reading. And it would still be some time until Moses announced that new first edition from Mount Sinai.

As Passover approaches, we don’t want you to suffer the same misfortune. So here are eight intriguing new Jewish books, in a range of genres, that you can grab right now — printed on crisp papyrus or downloaded directly to your, ahem, tablet.

All Grown Up (Houghton Mifflin Harcourt)
By Jami Attenberg 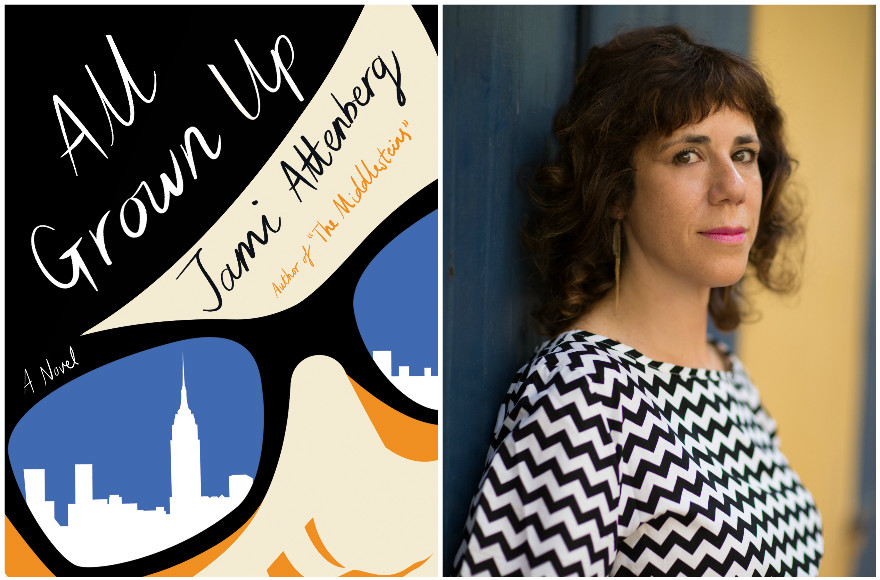 From the best-selling author of “The Middlesteins” comes an exceedingly funny but also tautly wrought tale about Andrea Bern, an almost-40 Jewish New Yorker who is outwardly proud to be single and child free — but with some drugs and a little too much drinking on the side. When her niece is born with a tragic illness, Andrea’s entire family and extended circle re-examines what matters most and exactly what it means to “act your age.” Overall it’s a punchy, poignant take on pushing against society’s expectations, and what happens when life unexpectedly — as it always does — pushes back. 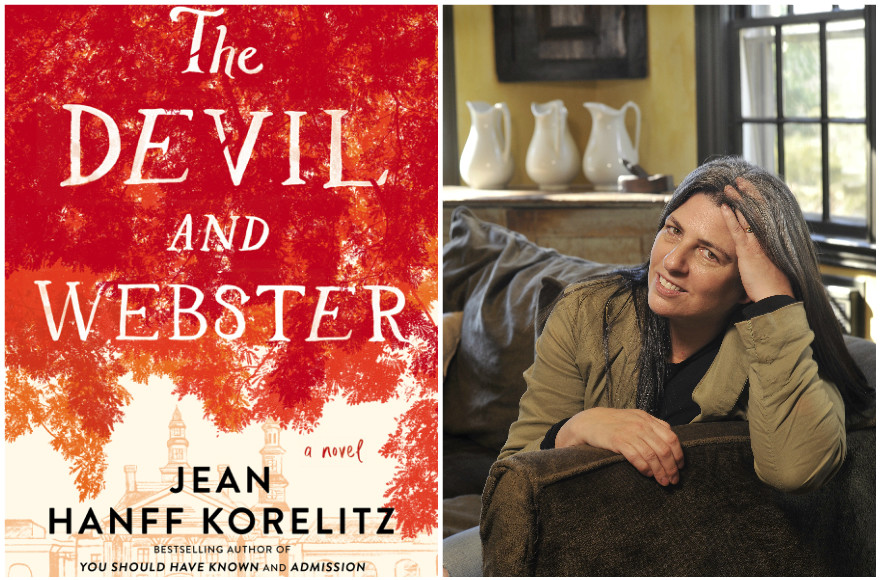 Naomi Roth is both the first female president and the first Jewish president of Webster College, a fictional representation of one of those tony, liberal academic bastions we’ve been reading so much about recently. And, of course, it becomes the site of a student protest after a popular professor is denied tenure. But when Roth’s own daughter joins the fray, and a charismatic Palestinian student emerges as the movement’s leader, Naomi must contend with crisis on multiple fronts. Korelitz’s sixth novel is a topical page-turner and literary mystery, and as the revelations flow, it becomes a reflection on how easily the truth can be bent. 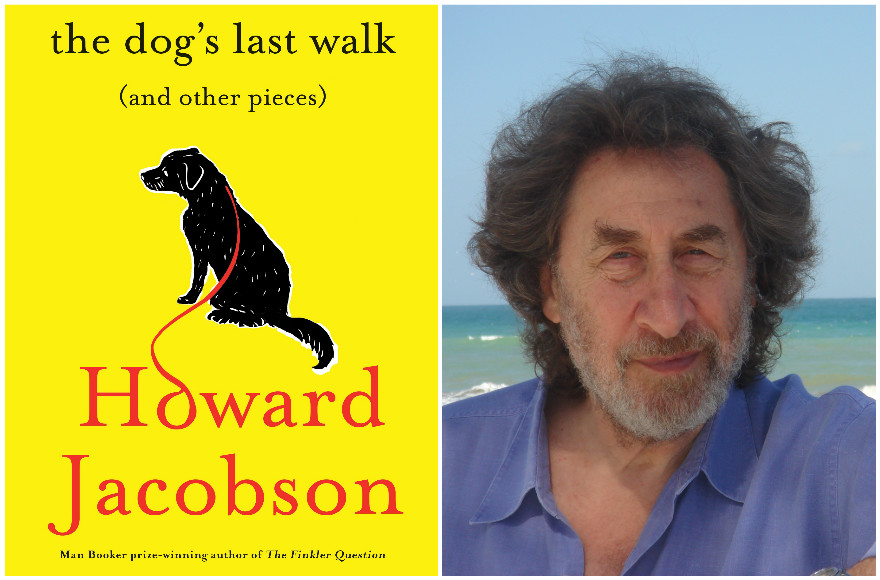 Jacobson’s newest collection of journalistic essays from The Independent — available now as an e-book; the hardcover lands this summer — allows you to digest and enjoy the Man Booker Prize-winning novelist’s writing in smaller bites. (It’s 90 short essays in a book of some 300 pages.) The prolific Jacobson waxes poetic — and provocative and playful and poignant, often from a distinctly Jewish perspective — on a wide range of tiny topics and broad observations with pieces such as “God is Me” and “How to Live Forever.”

The Story of Hebrew (Princeton University Press)
By Lewis Glinert 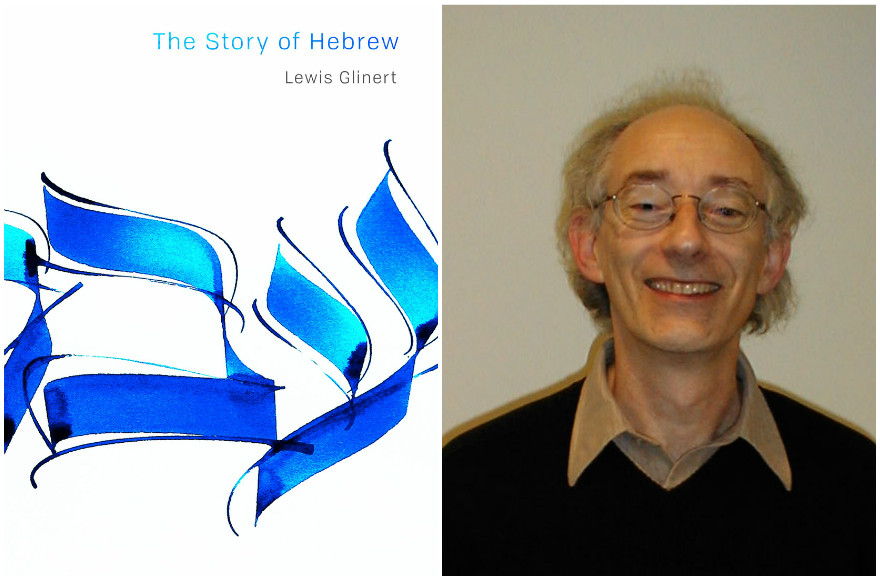 “The Story of Hebrew” by Lewis Glinert (Princeton University Press)

In this meticulously researched but highly readable work of scholarship by Glinert, the Dartmouth professor tells not just a history of the Jewish language but, indeed, its story. From the opening lines of Genesis to its modern Israeli incarnation, Hebrew has packed more symbolic power than almost any other tongue. Hebrew has inspired both Jews and Christians, once provided a linguistic conduit to early Greek and Arab science — even the early American colonists used it to cast themselves in their own narrative as new Israelites. Such stories and quotes populate an entertaining account that should also serve as a fundamental text for any student of language or Jewish history.

Stranger in a Strange Land: Searching for Gershom Scholem and Jerusalem (Other Press)
By George Prochnik 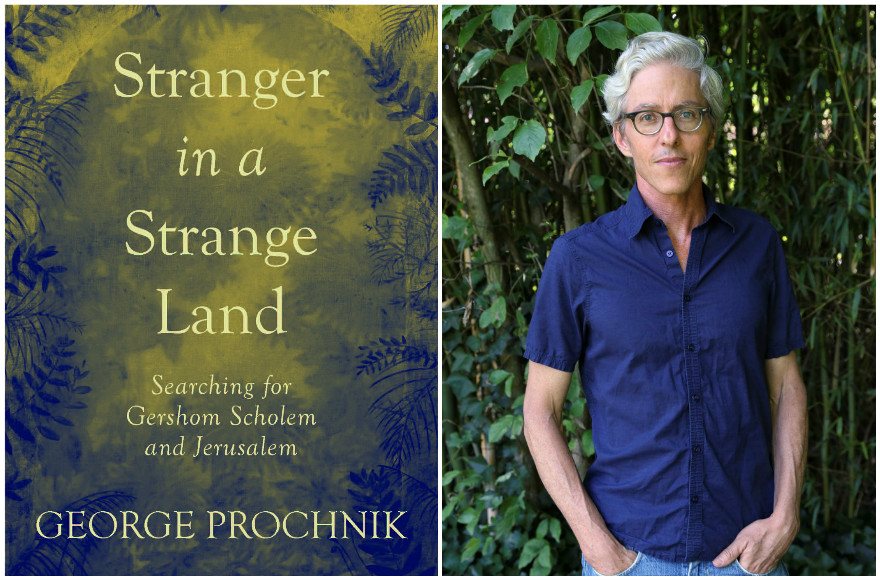 “Stranger in a Strange Land: Searching for Gershom Scholem and Jerusalem” by George Prochnik (Other Press/Elizabeth Prochnik)

Part biography of Gershom Scholem — the 20th-century thinker whose “radical” reading of Kabbalah fueled the modern study of Jewish mysticism — and part memoir of Prochnik’s own search for meaning in modern Jerusalem, this substantial tome is an intricate study of how people of faith struggle to reconcile their beliefs with the real world. Prochnik, a 2014 National Jewish Book Award winner (for “The Impossible Exile: Stefan Zweig at the End of the World”), delves into Scholem’s evolution as a cultural Zionist in the face of nationalist passion in one narrative while wrestling with an inability to balance love for the Jewish state with the dehumanizing situation in Gaza and the West Bank in the other. It may not make for light reading, but those who enjoy probing the irreconcilability of the spiritual and the physical will find much to love in this book. 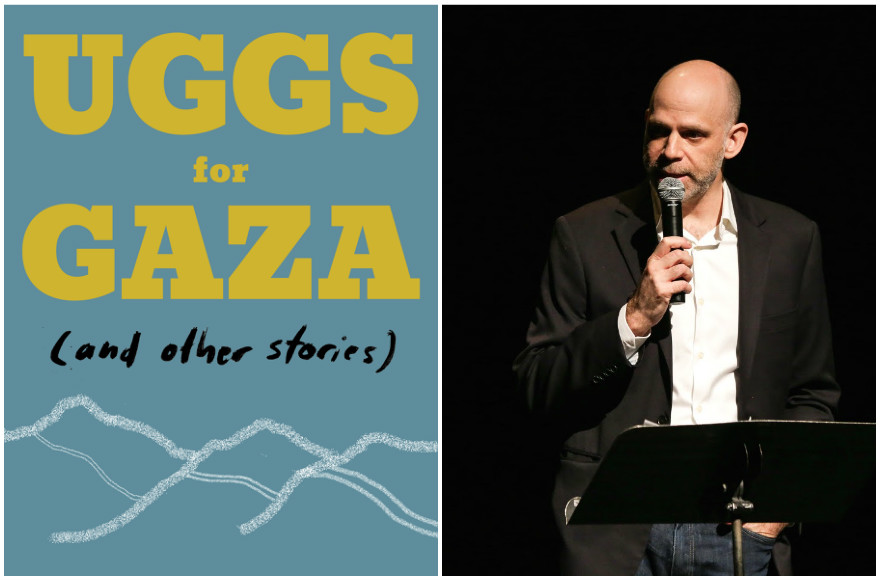 Whether you find the title intriguing, irksome or inspired, you’ll likely be drawn into this debut short-story collection by Haber, who is known for his nonfiction writing on religion and culture. Funny often in a dark way, Haber’s stories explore Jewish characters finding their way through remarkable situations: a Jewish infantryman in the Korean War, for example, or an adjunct professor who can’t read his students’ essays without vomiting. Then there’s the poor schlub of the title story, who lies to a pretty girl about running a nonprofit that sends Australian boots to Palestinians — and ends up going through with it. 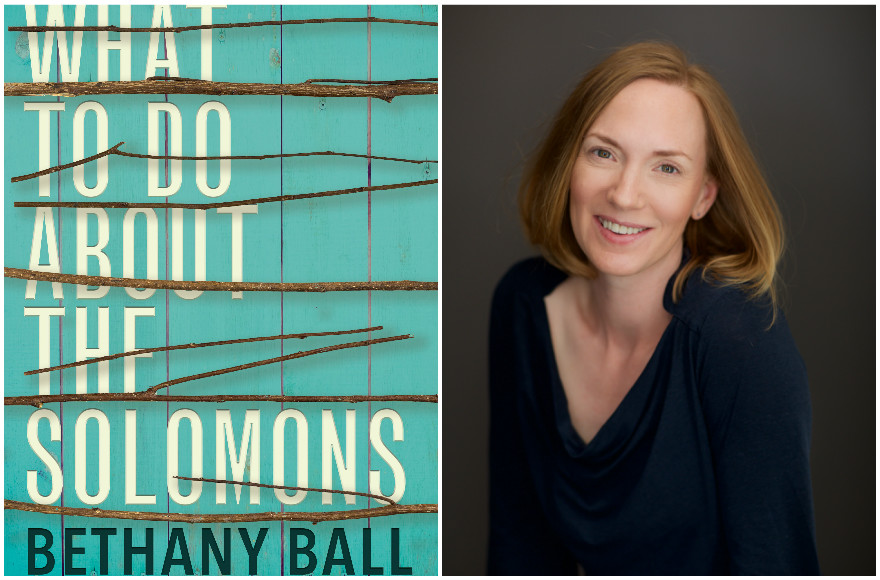 In her fiction debut, Ball has formulated a fast-paced, multigenerational, dysfunctional family drama that also bubbles over with humor and intrigue — essentially what you might expect (or hope for) from a tale of a kibbutz family and its scattered, colorful offspring. With beautiful language and sordid details, the narrative bounces from Israel to New York to Southern California and beyond (and back and forth), with plenty of gossip gone wrong and dark secrets in between. Early critical responses are drawing comparisons to Nathan Englander and Jennifer Egan — or as a Booklist review put it, “Try Eudora Welty with sex and Jews.”

Wherever You Go, There They Are: Stories About My Family You Might Relate To (Blue Rider Press)
By Annabelle Gurwitch 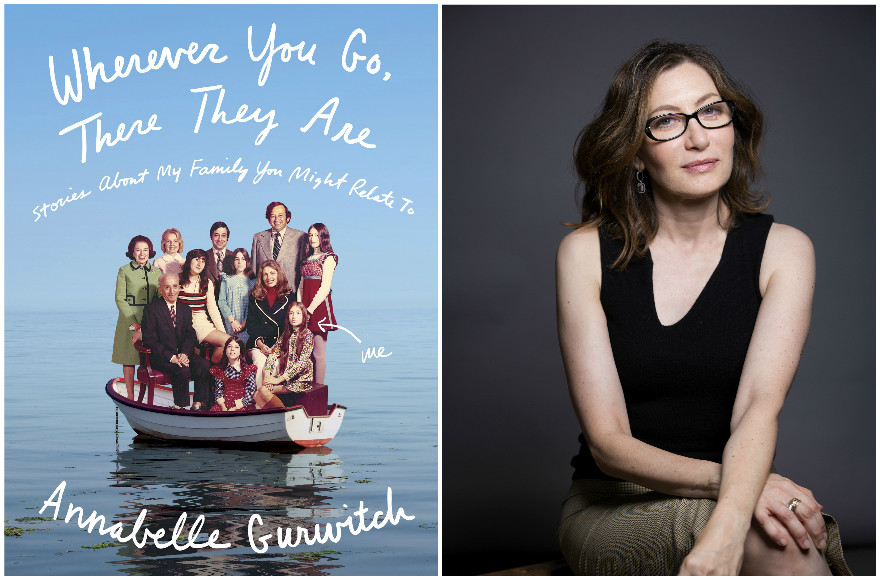 “Wherever You Go, There They Are” by Annabelle Gurwitch (Blue Rider Press)

This collection of essays from the actress and New York Times best-selling author provides ample comic relief and reflection as the rest of us gather ’round the seder table with our own “mishpocha.” Of course, not all of us can claim a Southern Jewish lineage of “bootleggers, gamblers, and philanderers,” but Gurwitch’s clever and provocative prose should hit anyone’s funny bone — while her social commentary, on topics such as wealth and Hollywood culture, and poignant exploration of shared traditions and rituals (both Jewish and otherwise) touches a deeper chord.